Day 16 – First computer you’ve ever owned & your favourite ever

This post is part of my 30 days of geek challenge.

My first computer would technically have been some long-forgotten i386 that I played around with for a bit, however what I would consider my first true computer was the HP Pavilion 4422 that my parents got me – 433mhz Celeron CPU, 64MB RAM (later upgraded to a speed 192MB), 6GB IDE disk, CDROM drive and a CRT :-D

I started off with that computer running Windows 98 and it was on this computer that I discovered Linux and lead me to the path to becoming the ubergeek that I am today. :-)

It’s actually still running, at my parents as their router/firewall/print server with Red Hat 9, but it really needs replacing at some stage.

Here’s a picture of it in the background behind a much younger version of myself busy discussing matters of vital importance, such as the coolest QBASIC hacks for all the i386 computers in the background to the left. 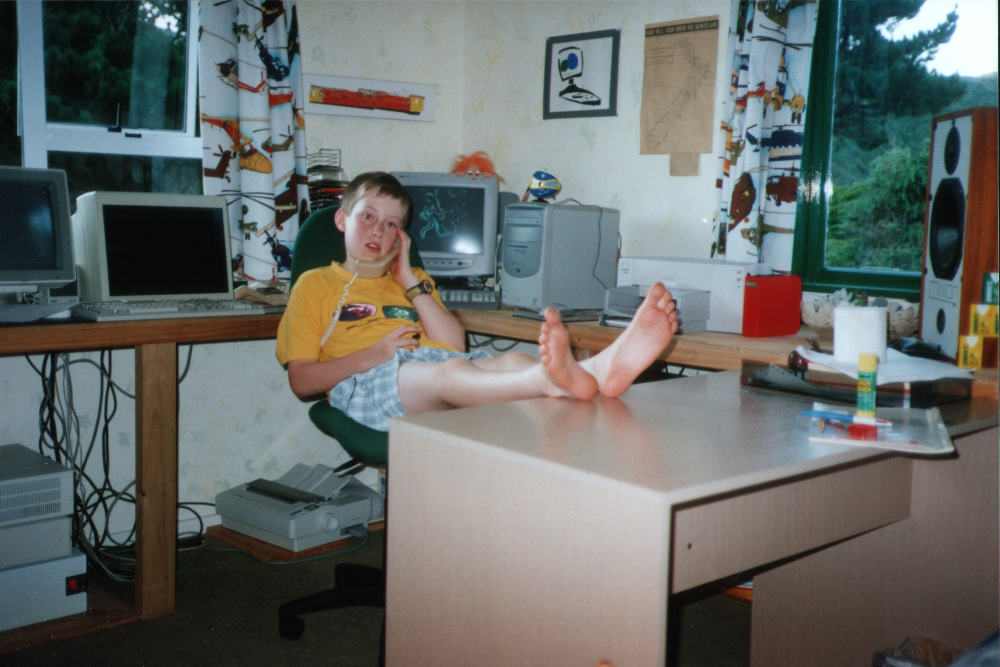 My favourite computer ever would have to be my Toshiba Libretto U100 ultra-light laptop. The Toshiba Libretto series predated netbooks and packed pretty serious punch for their time, with a Pentium M 1.2Ghz, 1GB RAM, 60GB disk and a sub 1KG weight.

Words and pictures can’t really describe how small or light this laptop is, it’s barely larger than a VHS tape and incredibly cute.

I still have two of these laptops, however I had to upgrade this year, as the 1GB of RAM just couldn’t cut it any more and my almost 24×7 operation of the laptop since I got it in 2006 has left it slightly unstable and it had started crashing randomly.

But definitely my favourite machine ever, they are quite amazing. :-) I’m starting a collection, currently have two of the U100s (both the white and the blue models) as well as an early classic Libretto 50CT. 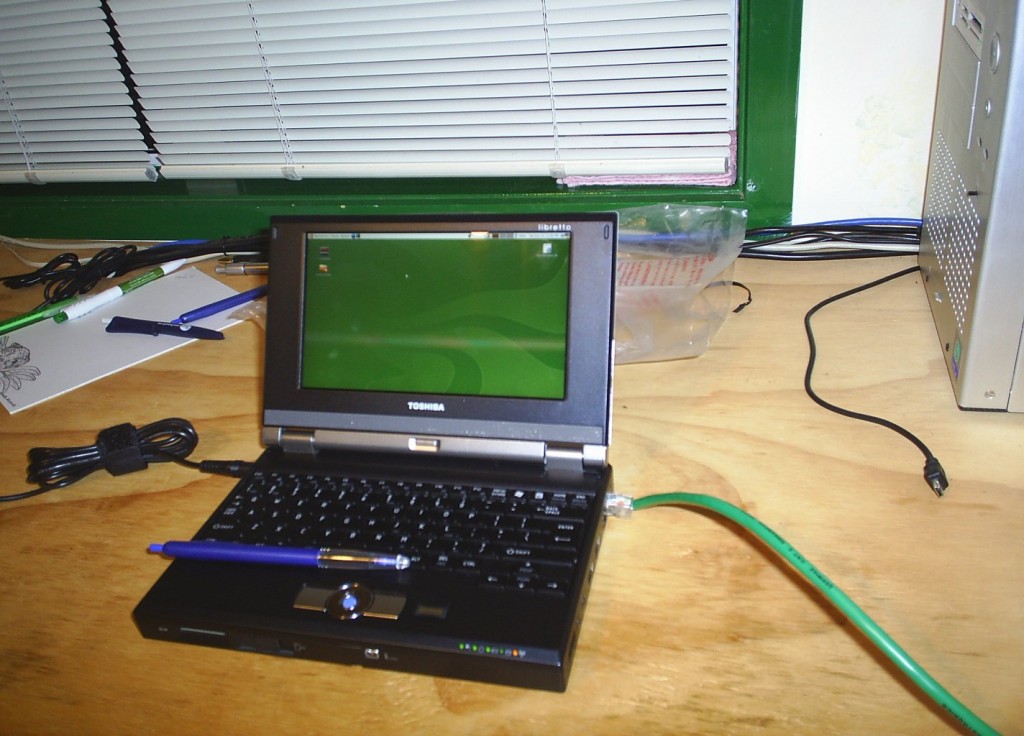