OK, technically there is no LCA day 07, but seeing as it was the last day in Brisbane I figured I could get away with it, without needing to create a separate heading. ;-)

Firstly, I found an awesome pic of me by Andrew McMillian aka Karora on Flickr which clearly demonstrates my need for a haircut: 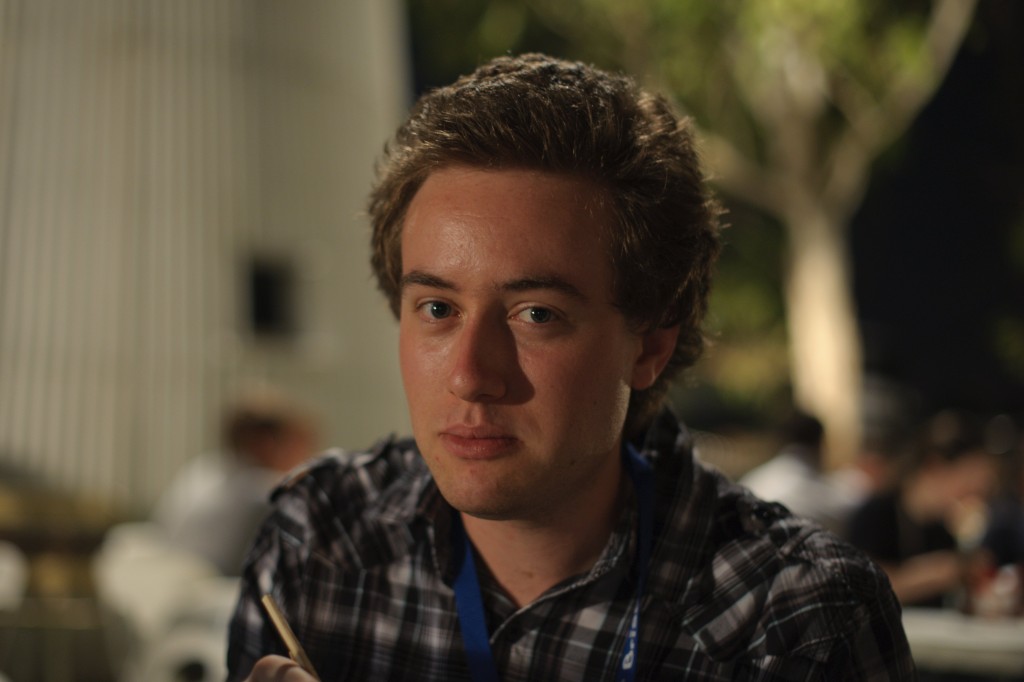 Me at the Professional Delegates Networking Session (pic by karora)

I spent the morning catching up on sleep and then after packing, I headed into Brisbane Times Square to attend a Fedora meeting at the library.

After that, I headed back to Urbanest by walking from the library, across a bridge and then along southbank back to the accommodation. 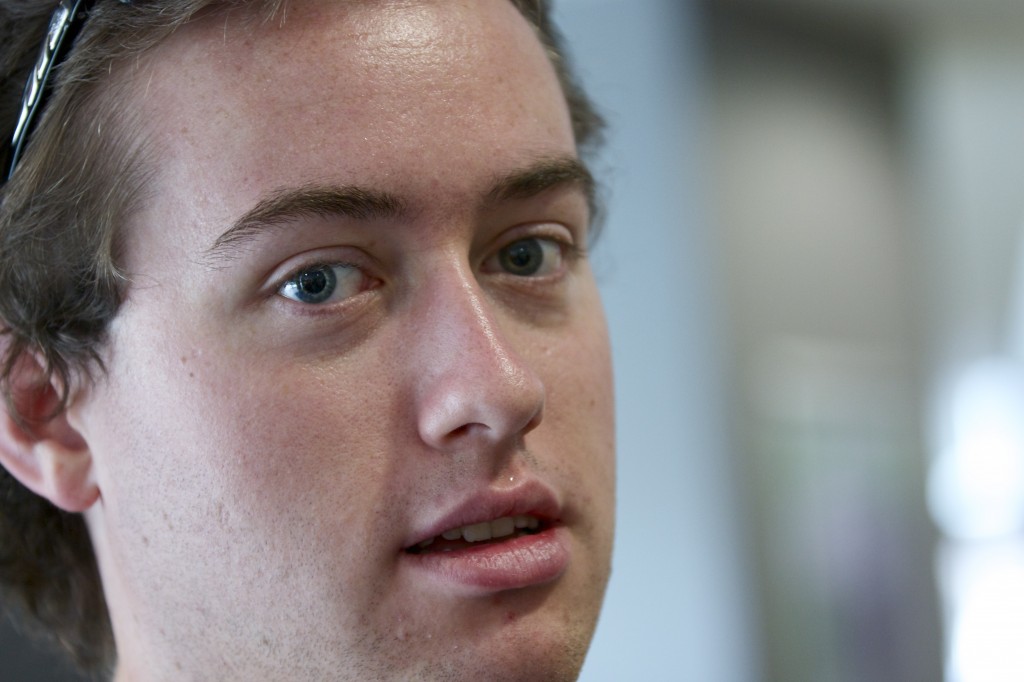 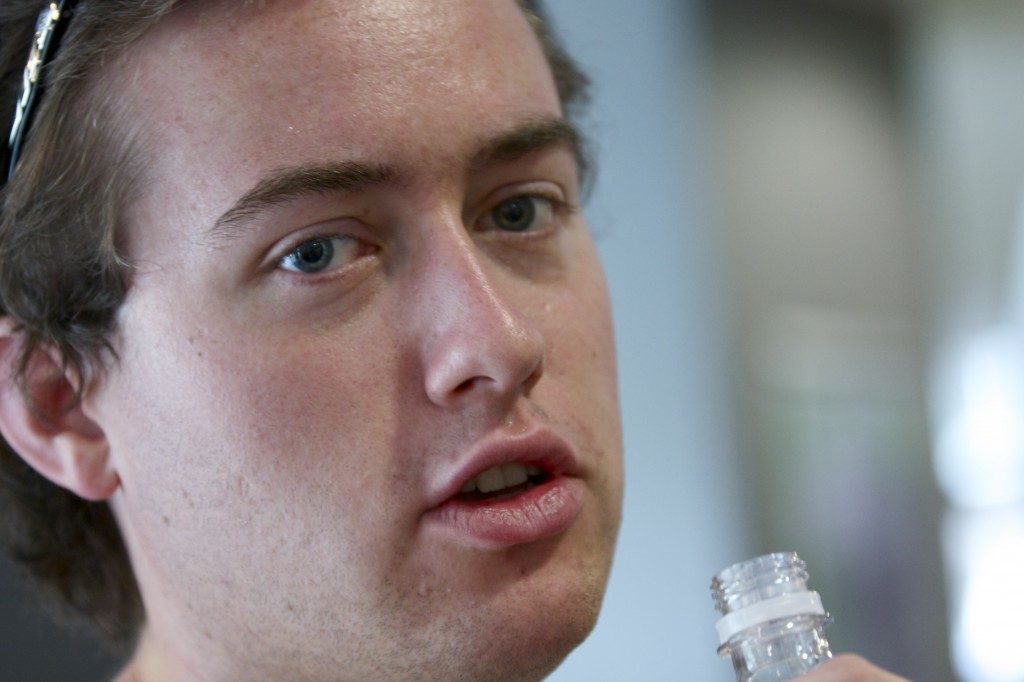 Photoshop the bottle & caption if you dare ;-) (pic via @chrisjrn)

I then caught the AirTrain with @chrisjrn and another guy to the Brisbane Airport – I have to say, I love the AirTrain – it’s fast, easy, comfortable and cheap to get to/from the airport or any station along the gold coast. 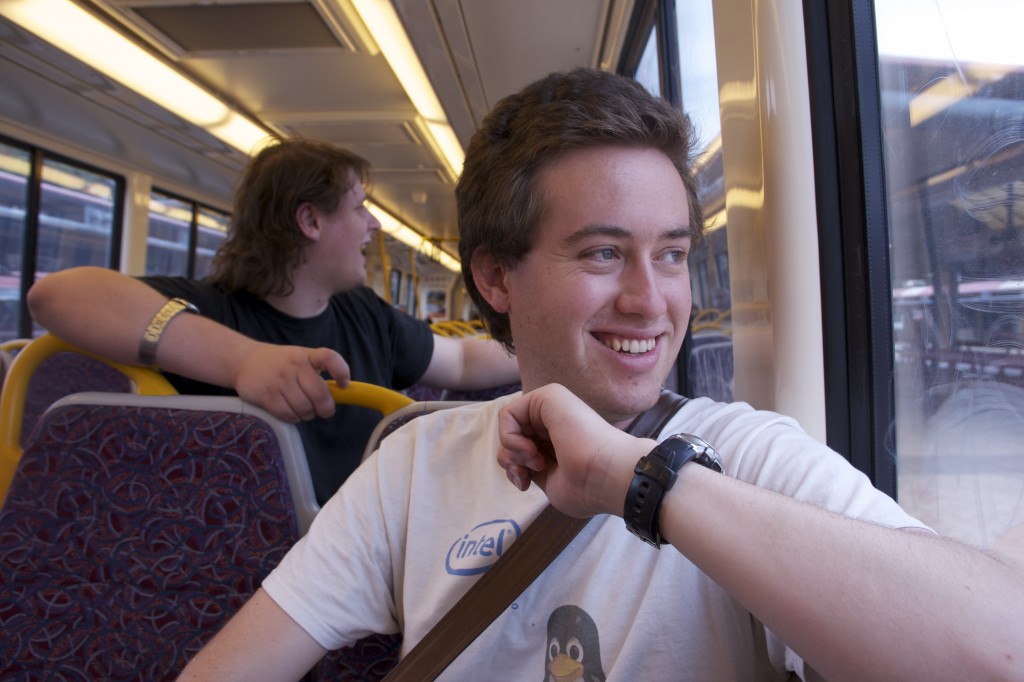 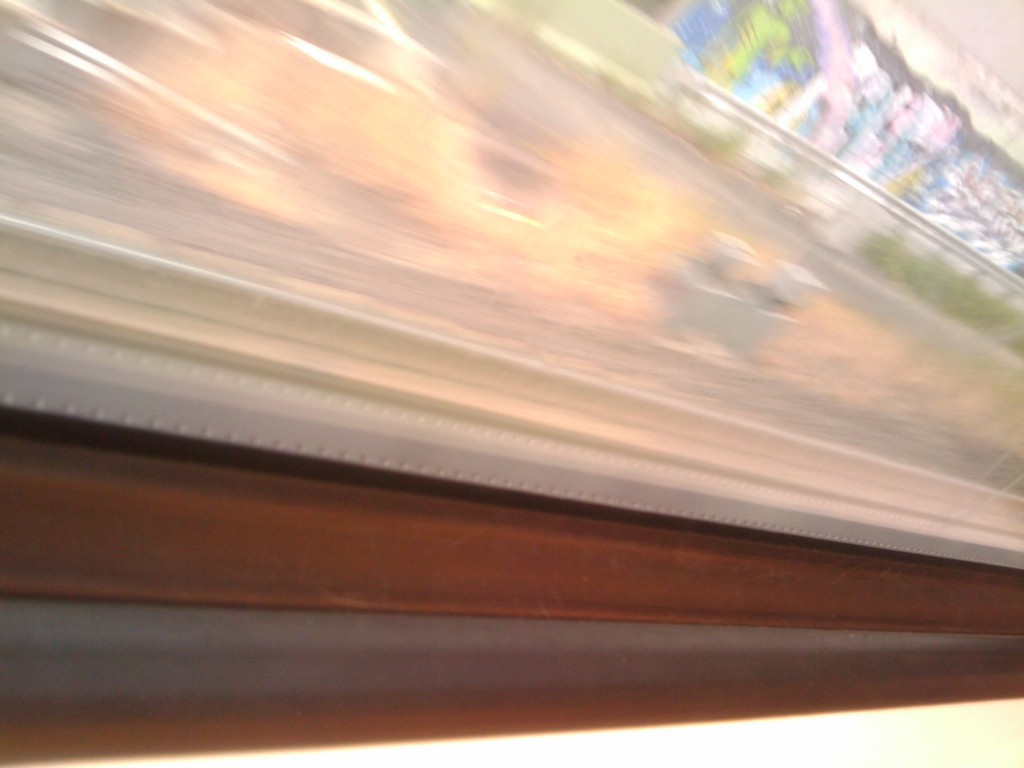 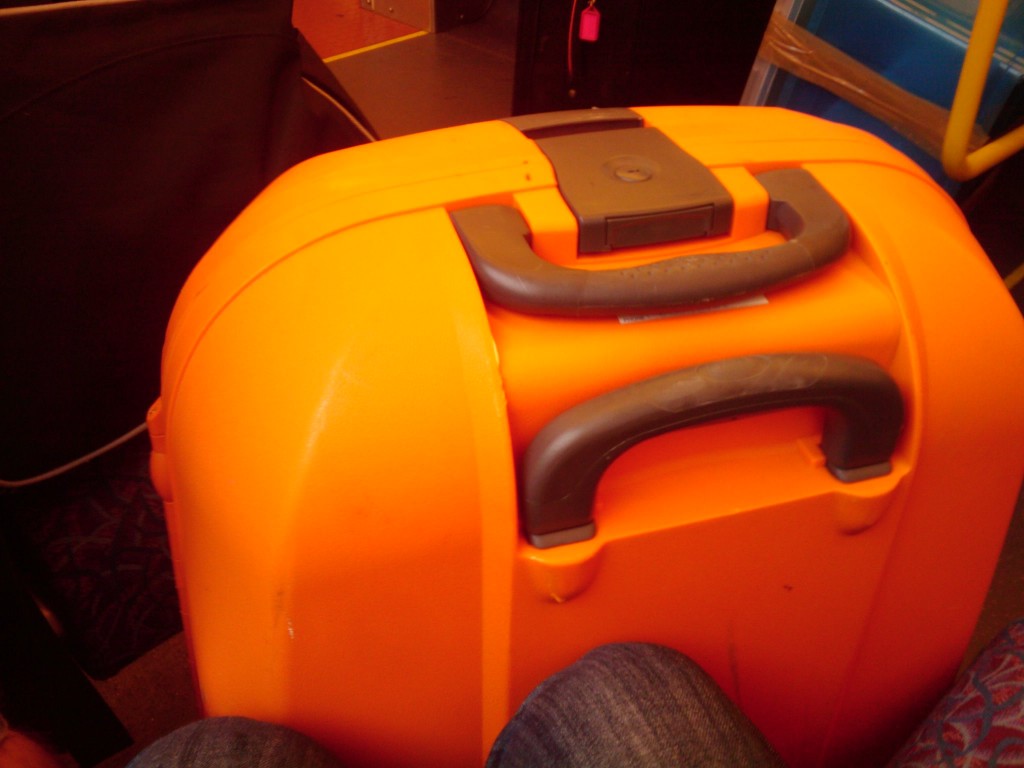 Brisbane Airport is pretty decent, didn’t take long to get through security, although I got explosive tested *again* which I find somewhat amusing, since they test for explosives far more often than drugs and I’d bet good money as to which one 20-something European males typically carry….

Flight was delayed a little, but made it to Melbourne with 30mins to spare to connect to the Melbourne-Hobart flight.

One oddity from arriving in Hobart was the way they advertise their seal touristy things: 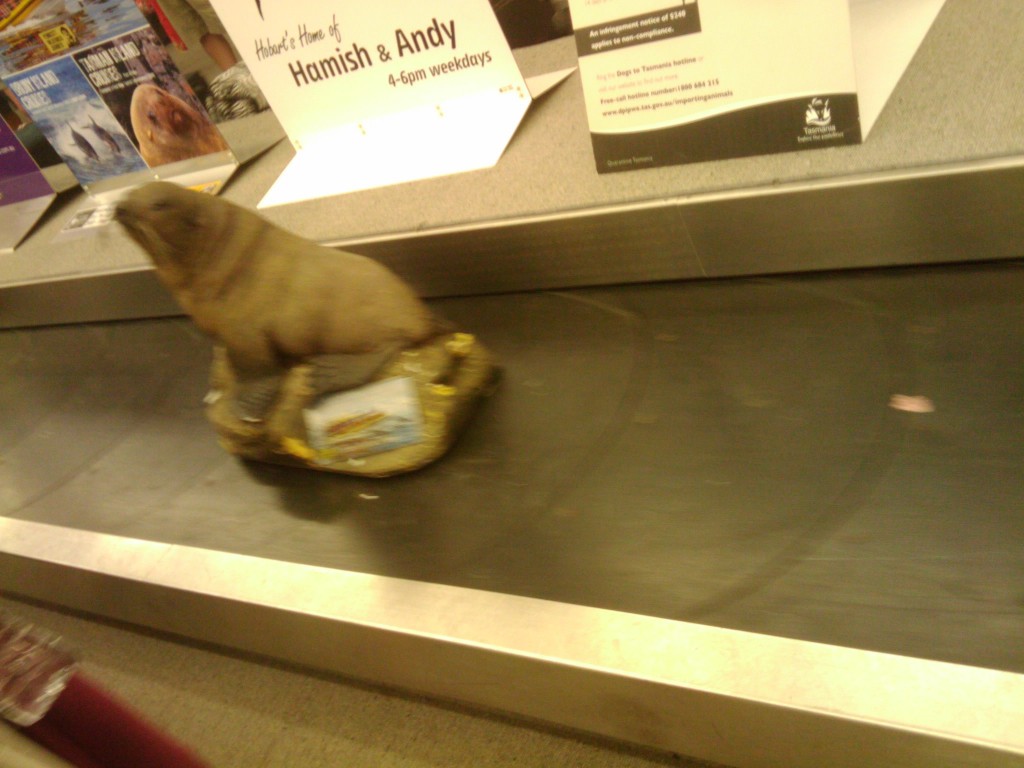