I recently got to play with a nice shiny new IBM x3500 M3 server ordered for a customer to replace a previous IBM x3400 M2 that had become a bit too acquainted with a sprinkler system….

These machines offer a good mix of features that makes them suitable for small and medium businesses, with the option for both SAS and SATA drive, dual CPU sockets and up to 192GB RAM in a (large) tower format. 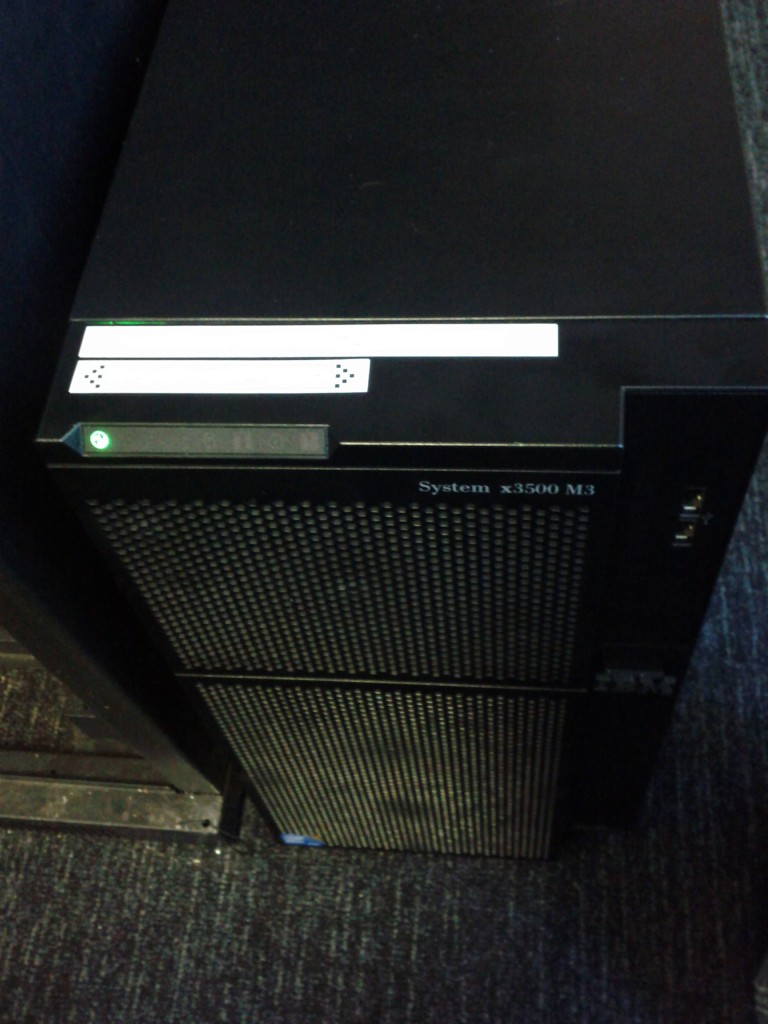 Whilst not for everyone, I love the IBM xseries industrial design.

The only issue is that they sometimes miss certain handy features that competitors like Dell are shipping in their machines – one such feature being ESATA, which I find really handy for small business customers doing backups onto external hard disks.

With the x3500 M3 the server ships with UEFI instead of a legacy BIOS, sadly it doesn’t seem to speed up the server boot time but hopefully as they start to build a better design around UEFI this issue will improve in future releases.

I still have high hopes for what they could accomplish with UEFI, but so far it seems to be mostly a system for booting a BIOS-like mode so I’m not sure what has actually been accomplished other than to add more layers worthy of Inception.

As standard these machines ship with a single power supply, for redundancy you will probably want to order the Redundant Cooling & Power kit to get a second supply, along with several more fans you don’t really want or need.

(Tip: On older models, if you dislodged any fans by accident, the server will think there’s been a fan failure and will run all the other fans at maximum speed which is incredibility loud. In normal operation, it should be reasonably quiet with the fans speed dynamically slowing.) 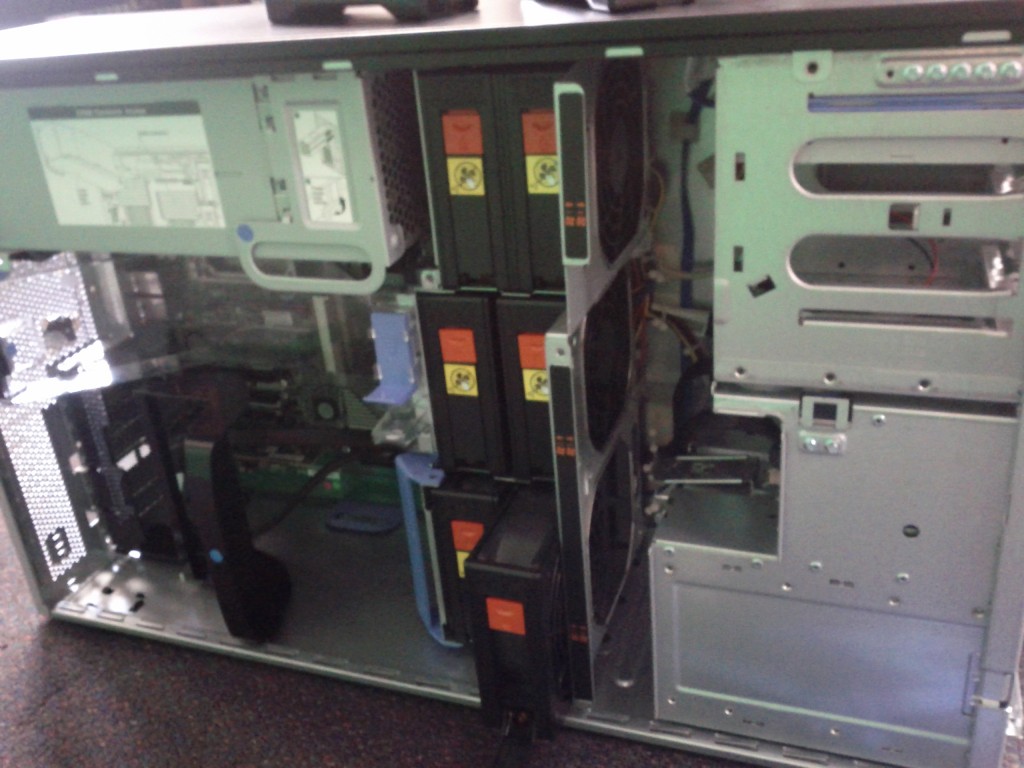 Enough fans for a small hurricane.

IBM is moving towards 2.5″ drives being the size of choice, so take care when ordering disks to suit. In the case of the model we purchased, it shipped with 8x 2.5″ SATA/SAS bays as well as a big general bay area and mounts of older existing 3.5″ disks.

I presume this large bay is where additional 2.5″ bays could also be installed if you have particularly large storage requirements. 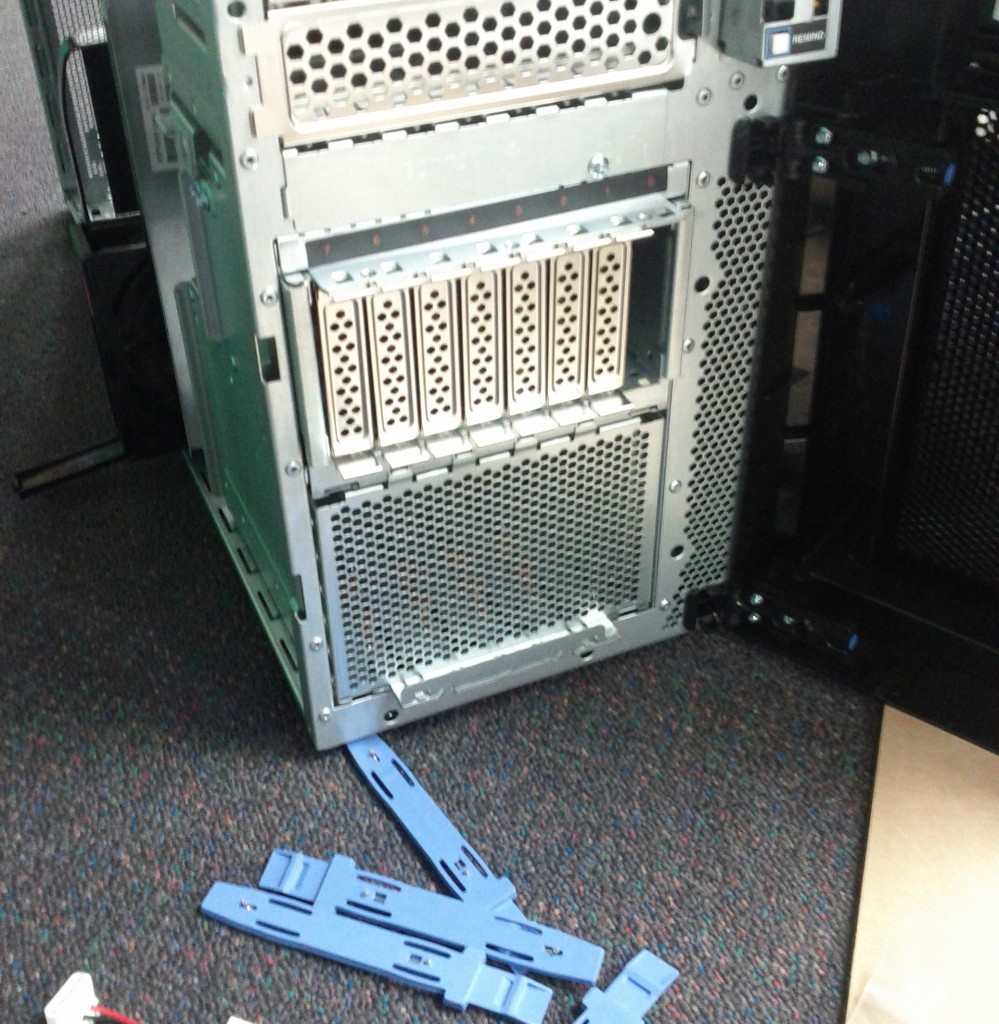 I do love the tiny new 2.5" drives, pitythey can't reduce the size of the rest of the server to suit....

Most likely you’ll be ordering the machine with additional memory to install, take note that these servers (like many of IBMs) are particularly explicit about which slot there memory modules must be installed into.

And if you’re ordering a lot of RAM take a careful read of the product manual – what I see with the memory installation instructions hints that certain DIMM slots are only usable with a second CPU. 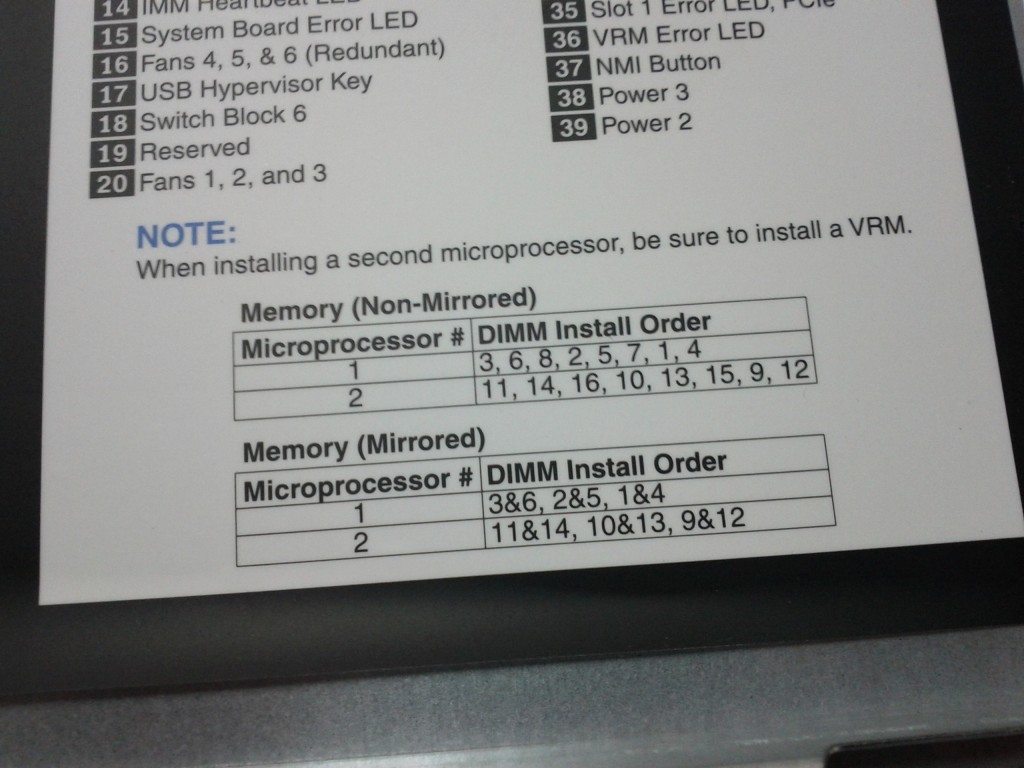 Memory installation instructions are on the side panel/lid.

The best part of the x3500 M3 is that it ships with an IBM Integrated Management Module as a standard feature. This allows full management of the server including viewing the screen all the way from power on, through UEFI/BIOS and to the OS remotely via a web brower, eliminating any need for a network connected KVM.

This is particularly great for us, since a customer who is ordering a tower server typically only has a couple machines at the most and isn’t going to want to invest extra money for remote access – having it as a standard feature makes our lives a bit easier without costing extra. 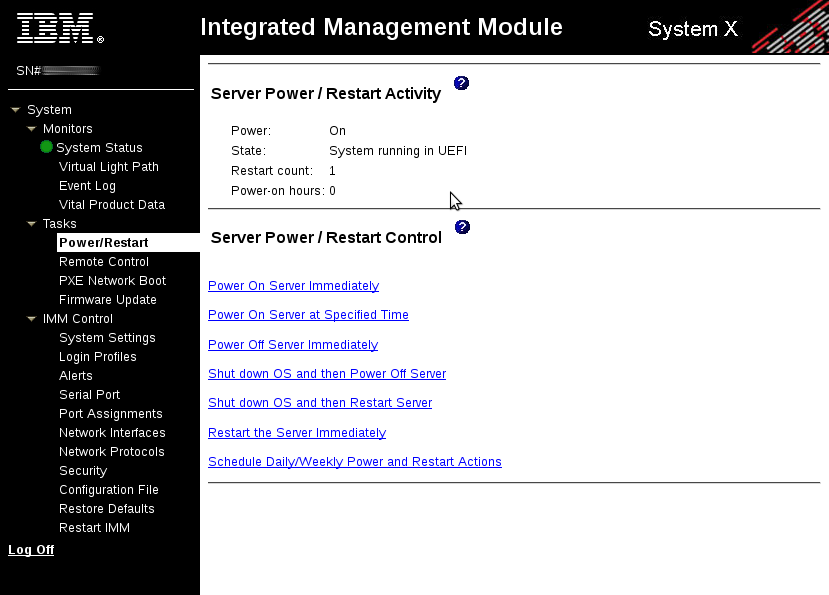 Kernel paniced your box? No worries, a reboot is just a click away!

I was also happy to find that instead of some nasty flash plugin or windows-only application, the IMM browser interface works fine on my Linux machine and even the Java-based KVM functionality works fine under Linux and OpenJDK. 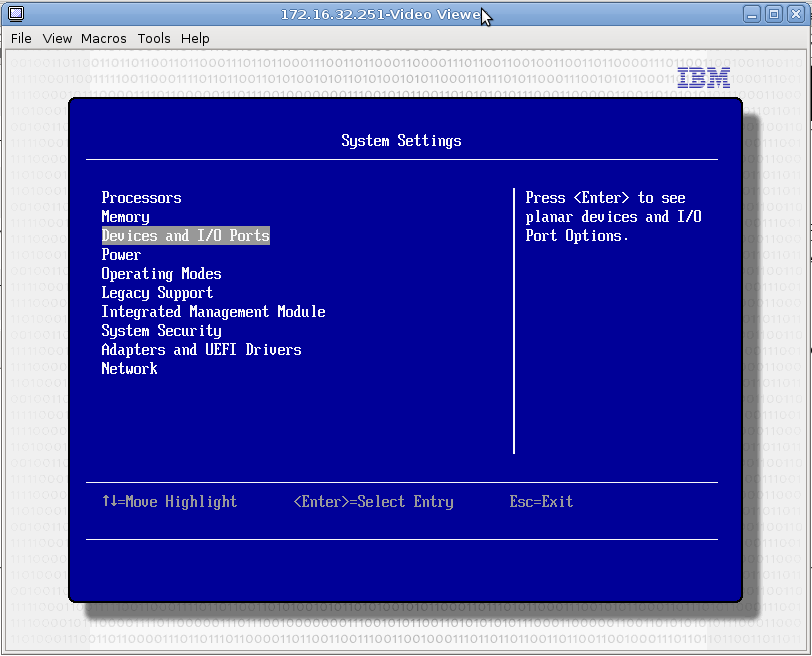 Don't mess with those BIOS settings in that tiny server room, do it from the pub! (or maybe don't, alcohol and BIOS settings sounds like a recipie for disaster....)

The one problem I did have with the IMM is that they made the process of the first login a bit harder than needed, with some obscure default admin user/password details, but then allowing the user to continue to use these insecure credentials for ongoing maintenance of the server.

Naturally you’ll want to change the passwords of the IMM because having randoms login and reboot your server isn’t exactly desirable… You should also setup and force HTTPS as well, to ensure there aren’t any insecure connections established sending keystrokes without encryption.

I think the IBM x3500 M3 series servers certainly have room to improve – they’re physically overly large, UEFI still boots slowly, the H/W RAID configuration interface needs a lot to be desired for and a lack of a built-in ESATA port is very annoying.

But when it comes to the manageability and expandability of the platform, they hold their own and for businesses with a single primary server I think they’re a great option without needing massive investment in management infrastructure.