As part of my daily walk to work in Pyrmont, I pass the impressive Australian National Maritime Museum – considering they have both a Destroyer and a submarine parked in the harbor outside, I could hardly resist a visit for long. :-)

The museum has the usual range of maritime artifacts, exhibits about life at see, immigration, ship guns and steam engines, as well as a few neat items such as a maritime helicopter and small yachts and motor boats suspended inside. 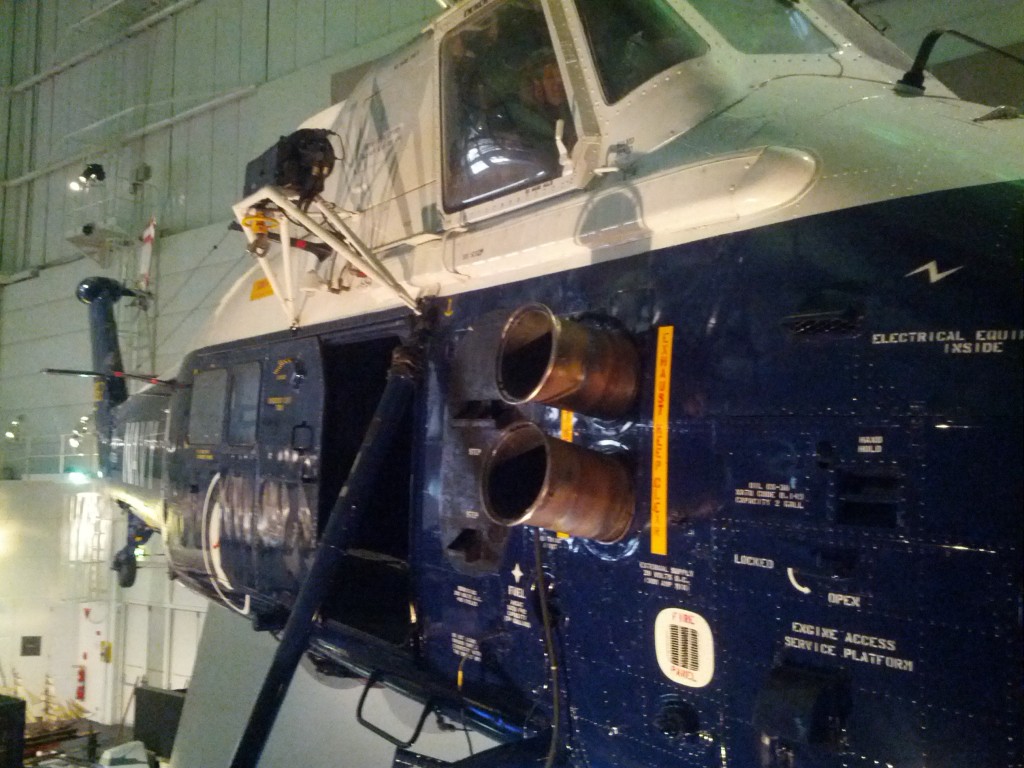 Weird helicopter – kind of looks like some weird bug when viewed from underneath.

Of course for me, the real attraction was what was parked outside… Above or below, either way we have your warfare needs sorted. :-) Nowhere near as large as the cruise ships that now dock at Sydney, but still impressive when looking at them up close.

The best part is that yes, you can board both the destroyer and the submarine and explore them for yourselves! Unfortunately the day that I was there the submarine was closed, but I’m sure I’ll be back at some point and able to go inside it to explore more.

I had a good wander around the HMAS Vampire, a 1956 darling class destroyer built in Australia, and the last generation of warships before weapon systems moved from traditional cannons/big guns to missile based systems. 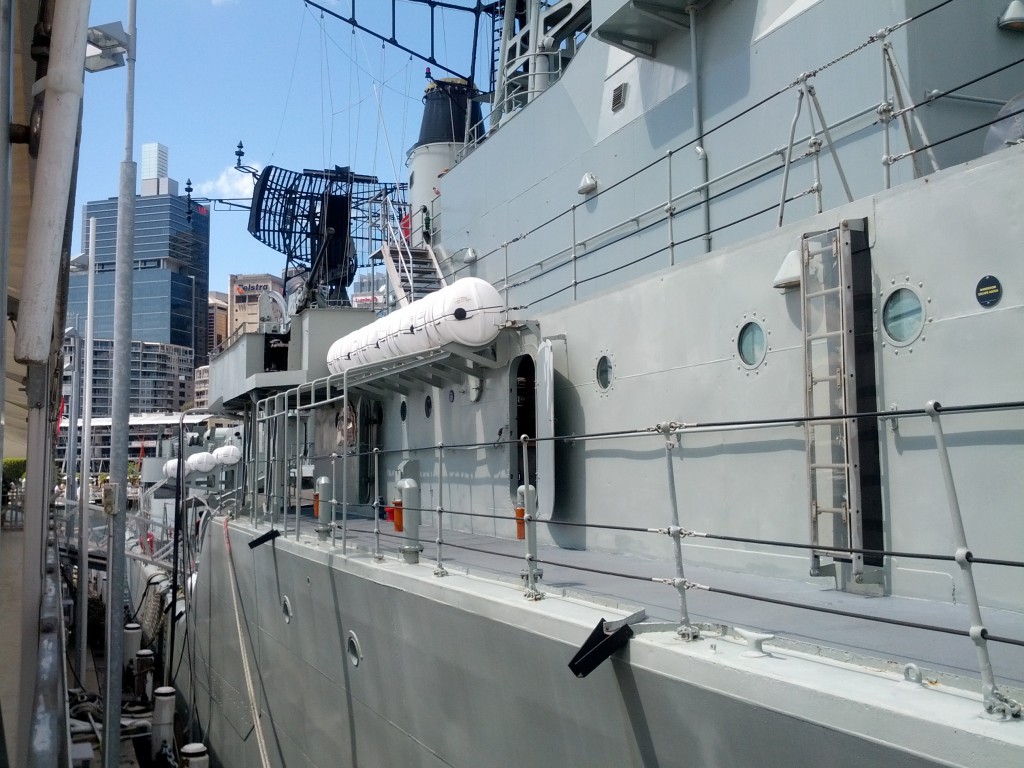 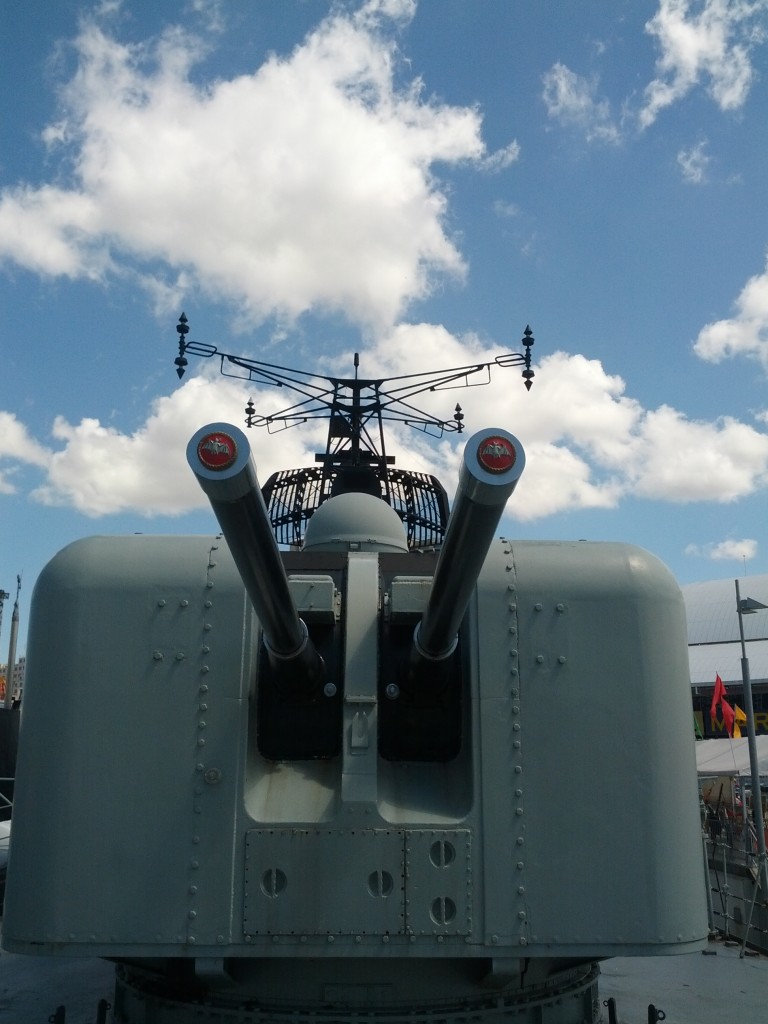 Bit obsolete in the age of the drones and smart bombs, but nothing is quite as impressive as some big cannons. 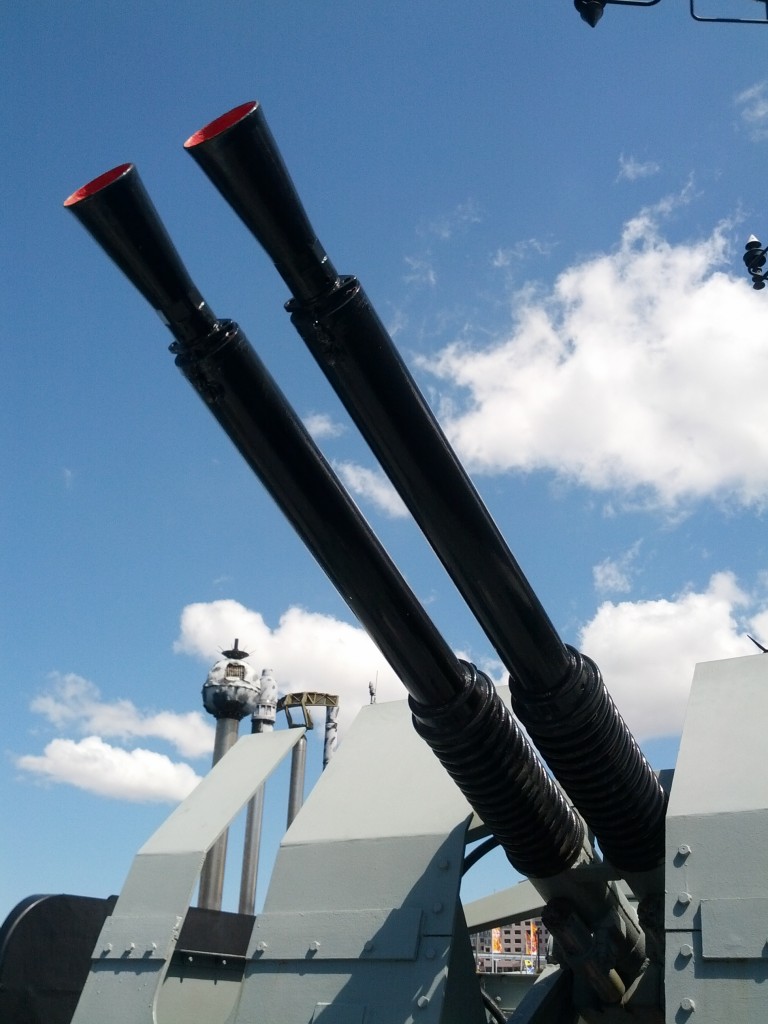 I love the sci-fi look to these AA cannons. 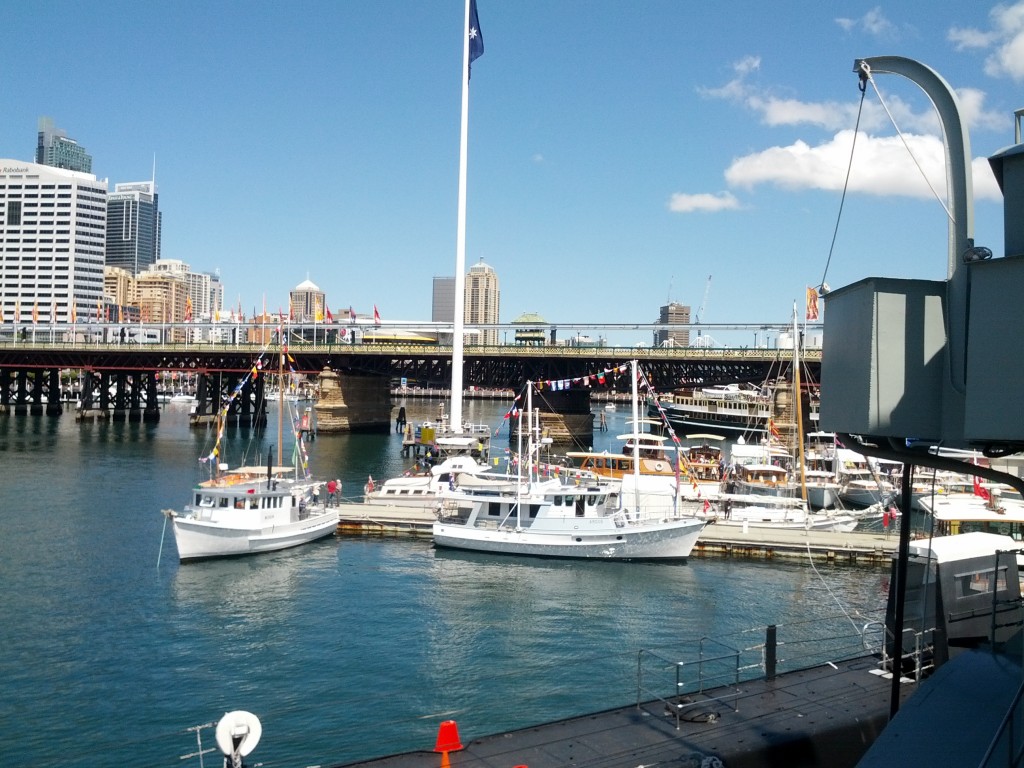 Pyrmont Bridge with the wooden boat festival in the foreground. 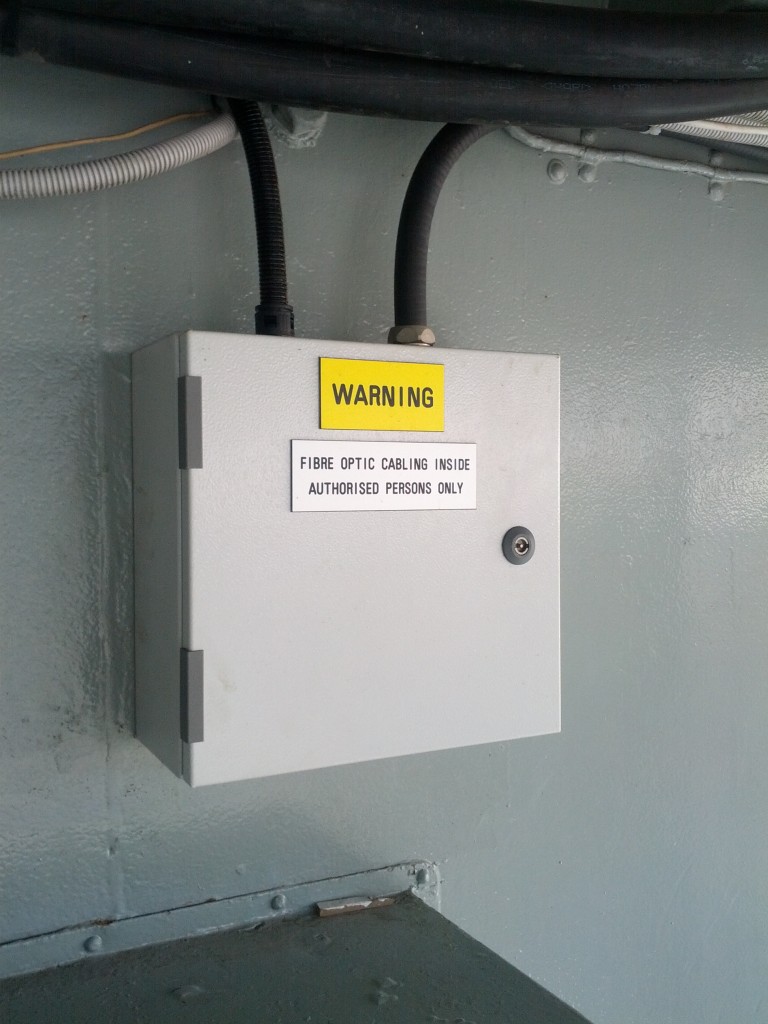 Fuck your NBN and your UFB, fibre to the warship is where it’s at! Server rooms have come a long way since. :-) More computer users need to keep this in mind. 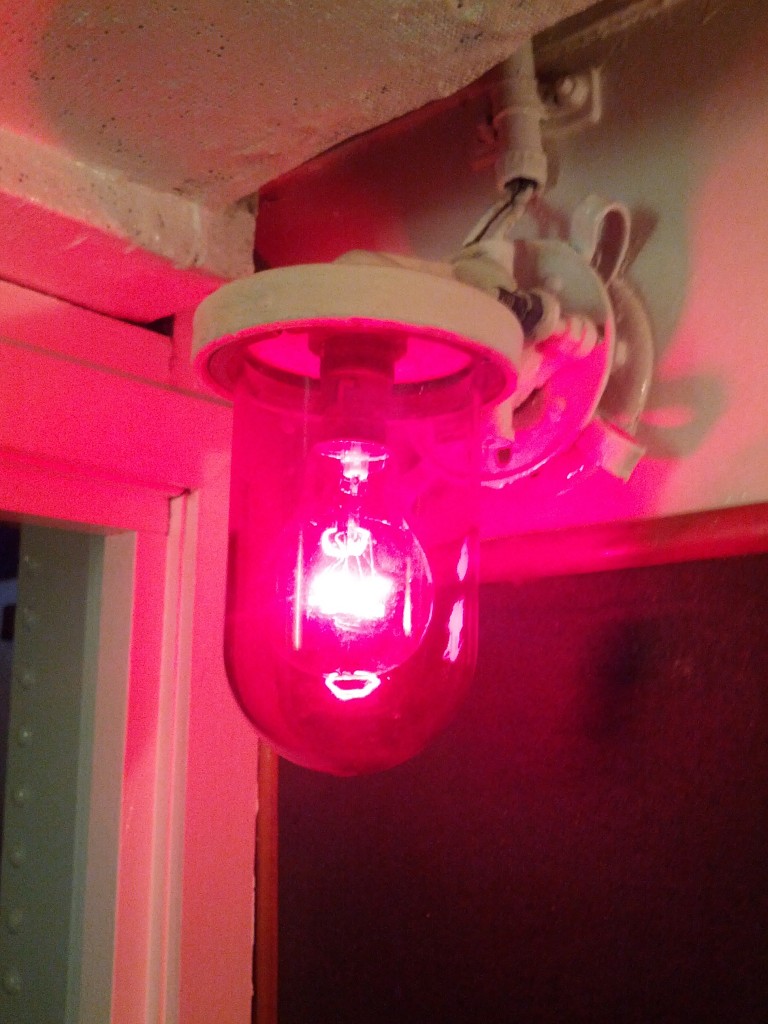 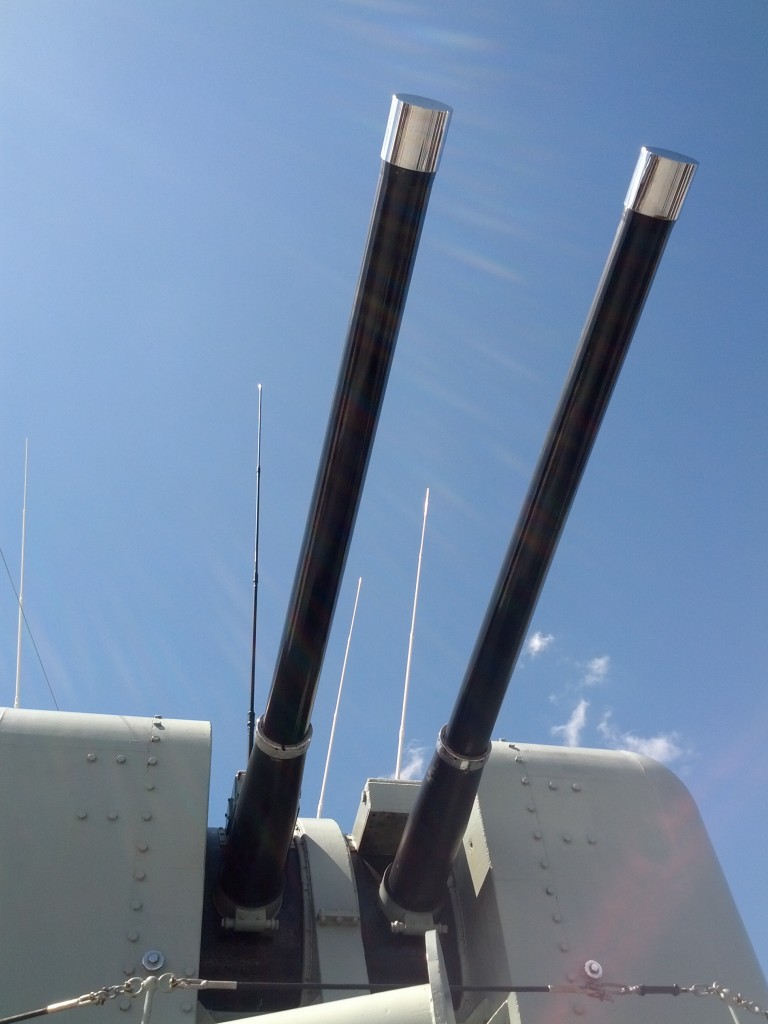 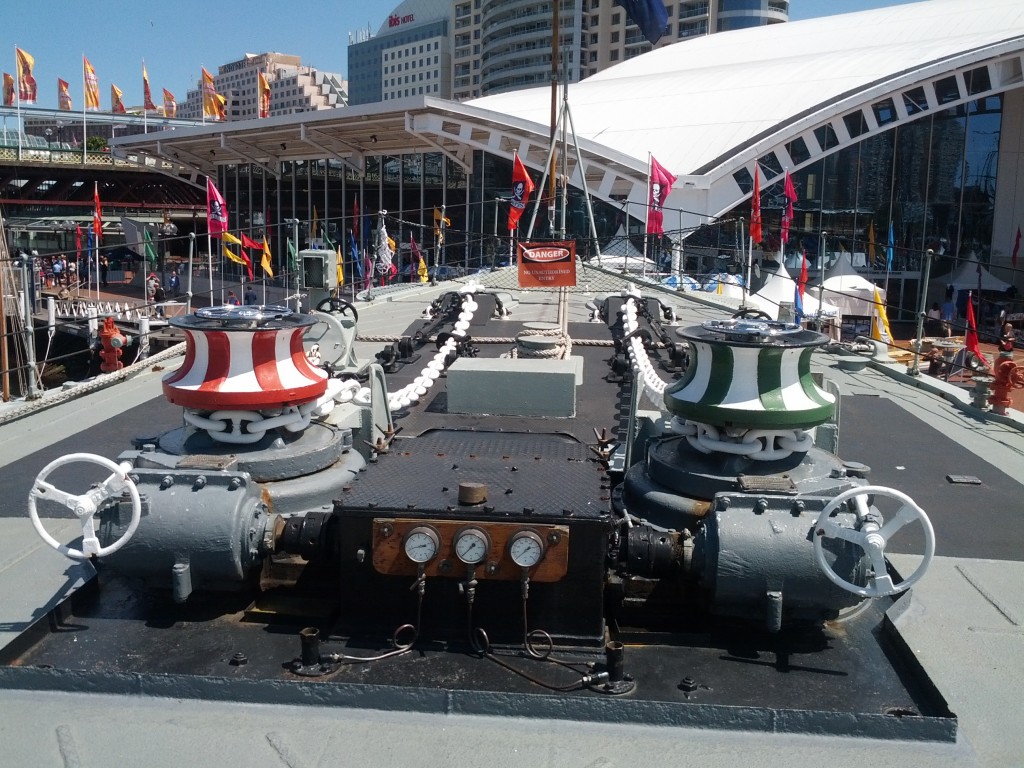 Sir, we have a firing solution for the Apple store from the front turret! 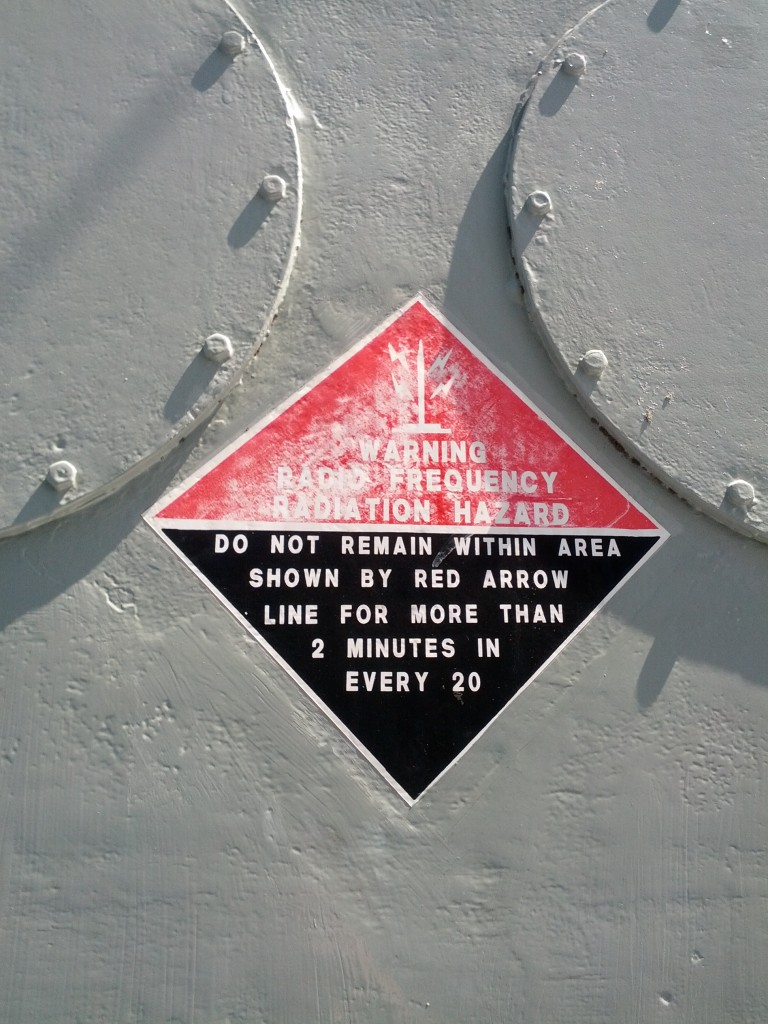 I love warning signs like these “this shit be bad bro, try not to hang around here” 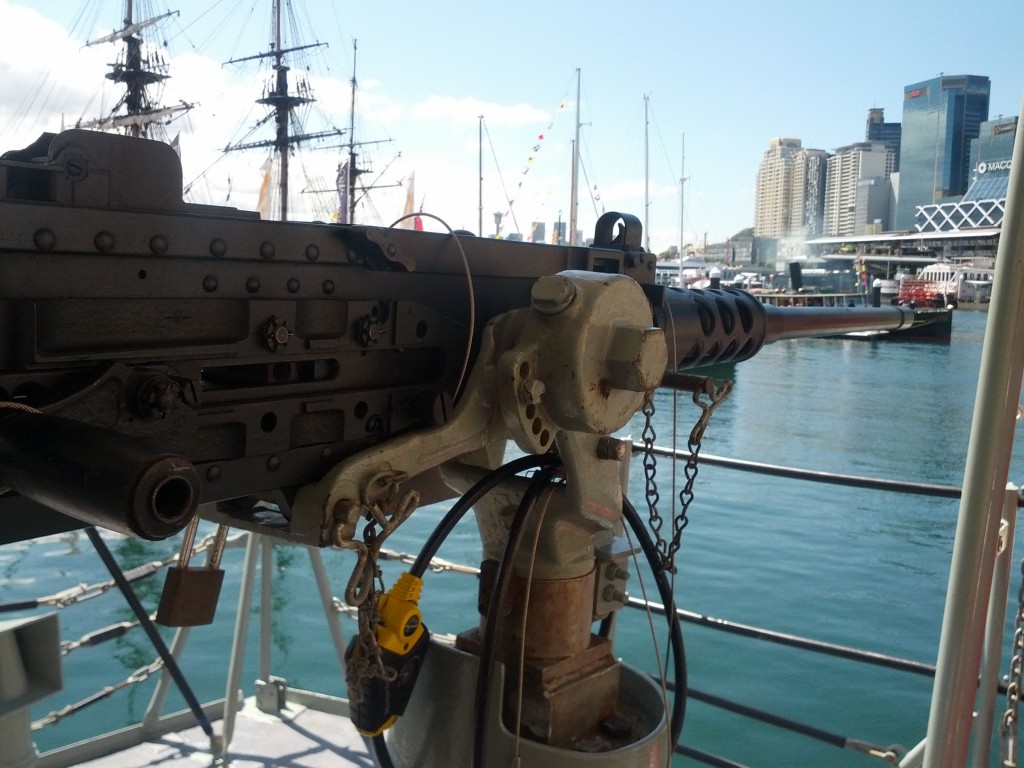 The rounds fired by these machine guns must be massive… probably tear a small boat apart. Standing on the deck of the weapon of the 20th century looking out at the new weapons of the 21st century…. mega corporations.

If your target is too quick to move, there’s also the smaller patrol boats you can use to chase them down. They can’t have been too comfortable to spend time on, even sitting at the dock on a calm day the boat had a noticeable rocking to it. The little offspring of the destroyer?

Whilst I couldn’t get inside on this trip, I got some great pictures of the HMAS Oberon diseal-electric submarine parked up alongside the destroyer. Whilst it’s not hard to find warships at maritime museums around the world, near-operational submarines are a little less common. Long, hard, black… however now devoid of any seamen. The little access hut looks a bit out of place compared with the sleek design of the rest of the machine. If you’re looking for some less recent history, the museum also has two large wooden ships –  replica of the endeavor as well as a restored tallship. A clone of the ship HMS Endevour, used by James Cook for Britain’s “discovery” of New Zealand, Australia and other pacific locations. Some excellent views of Darling Harbor

If you have several hours to spare in Sydney, the museum is well worth a visit, especially if you love complex machines such as warships.