This is a tricky one, there have been a lot of people who have had a great impact – friends, parents, colleagues, so I’ve chosen the event that had the biggest impact on me. 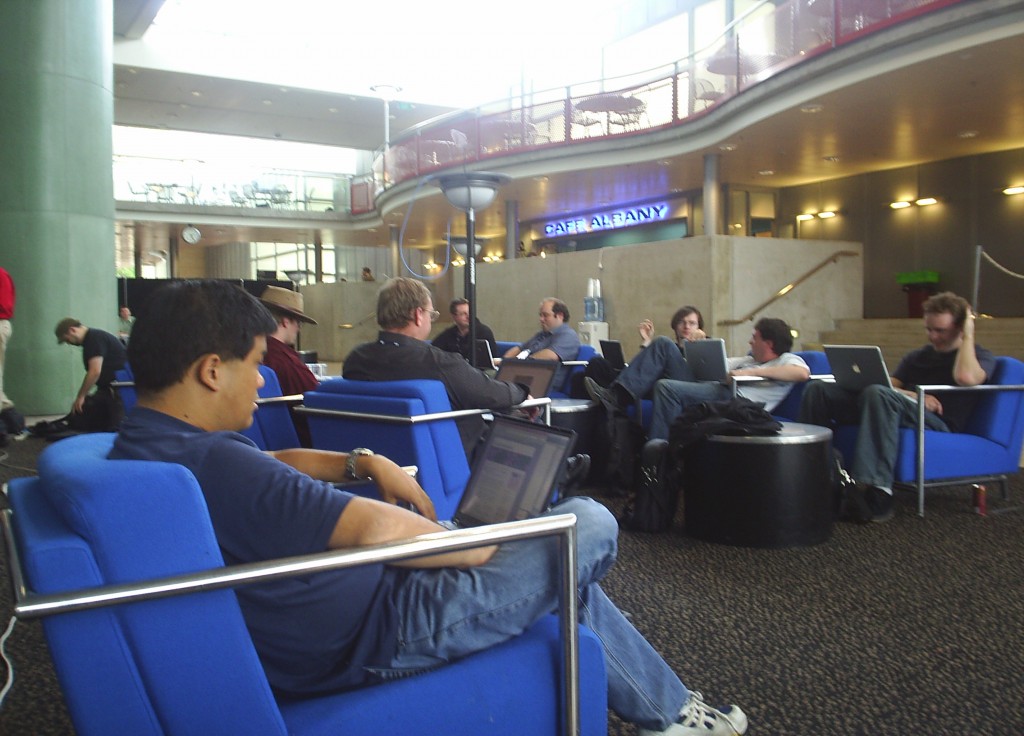 I had just left college and was looking for a job in IT at the time, planning to sit my RHCE in a couple months (which I did and passed), before taking my first job.

To say that linux.conf.au blew my mind, would be an understatement – before then I was a geek sitting in my bedroom, compiling linux systems from source and attending college with a bunch of time wasters – at linux.conf.au, I realised that I wasn’t alone and that there were hundreds of ubernerds like myself out there.

It was an entire week of geekery with some of the brightest minds and celebrities of the open source work, I came away from it with:

But linux.conf.au also served as a point in my life where I formulated my ideas regarding ethics, open source, freedom and many of the views that I hold to this day.

Probably one of the most memorable experiences in my life – I still go to linux.conf.au every year and it’s still my most favourite week of the year and I always come back feeling excited and renewed with awesome ideas.