Whilst @chrisjrn was in Wellington a couple of weeks ago I managed to convince him and @macropiper to come for a walk along from the wind turbine to the radar dome on the Brooklyn hill line.

For international readers, the Wellington/Brooklyn wind turbine is originally a prototype/test unit that was installed in the early 90s looking out over Wellington for testing the praticalities for generating power for the city.

These days, we have a couple large wind farms in the lower north island – one being just behind Wellington and the other up in Palmerston North region. 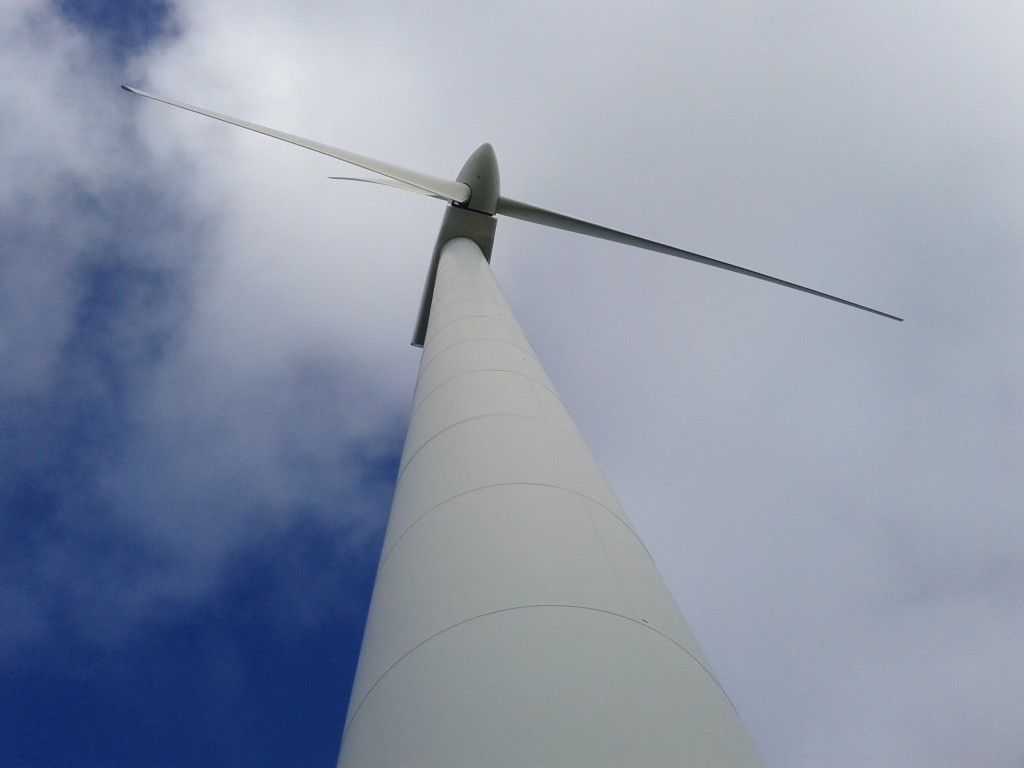 There’s some pretty impressive views of Wellington from up there: 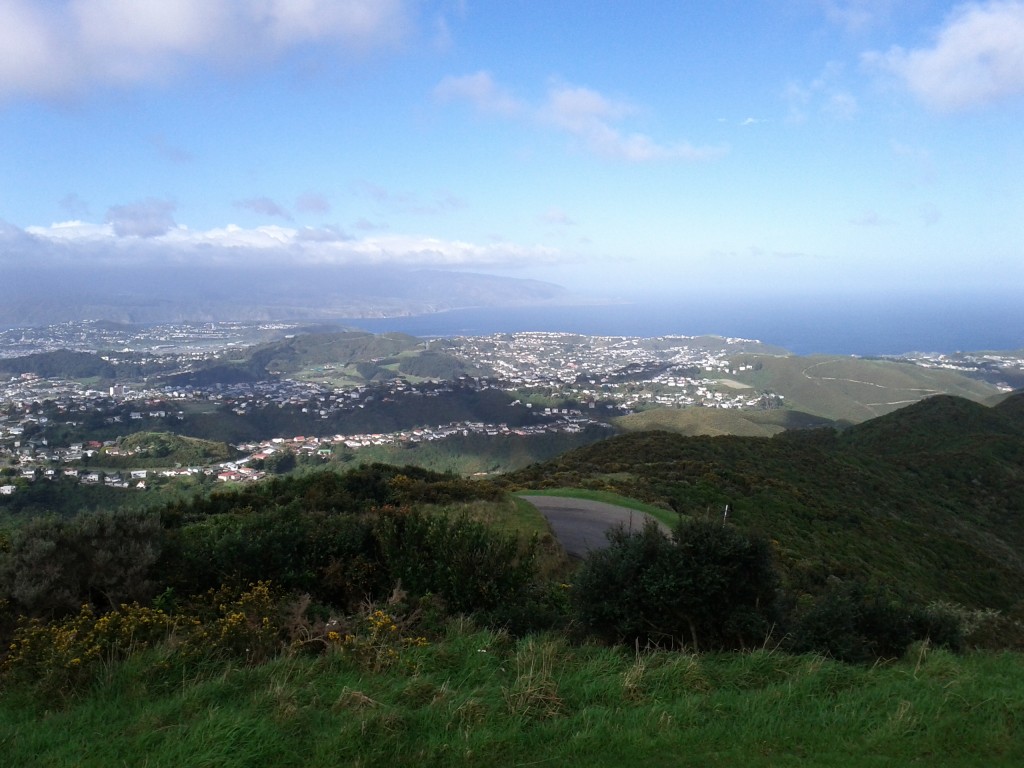 Looking out over the southern suburbs

After wandering around the turbine, we decided to make our way along the paved ridge to the radar dome, which is used for aircraft monitoring. (whilst some distance from the airport, I’m assuming it’s useful since it sits up above the hills and can pickup incoming craft to Wellington). 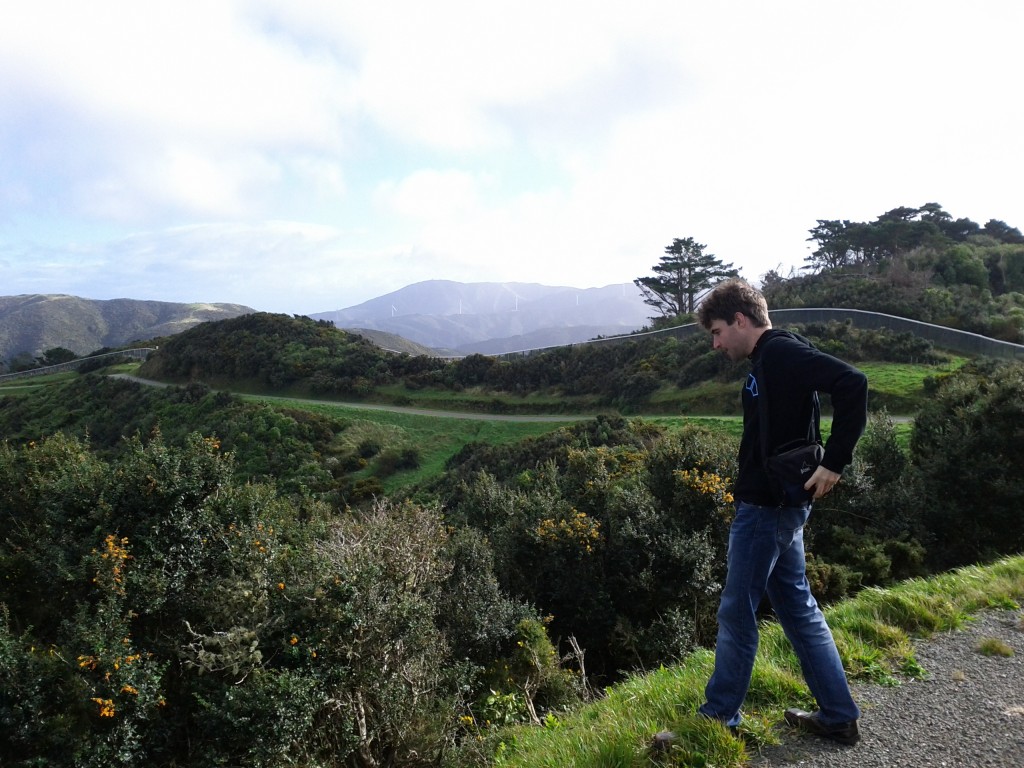 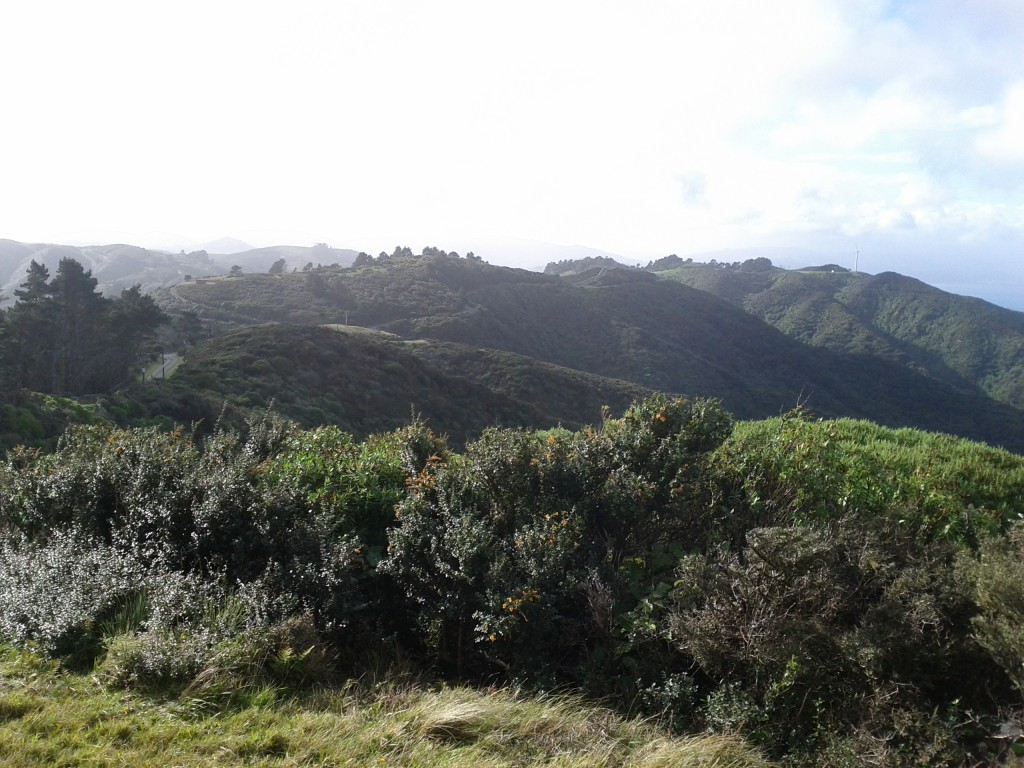 I can see my car and turbine off to the distance.... 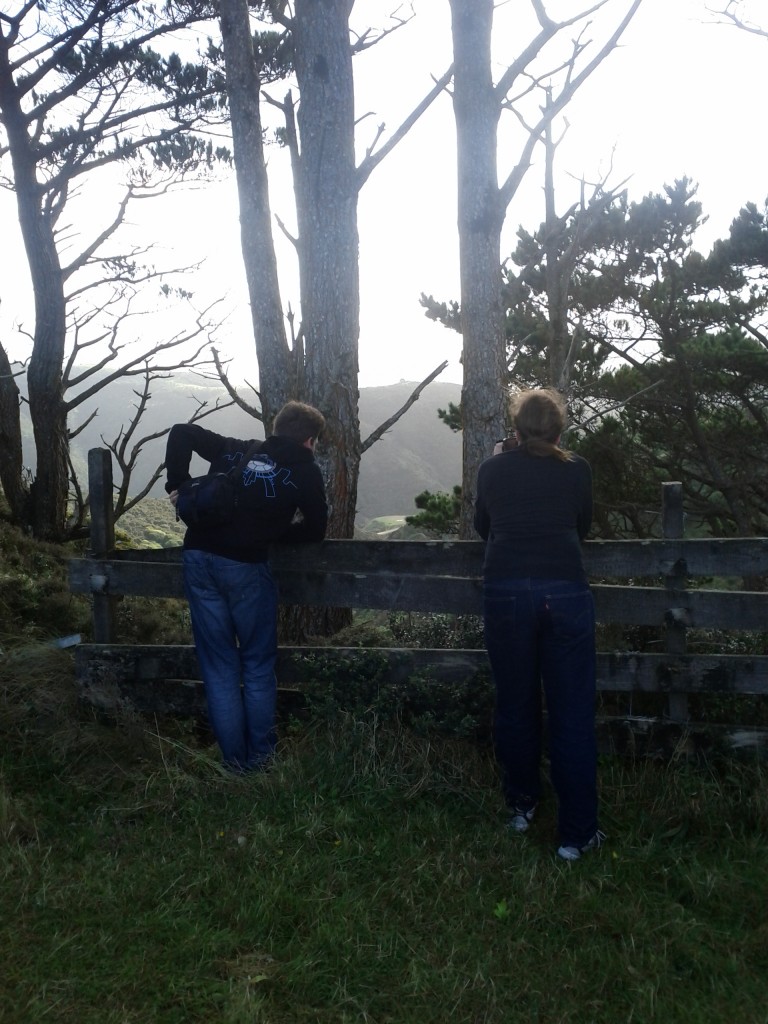 OMG trees! Considering the winds, there aren't a lot of those... 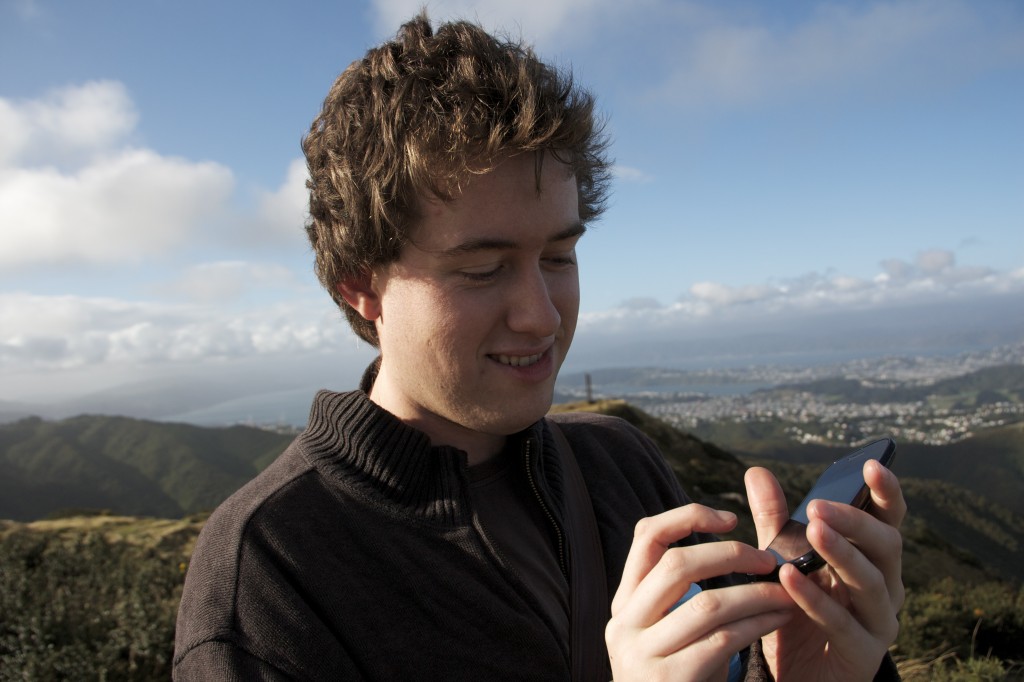 I can get 3G up here! Turns out there was actually a Vodafone tower further along the path pointing our way. (pic by @chrisjrn) 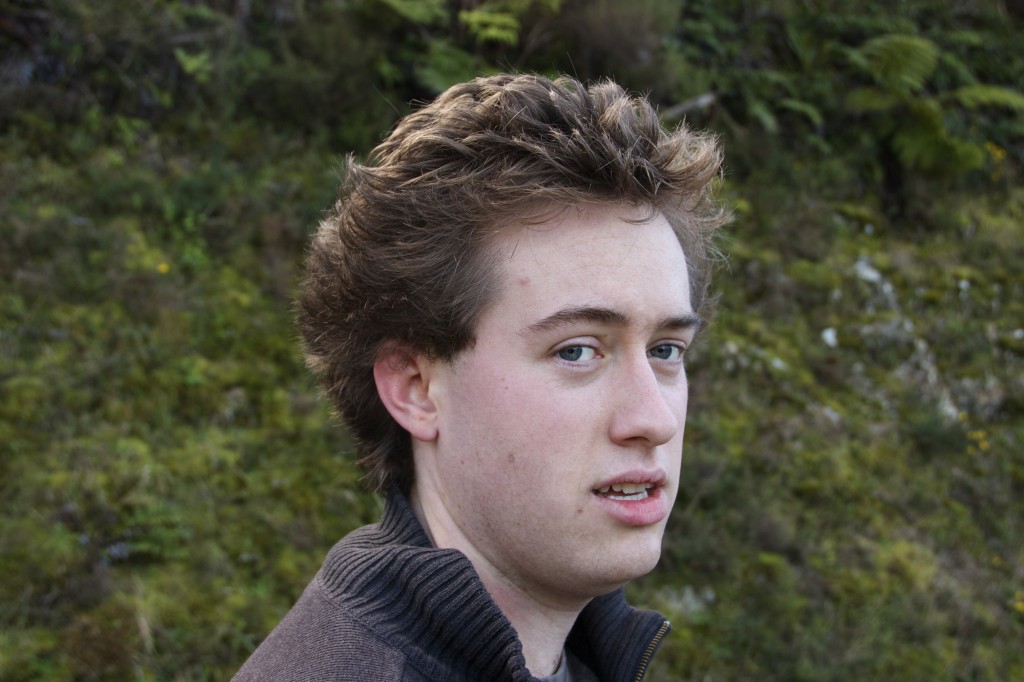 Getting a bit wind swept... it's pretty strong up there! (pic via @chrisjrn) Yay! A helpful sysadmin left a MOTD on the network! The walk is quite windy and a few interesting things are hidden in places along the way – for example: 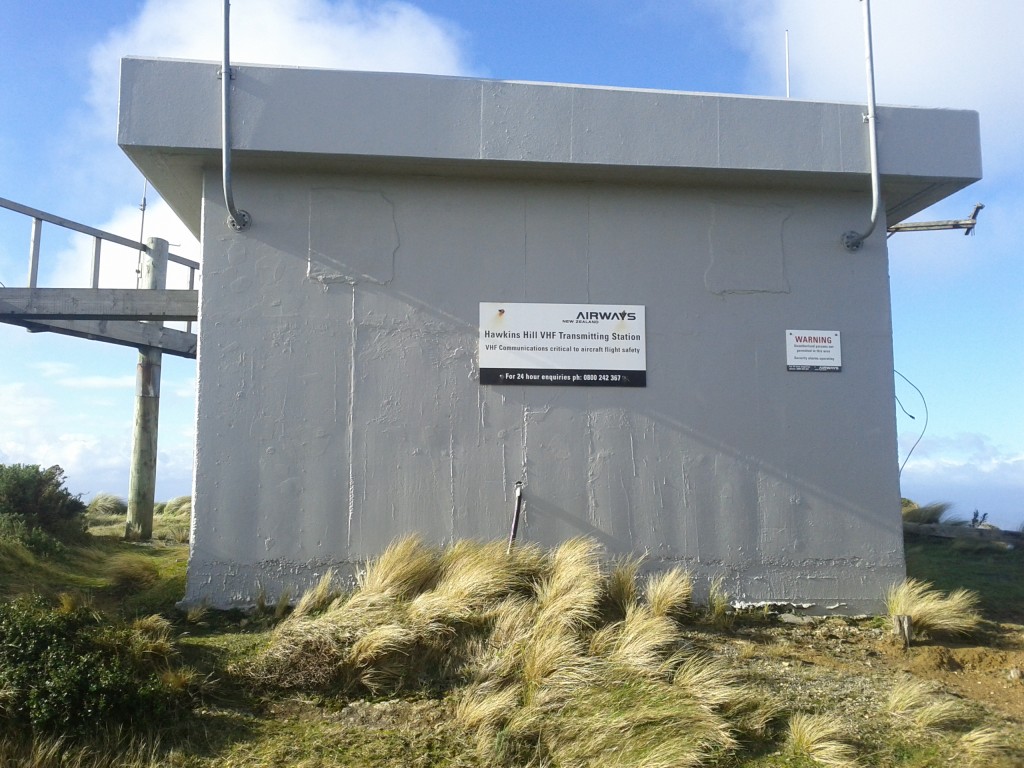 I hope they're not using this particular antenna, as it's looking a little wonky and disconnected... 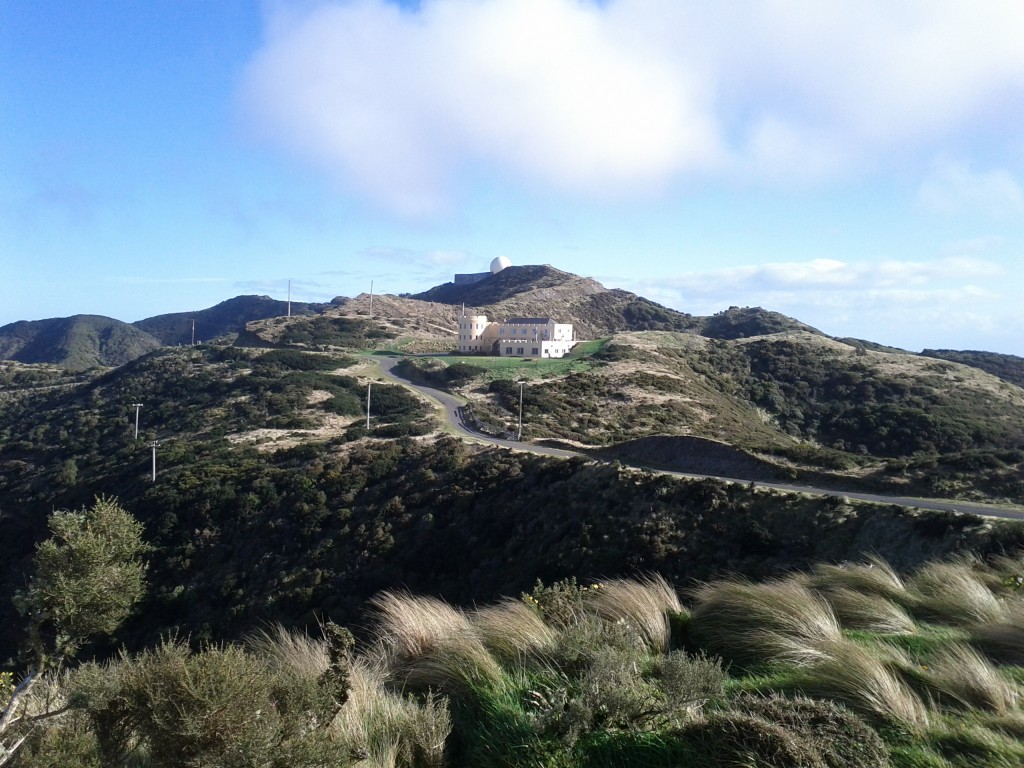 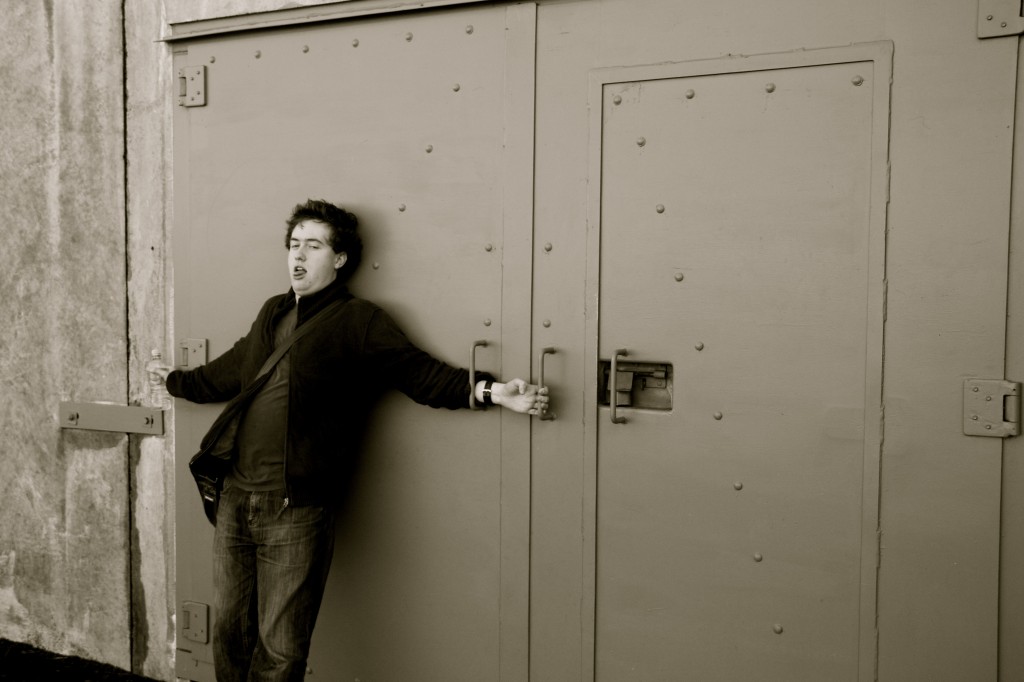 Found this weird steel door/bunker set into the hill.... if I had to guess, I'd say civil defense or NZ army, but it's kind of a weird location for either. It does however make an ideal bondage shot location. ;-) (pic via @chrisjrn). 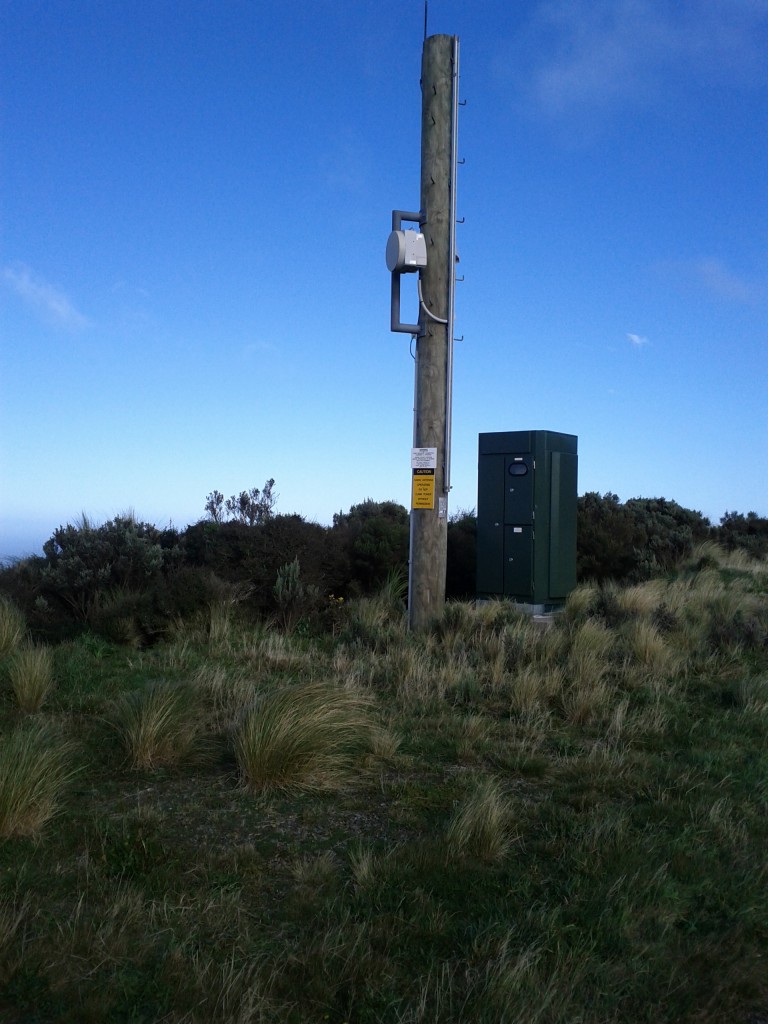 If hungry, bring a microwave pie and try cooking it on the Vodafone cell tower. Old emplacements or something? Weird fuse/connection cable of some kind... no idea what it is, weird sort of glassy material. All up, was a pretty interesting wander – would be great for biking, there were a number of mountain bikers on the track that day, although probably be a bit bland for doing it too often.