I volunteered to help a friend move this weekend, expecting a relatively straightforwards process of putting a few computers, bags and boxes into my car and shifting to another place.

However there was still a bit of cleanup necessary – no thanks to previous flatmates who had left, leaving lots of stuff behind for others to deal with – so I got dug into helping tidy up the flat.

The apartment has an upstairs space, so I went up there to tidy up some stuff, minding my head with the low roof. 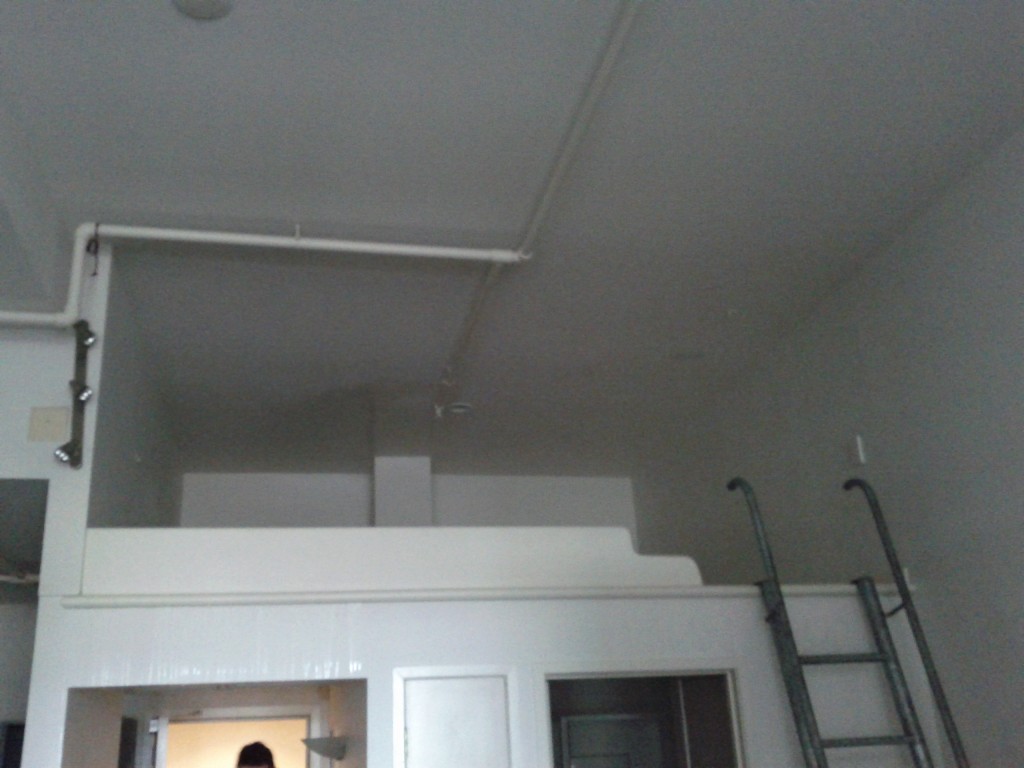 Notice that lovely sprinkler pipe aimed down at head height?

Unfortunately when I stood up a bit too far, I knocked the sprinkler with my back – not particular hard, I don’t have any bruises or anything – but enough to break the glass and cause a torrent of water to pour over me and into the apartment. :-(

Somewhat bad luck on my part, but the real issue was due to both poor design placement of the sprinkler and fatigued/damaged sprinkler heads.

Most of the sprinklers in the apartment have a metal shield around them, protecting the glass bulb, that when shattered, sets off the sprinkler in that area. (design being that a certain amount of heat shatters the glass and triggers the sprinkler). 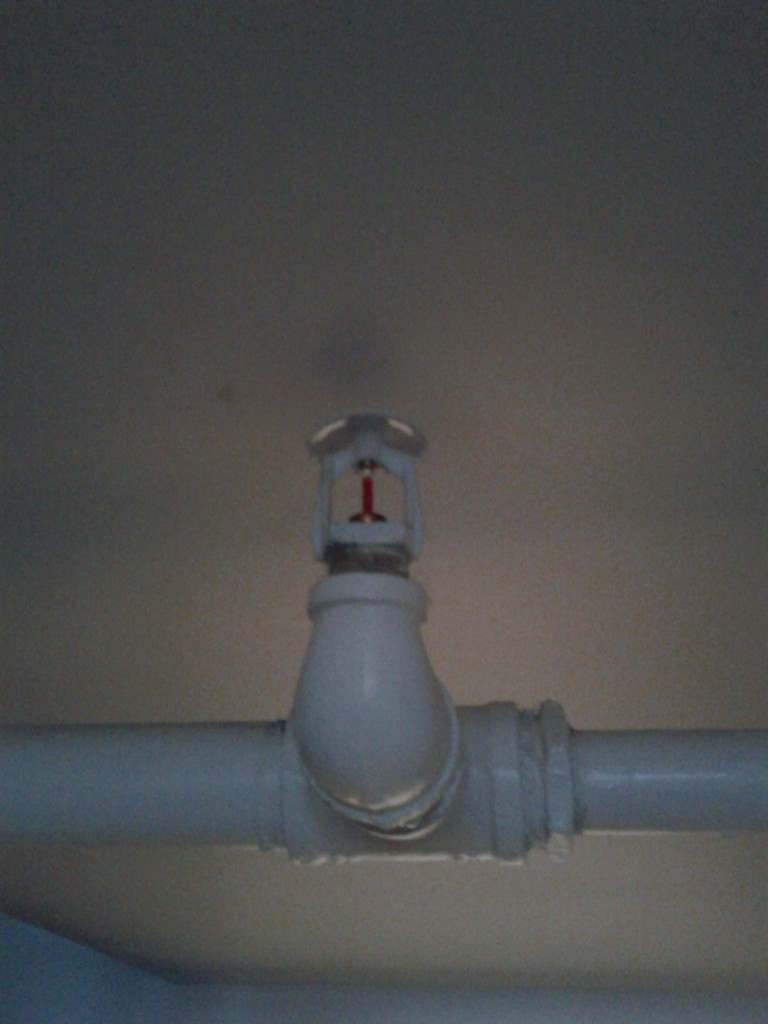 A sane sprinker - sprinker head aimed upwards, so someone bumping the roof isn't going to hit the fragile end.

However the sprinkler I triggered looks more like this: 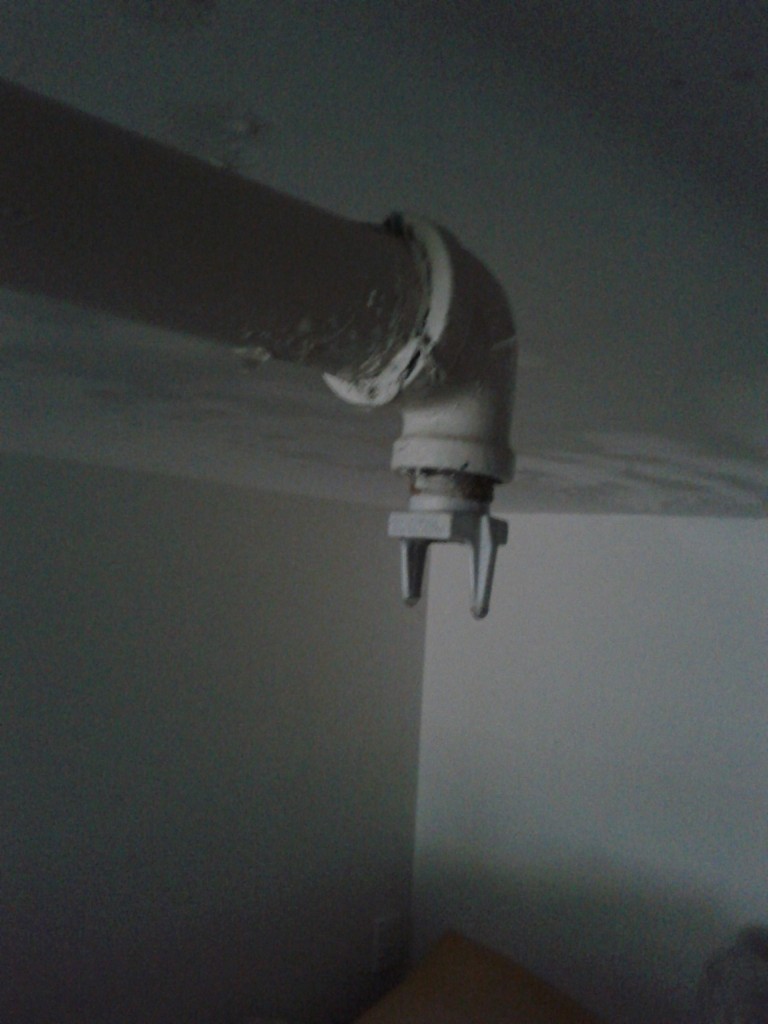 The dodgy sprinkler - note the missing metal shield around it, and the fact that it's facing down where it can be easily hit, rather than upright.

Without a before picture we can’t see what it originally looked like, but there’s no metal shield on the sprinker, nor any parts of it found in the post-flood clean up, so definitely appears to be an existing fault, which was the verdict of the fire department and to which the property manager agreed.

Thankfully that simplifies liability – not entirely sure who’s insurance would be liable otherwise, whether it would fall under the property owner’s insurance, the tenant’s contents insurance or the indemnity insurance of my own contents policy – regardless, it certainly shows the importance of actually having insurance, not just for your stuff, but for the liability protection.

Also, “sprinkler” really doesn’t aptly name these devices considering how much water pours out of them…. 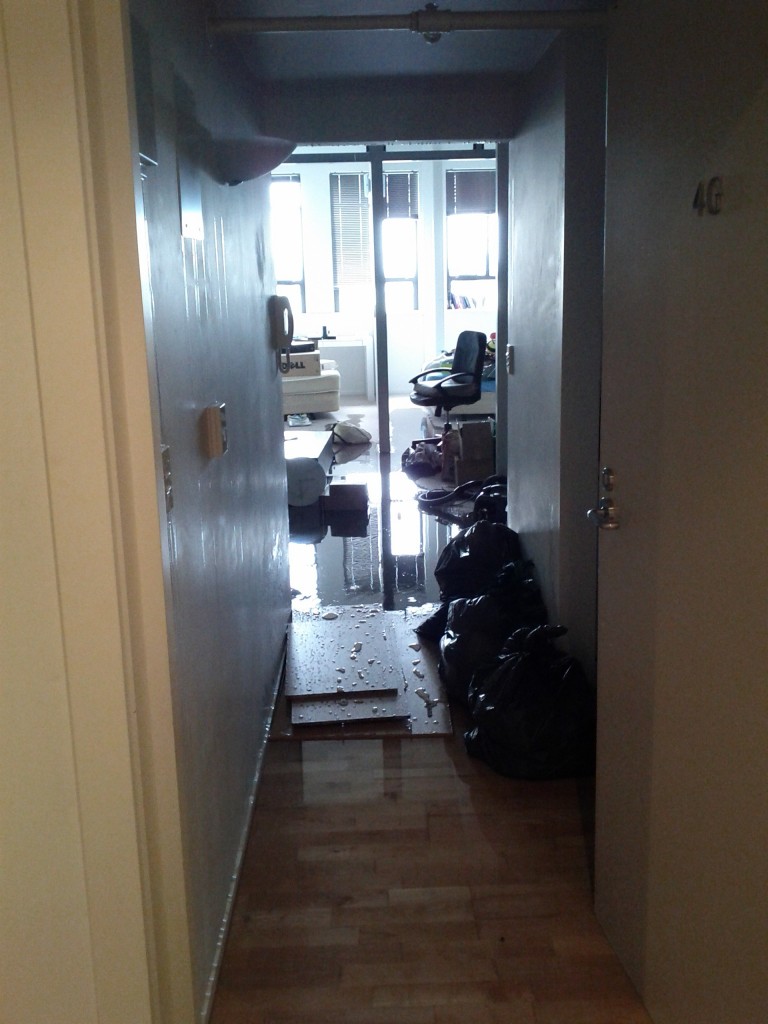 One sprinkler sure makes a bit of a flood.... 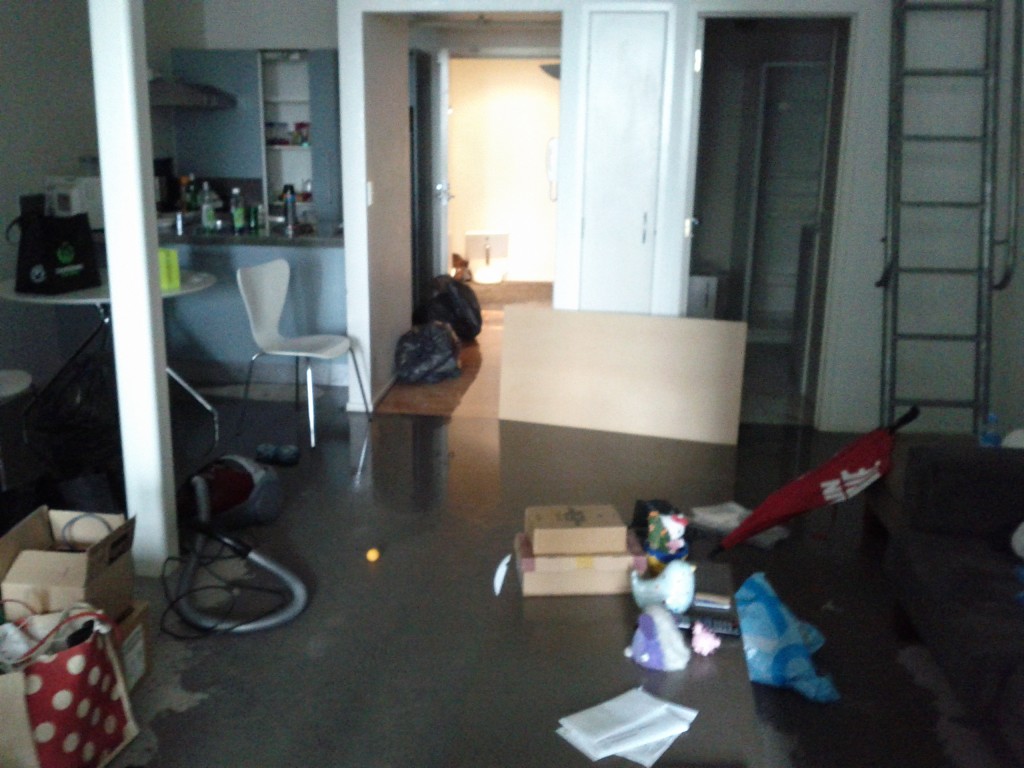 Ground Zero - thankfully most of the water ended up in the bathroom and slowly draining away through the floor drains. 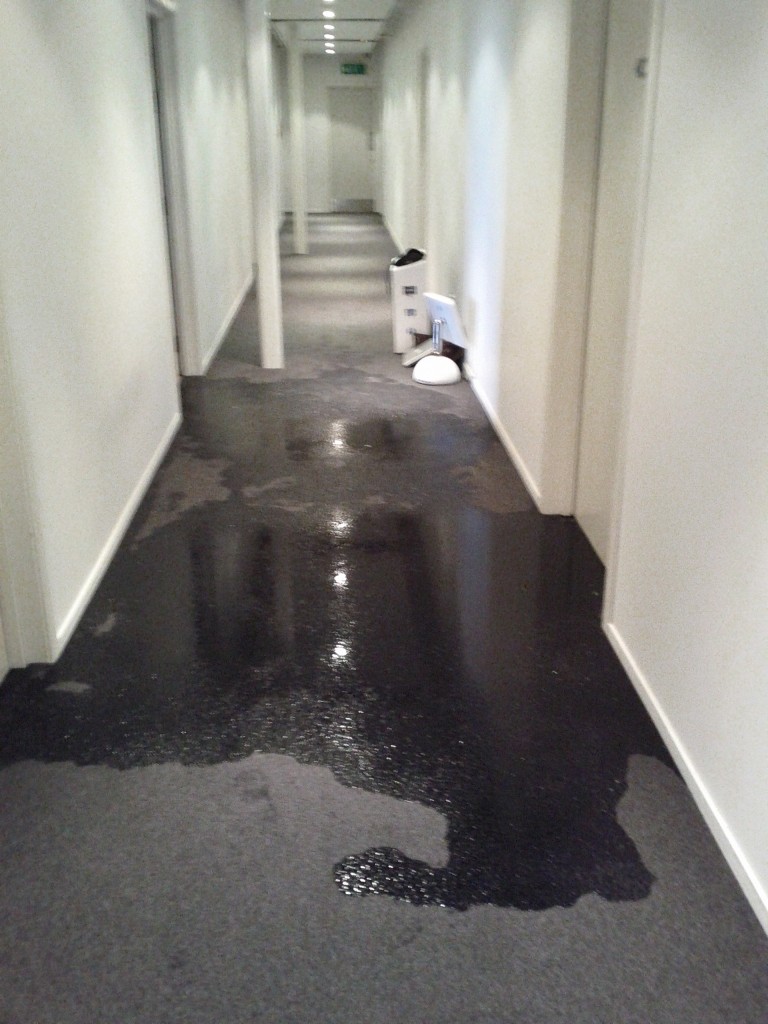 Priority number 1 - save the computers!

Thankfully it doesn’t appear that any assets got too damaged and the apartment should dry out with minimal impact, so it was a close call. However along with the other problems of apartment living, this incident gives me yet more reasons to avoid living in apartments.

Also any friends asking me to move apartments again are going to get a polite no – even the time I had to carry a piano down a hill to a Wellington house was less annoying than dealing with apartment parking, body corporates and fire suppression system flooding. :-)

This entry was posted in Uncategorized and tagged apartments, faults, flood, insurance, moving. Bookmark the permalink.

8 Responses to Inside Rain