On my recent walk to Devonport I was amazed at the design of the cycle lanes made by the North Shore City Council (now part of the amalgamated Auckland City Council).

Aside from the initial amazement that such a car-focused city knew what cycle lanes where, I was also extremely amused to see how exactly they chose to implement them….

Exhibit A: The flipped cycleway.

Having a standard such as “people to the left, bikes to the right” clearly wasn’t exciting enough, so let’s have bike and pedestrian lanes randomly swapping sides at each junction. 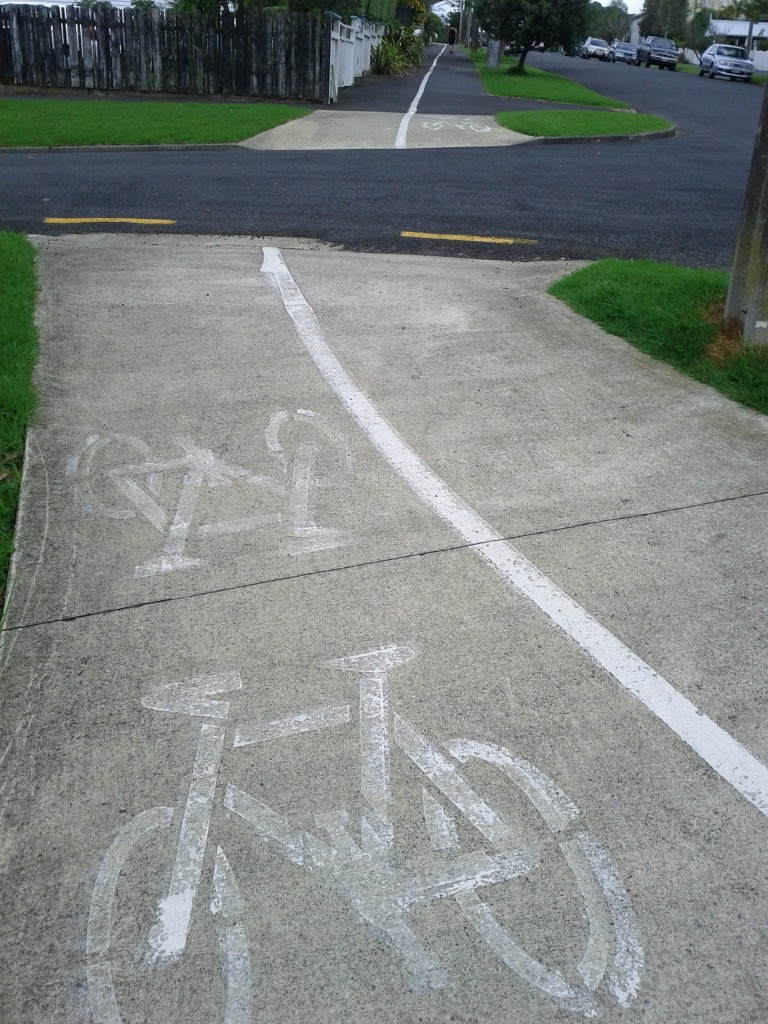 Having just one bike lane isn’t enough, let’s add a second bike lane – one on the footpath and one on the road. And whilst we’re at it, let’s make it so it goes bike, pedestrian and then bike again. :-/ 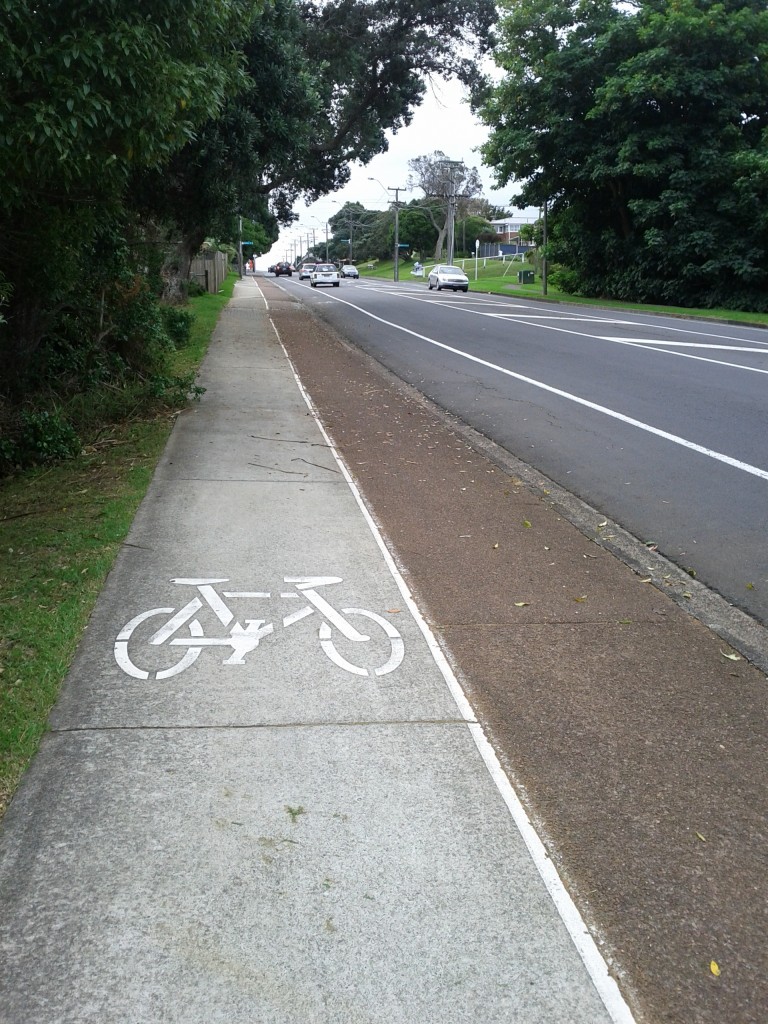 Not pictured are the other great cycle designs I came across on my wander including:

Whilst it’s great to see a council working to lay some cycle lanes, the lack of thought around planning and standardization of the lanes is a source of great amusement, but also a potential risk to both cyclists and pedestrians if these lanes start getting used more heavily.