Whilst I’ve been selling off a lot of stuff lately, I started attacking the apartment properly this weekend and the evenings since, going with a system of 3 piles –  stuff to take to Melbourne, stuff to store in Wellington and stuff to sell/donate/trash.

The Melbourne pile is actually really small, at the moment I might be taking as little as some clothes, my laptop, some books and a router. I’ve cut down the stuff to store in Wellington a lot, mostly just a few boxes of personal stuff I want to keep (mementos, books, Libretto laptop collection).

I haven’t decided whether I want to take my IBM Model M keyboards yet or not, they’re amazing keyboards, but part of me is pondering going laptop-only whilst in AU – giving my laptop only a go this week as I’ve now packed away the keyboards and LCDs. 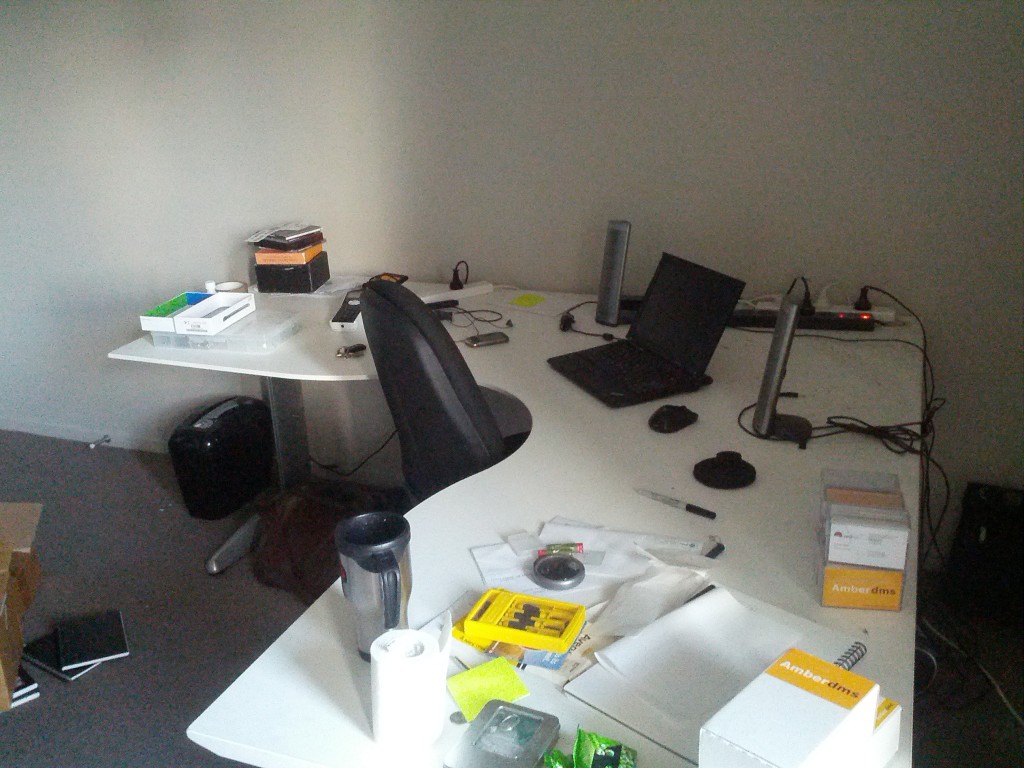 OMG look at all the desk space now! 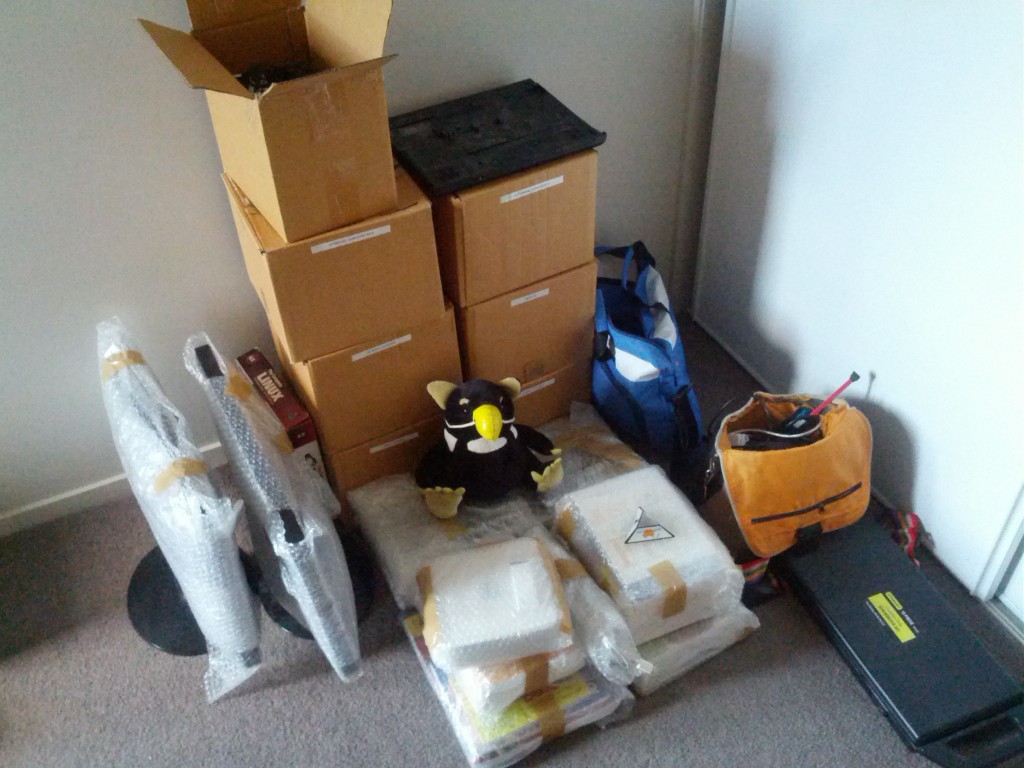 OCD box organization.My label maker and I are having a lot of fun together with this move. 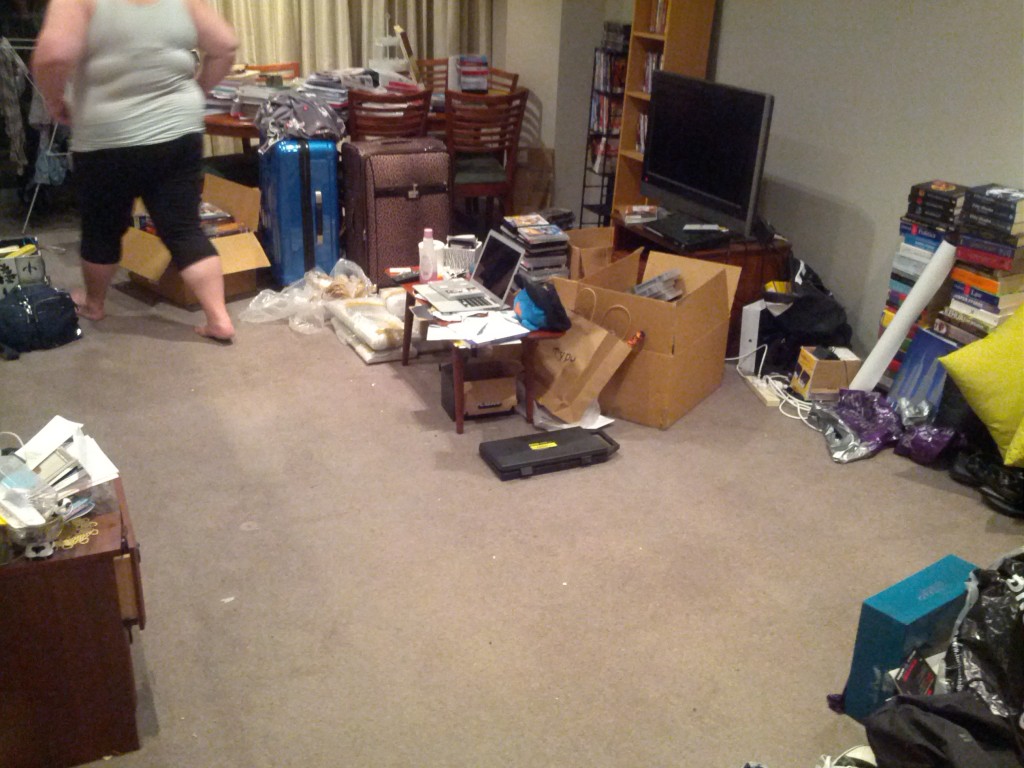 Couches are gone, lounge looks like even more of a bombsite.

The computer desk, TV and bed have now sold, but still need to sell the dining table, otherwise it’s going to have to squeeze into the van heading to Hawkes Bay and to be sold from there. :-/

Other items that haven’t sold, I’ll re-try from Wellington, along with a lot of additional things I have down there.

Meanwhile I’m loving the new found minimalism in my flat, I kind of want to go to Melbourne and have an empty apartment with nothing but my laptop and a stereo.

I’m particularly resistant to having a TV again, I find them a real intrusion into regular life – when there isn’t one around, I’m much more productive and do useful things or read, rather than blobbing – even when it’s not set to recieve TV broadcasts, they just consume so much space and become a focal point of the lounge.

I am taking my Mac Mini to use as a media center, but may just attach a large 27″ computer panel to it when in AU to watch movies when wanted – just pondering the best way to setup my flat that it’s still easy to watch stuff when desired, but in such a way that the media center isn’t the focal point of the lounge – I really want to spend my time in AU being way more productive and creating lots more content, rather than consuming.

Of course considering that my big KVM and file server is going to stay behind in NZ, I’m going to have much less access to my content, which may force me to do useful things like blog and code more. :-)

This entry was posted in Uncategorized and tagged auckland, less is more, melbourne, minimilism, move. Bookmark the permalink.

6 Responses to Getting there!