The second day of linux.conf.au has been and gone, was another day of interesting miniconf talks and many geeky discussions with old and new friends. 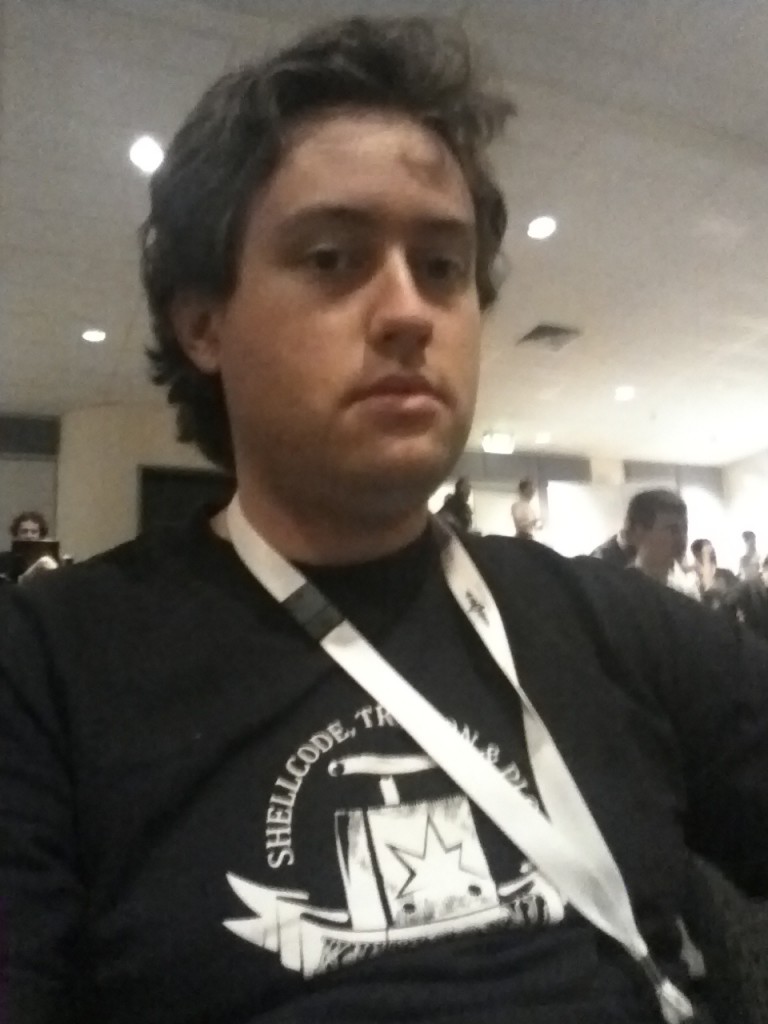 Jethro: Booted, with the power of coffee!

The keynote was a really good talk by Radia Perlman about how engineers approach developing network protocols and an interesting talk of the history of STP and the designed replacement, TRILL. Great to see a really technical female keynote speaker at LCA this year, particularly one as passionate about her topic as Radia.

The conference WiFi is still pretty unhappy this year, I’ve been suffering pretty bad latency and packet loss (30-50%) most of the past few days – if I’ve been able to find an AP – seems they’re only located around the lecture rooms. Yesterday afternoon it seems to have started improving however, so it may be that the networking team have beaten the university APs into submission. 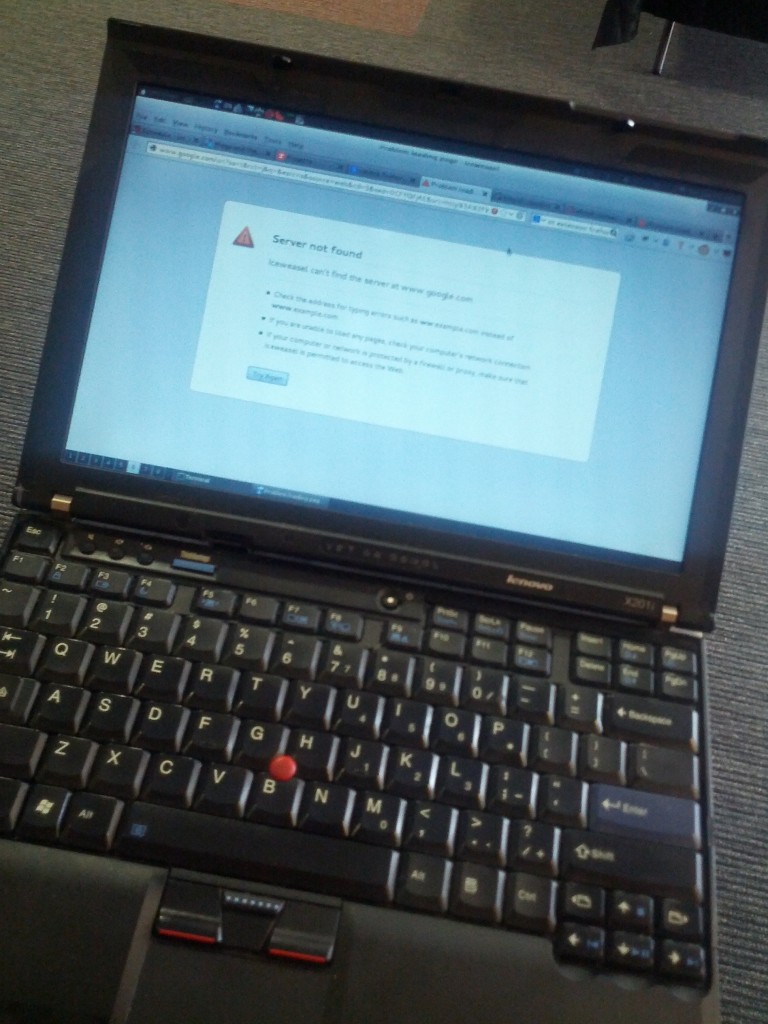 Of course, some of the projectors decided not to play nicely, which seems pretty much business as usual when it comes to projectors and functioning…. it appears that the projector in question would complain about the higher refresh rates provided by DVI and HDMI connected devices, but functioned correctly with VGA.

Someone did an interesting talk a couple of LCA’s ago on the issue, apparently many projectors lie about what their true capabilities are and request resolutions and refresh rates from the computer that are higher than what they can actually support, which really messes with any modern operating system’s auto-detection. 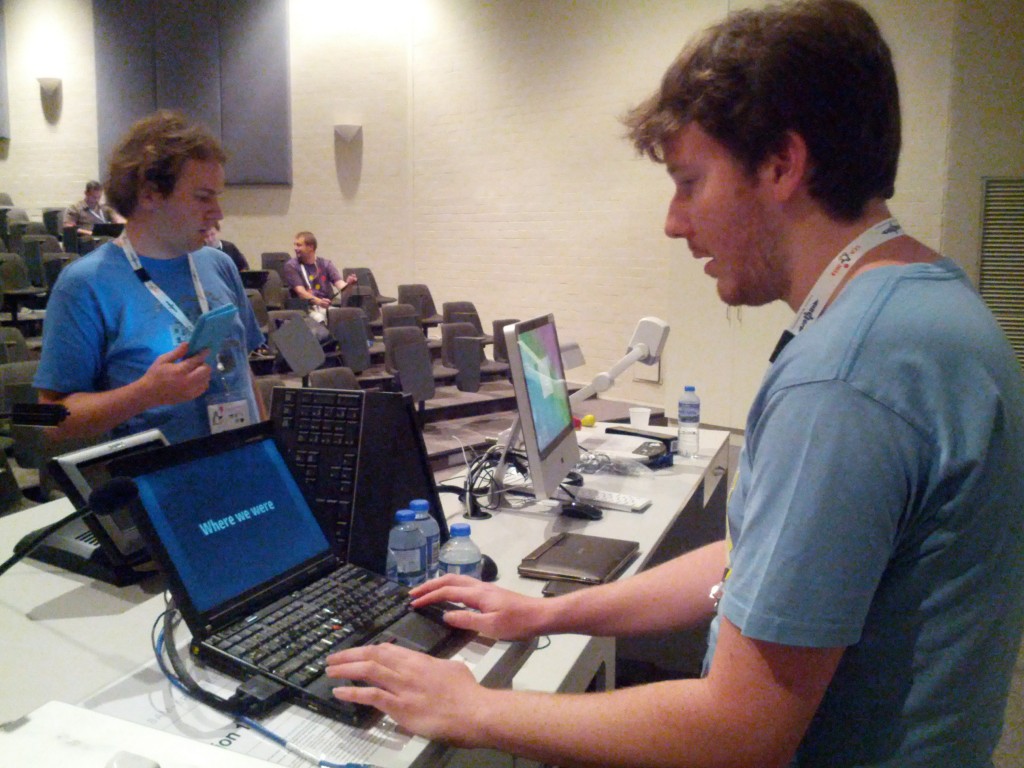 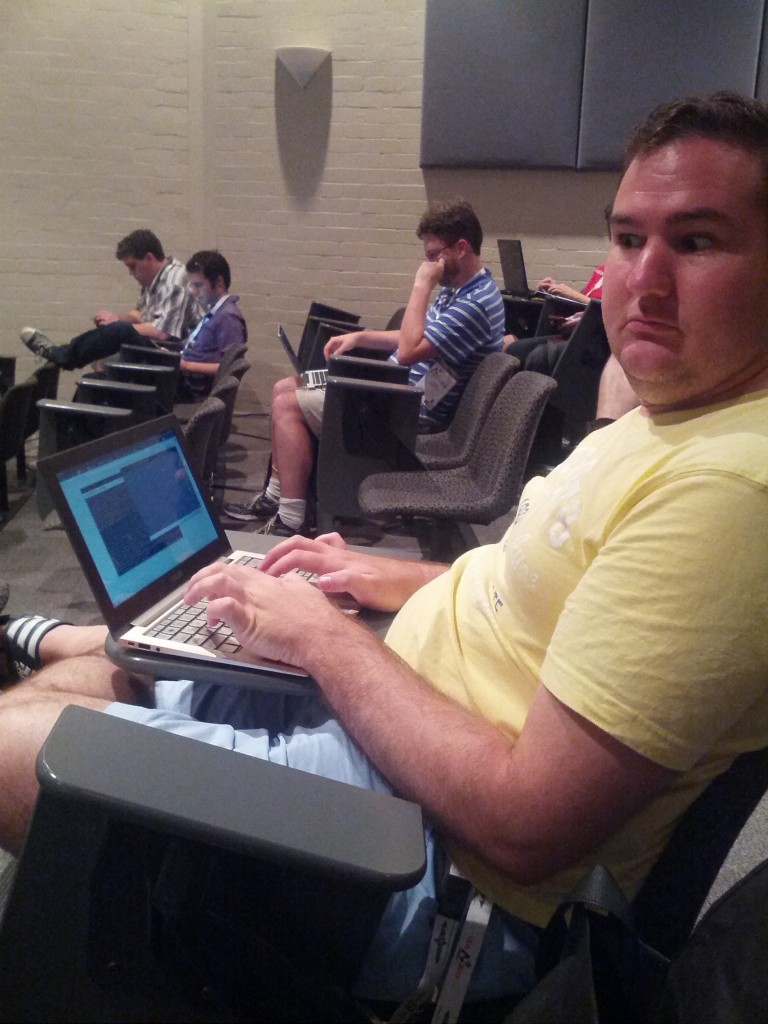 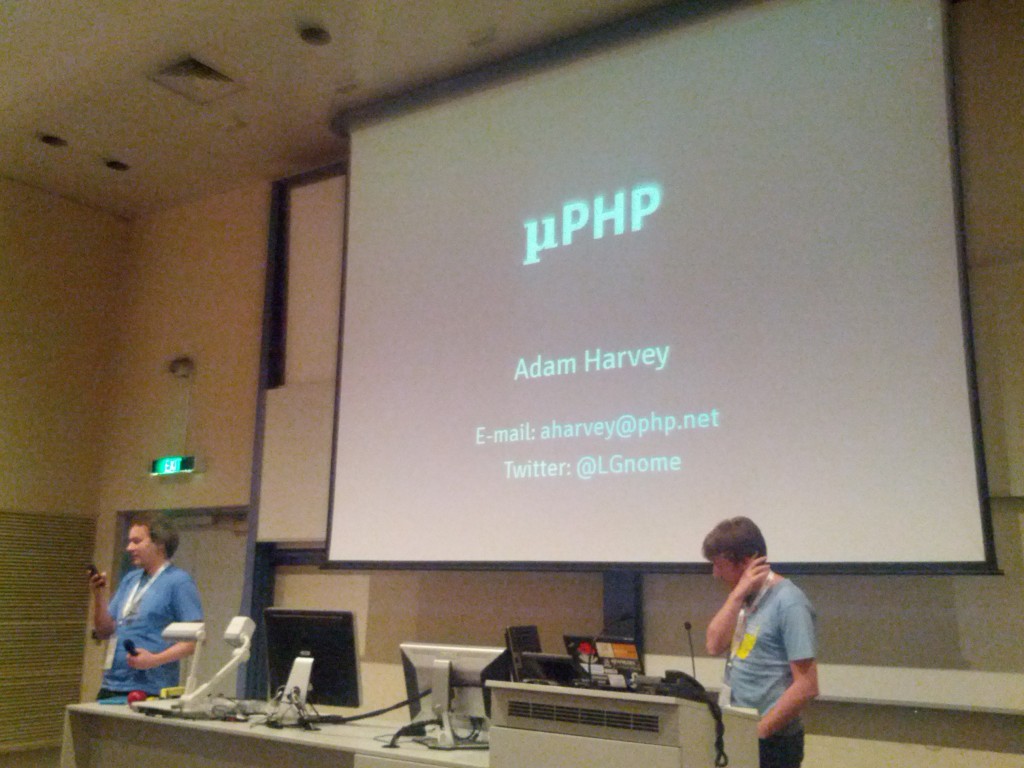 @lgnome pushing some crazy new drugs to all the kiddies

A few of my friends were delivering talks today, so I spent my time between the Browser miniconf and Open Programming miniconf, picked up some interesting new technologies and techniques to look at:

After that, dinner at one of the (many!) Asian restaurants in the area, followed by some delicious beer at the Wig and Pen. 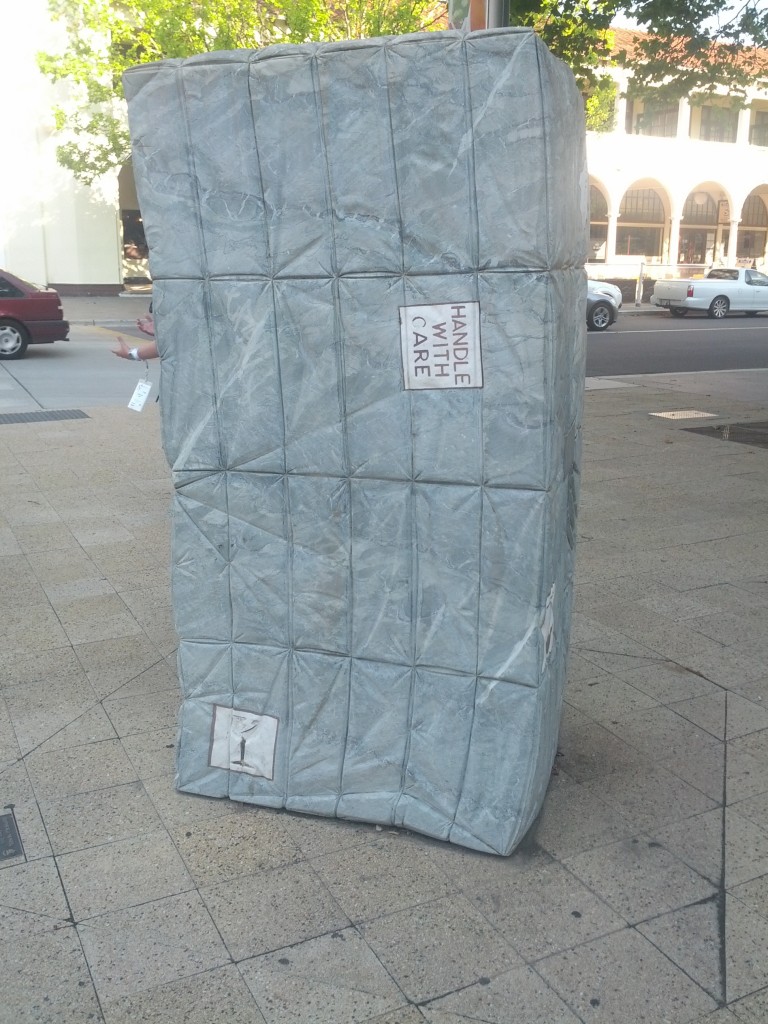 Either I’ve already had too many beers, or there’s a giant stone parcel in my way. 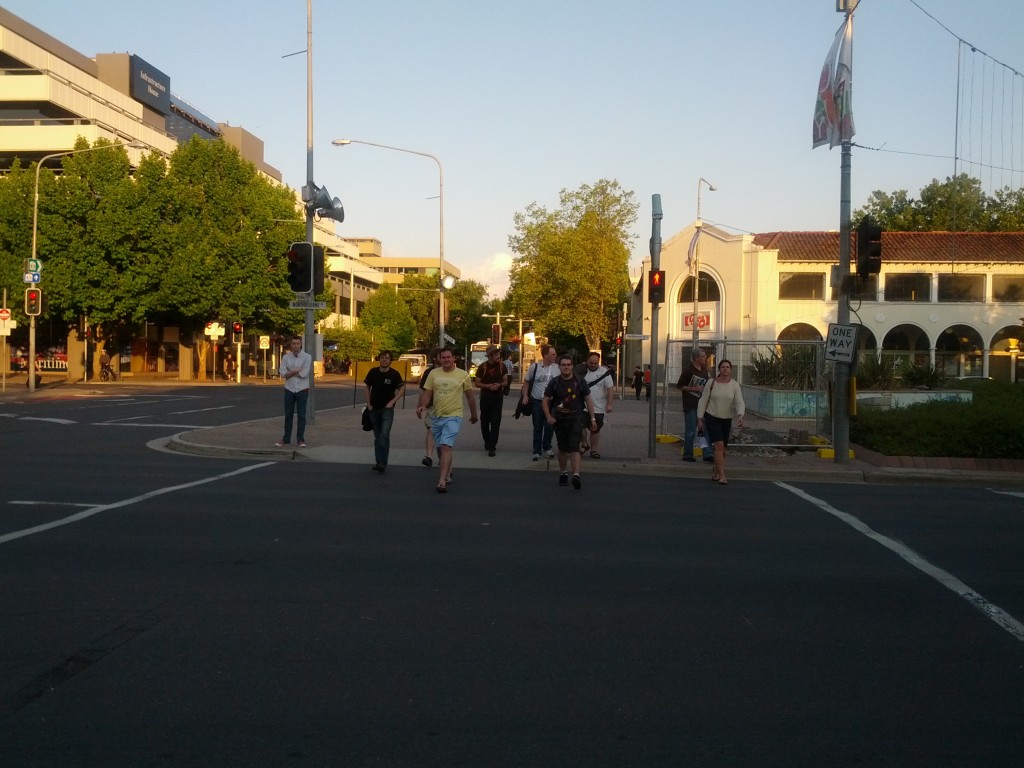 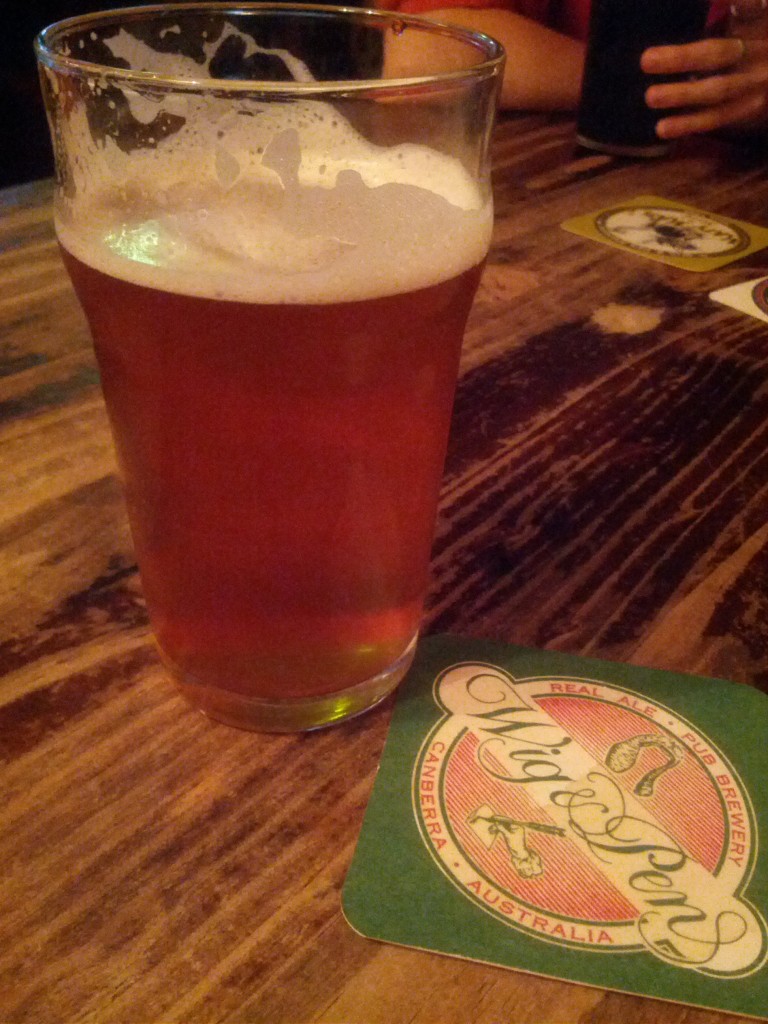 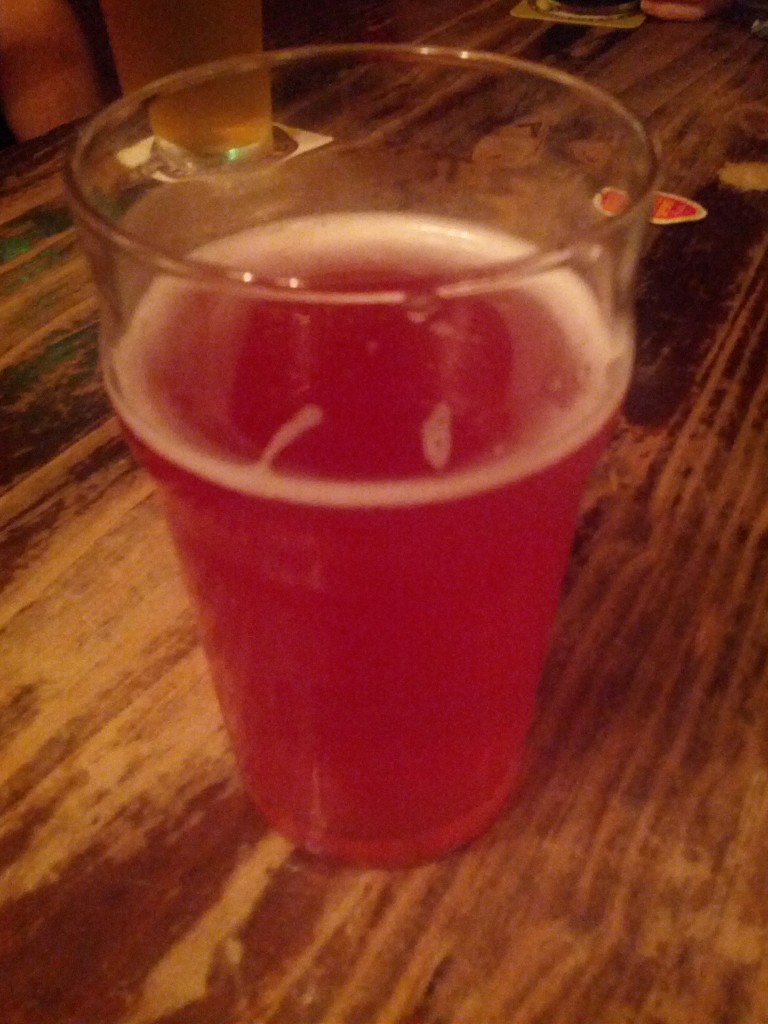 The beetroot beer is an interesting idea. But some ideas should just not be attempted. :-/ 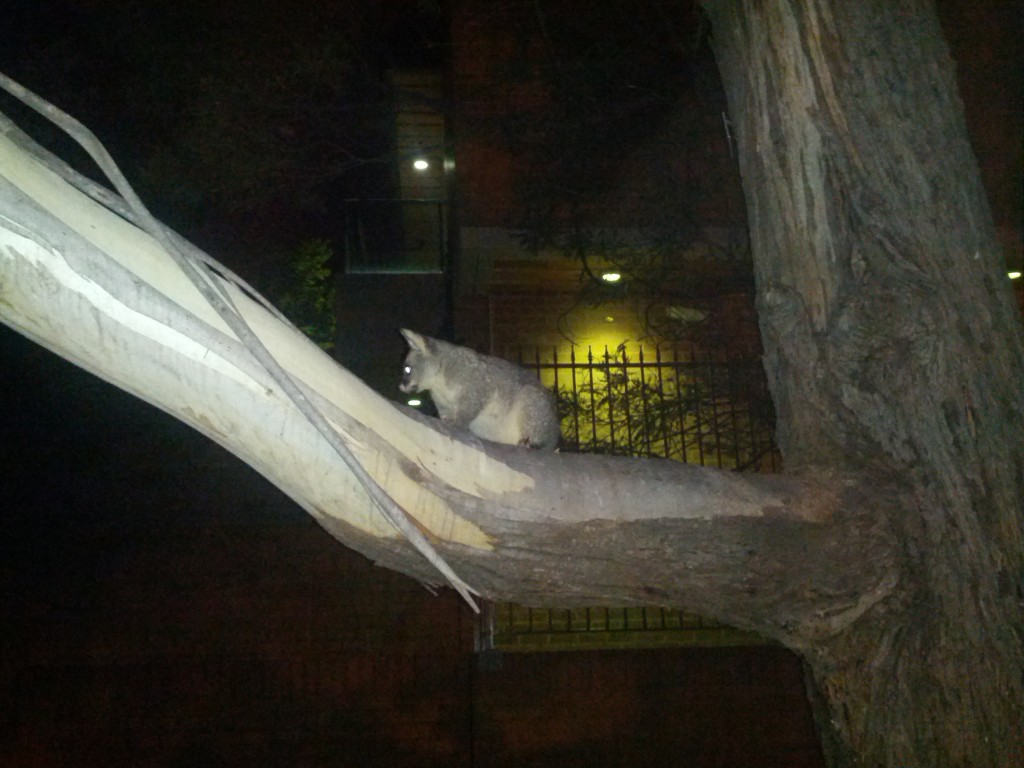 Native Australian night life! This little fellow was very up close and friendly. 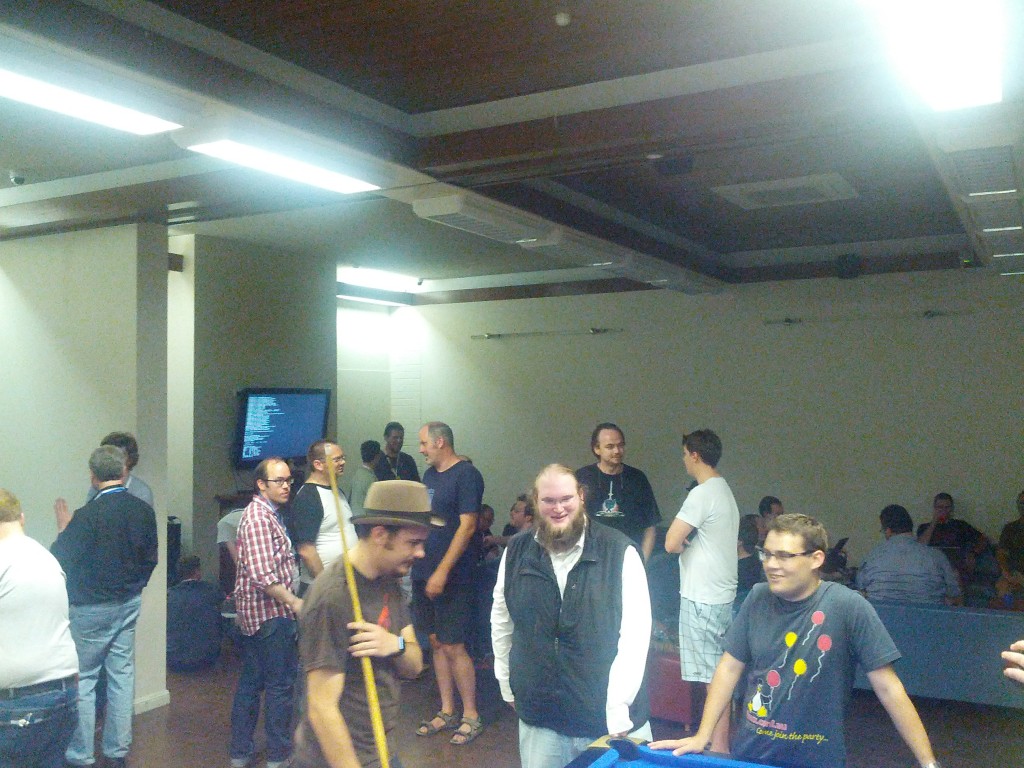 Another great day, looking forwards to Wednesday and the rest of the week. :-)