A few weeks back we got a rather curt letter from Wellington Water/Wellington City Council (WCC) advising us that they had detected a leak on our property at location  unknown and that they would fine us large amounts if not rectified in 14 days. The letter proceeded to give no other useful information on how this was detected or how a home owner should find said leak.

After following up via phone, it turns out they’ve been doing acoustic listening to the pipes and based on the audio taken at several different times they’re pretty certain there was a leak *somewhere*.

After doing some tests with our plumber, we were able to rule out the house being at fault, however that left a 60m water pipe up to the street, an even bigger headache to replace than the under-house plumbing given it’s probably buried under concrete and trees.

The most likely cause of any leak for us is Duxquest plumbing, a known defective product from the 70s/80s. Thankfully all the Duxquest inside the house has been removed by previous owners, but we were very concerned that our main water pipe could also be Duxquest (turns out they used it for the main feeds as well).

We decided to dig a new trench ourselves to save money by not having to have the expensive time of a plumber spent digging trenches and (strategically) started at the house end where there are the most joins in the pipe. 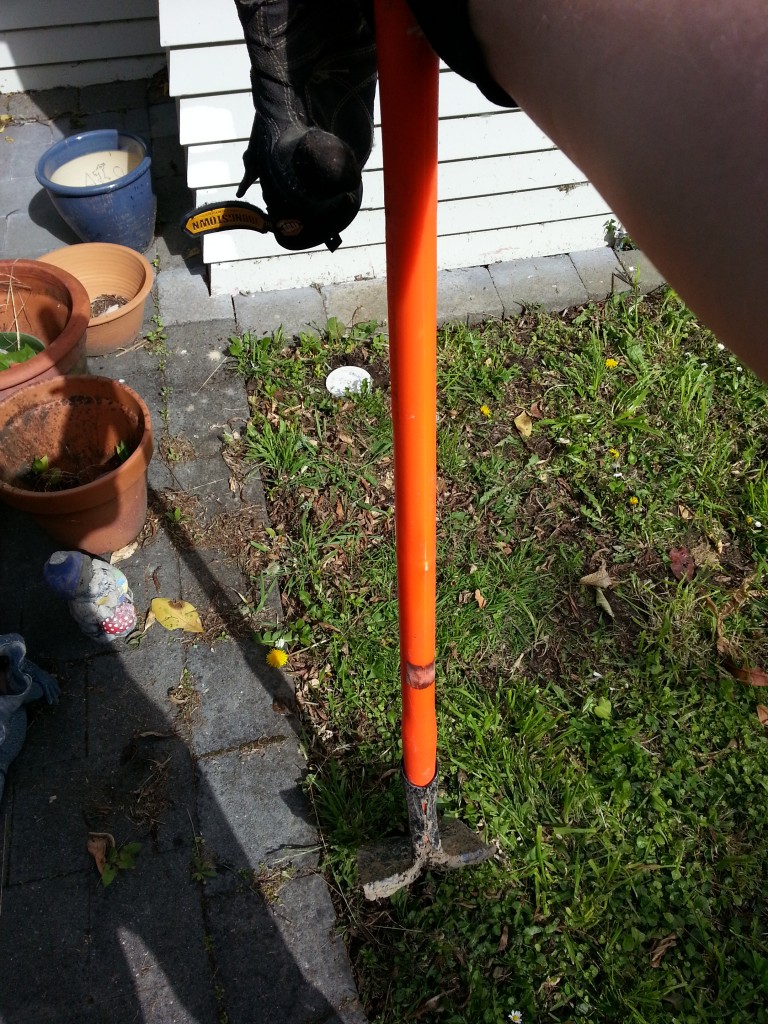 It’s going to be a long day… 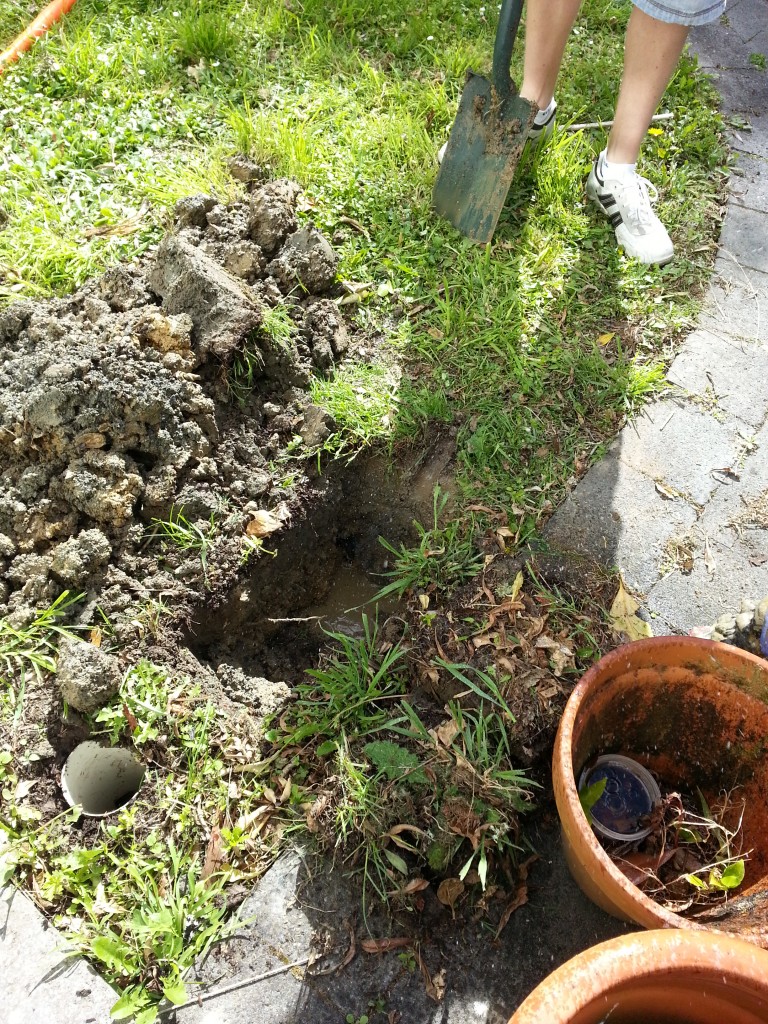 So we got lucky very early in. We started digging right by the toby at the house given it was more likely any split would be towards the house and also it’s easiest to dig up here than the other end that’s buried in concrete.

The ground on the surface wasn’t damp or wet so we had no idea the leak was right below where we would start digging. It looks like a lot of the ground around the front of the house is sand/gravel infill that has been used, which resulted in the water draining away underground rather than coming to the surface. That being said, with the size of the leak I’m pretty amazed that it wasn’t a mud-bath at the surface. 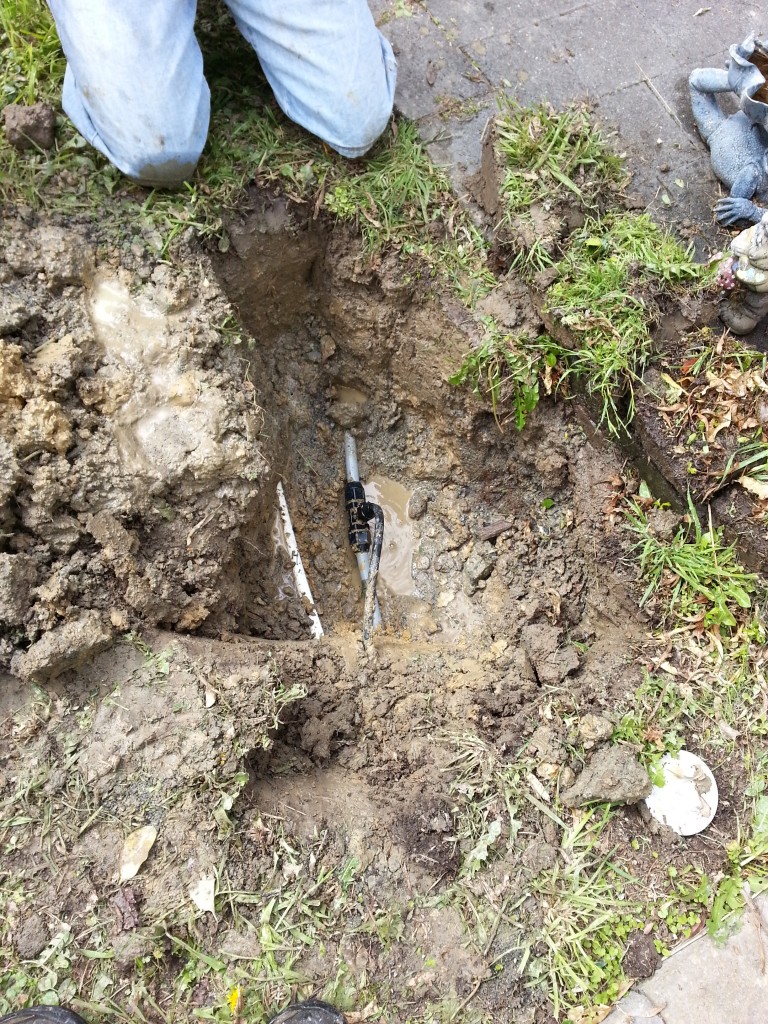 The leak itself is in the Duxquest black joiner/branch pipe which comes off the main feed before the toby. It seems someone decided that it would be a great idea to feed the garden pipes of the house from a fork *before* the main toby so that it can’t be turned off easily, which is also exactly where it split meaning we couldn’t tell if the leak was this extension or the main pipe.

The thick grey pipe is the main water feed that goes to the toby (below the white cap to the right) and thankfully this dig confirms that it’s not Duxquest but more modern PVC which shouldn’t have any structural issues long term.

Finding the leak so quickly was good, but this still left me with a hole in the ground that would rapidly fill with water whenever the mains was turned back on. And being a weekend, I didn’t particularly want to have to call out an emergency plumber to seal the leak…

The good news is that the joiner used has the same screw fitting as a garden tap, which made it very easy to “cap” it by attaching a garden hose for the weekend! 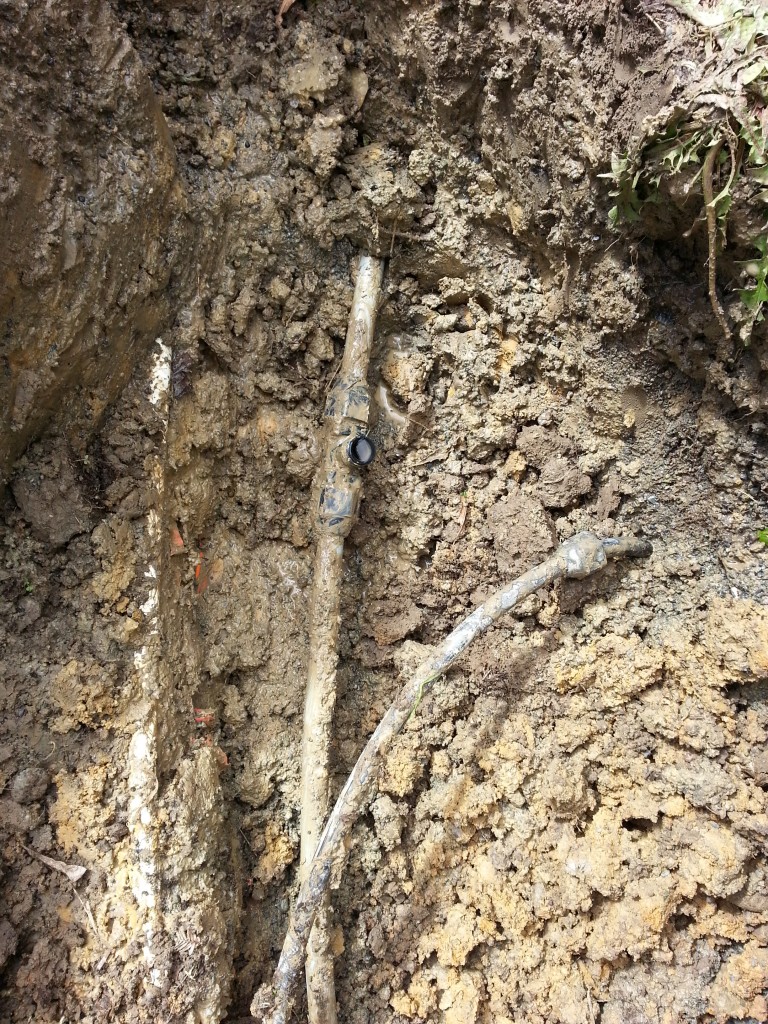 Hmm that looks oddly like a garden tap screw… 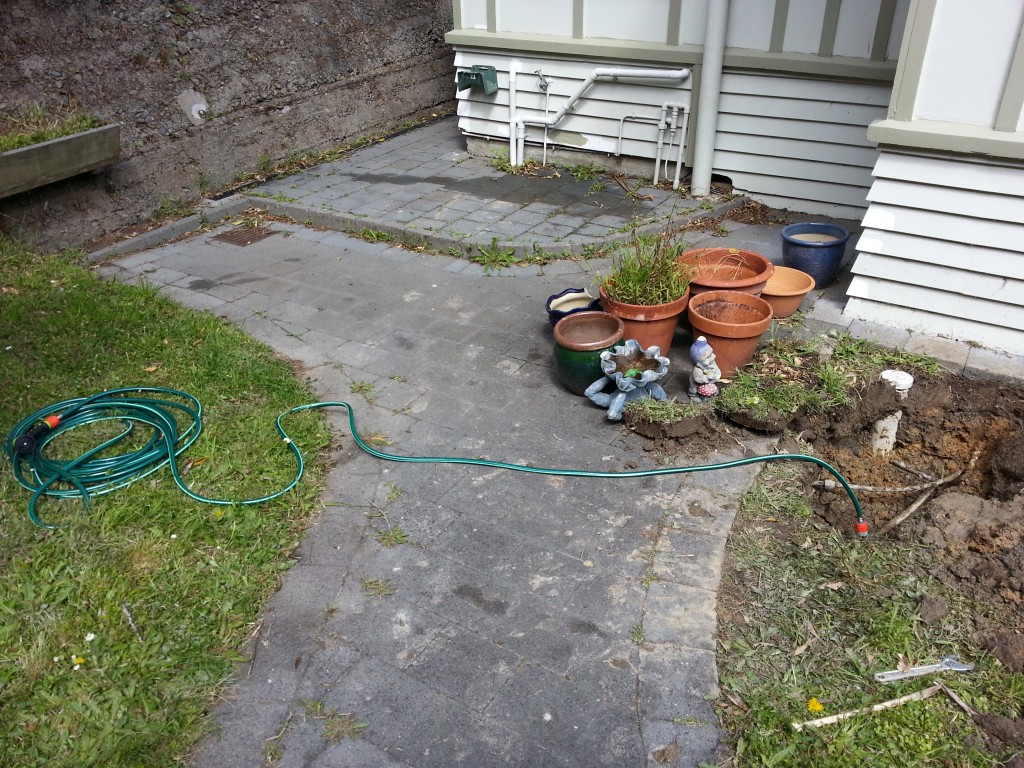 Subsequently I’ve had the plumber come and replace all the remaining Duxquest under the house with modern PVC piping and copper joiners to eliminate the repeat of this headache. And I also had the toby moved so that it’s now positioned before the split so that it’s possible to isolate the 60m water main to the house which will make it a lot easier if we ever have a break in future. 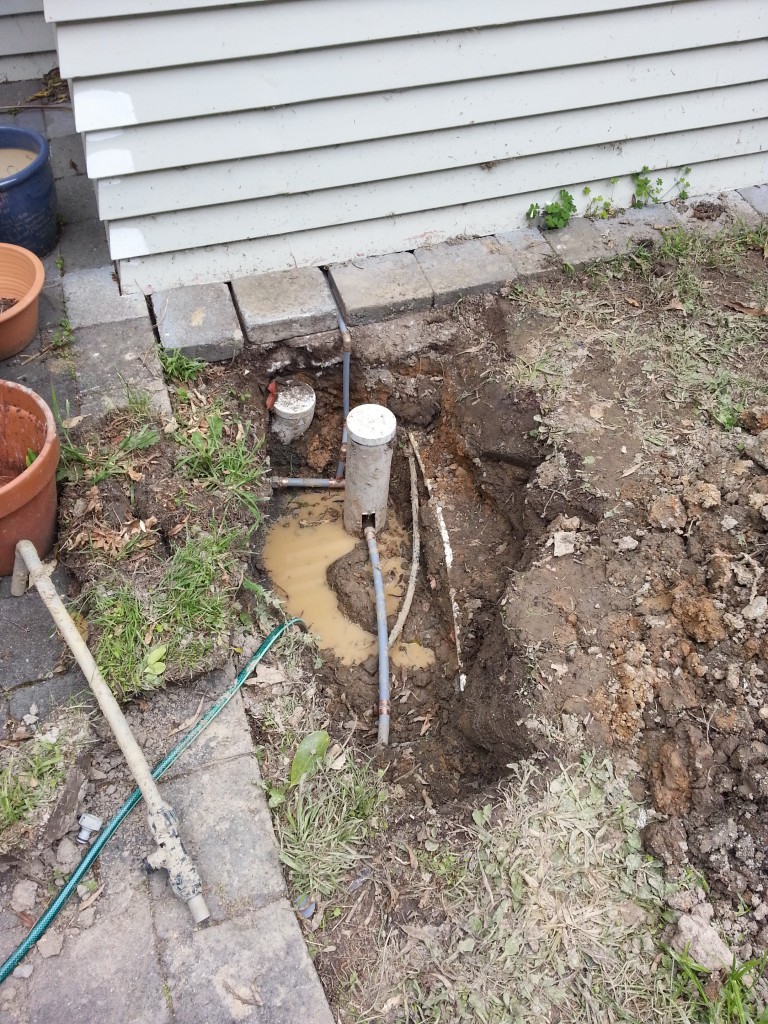 You too, could have this stylish muddy hole for only $800!

I’m happy we got the leak fixed, but WCC made this way harder than it should have been. To date all my interactions with WCC have been quite positive (local government being helpful, it’s crazy!), but their state-owned-entity of Wellington Water leaves a lot to be desired with their communication standards.

Despite being in communication with the company that detected the leak and giving updates on our repairs we continued to get threatening form letters detailing all the fines in-store for us and then when we finally completed the repairs had zero further communications or even acknowledgment from them.

At least it’s just fixed now and I shouldn’t have any plumbing issues to worry about for a while… in theory.