I arrived in Melbourne on Wednesday afternoon from Hobart – despite being full of coffee I managed to end up sleeping on the plane, but woke up in time to watch the plane fly over Melbourne on a very clear day, which is always awesome – seeing the CBD towers in the distance.

My delightful tour guide for Melbourne is MissNickiBee who meet me at Southern Cross Station and proceeded to take me back to her dungeon flat via tram. 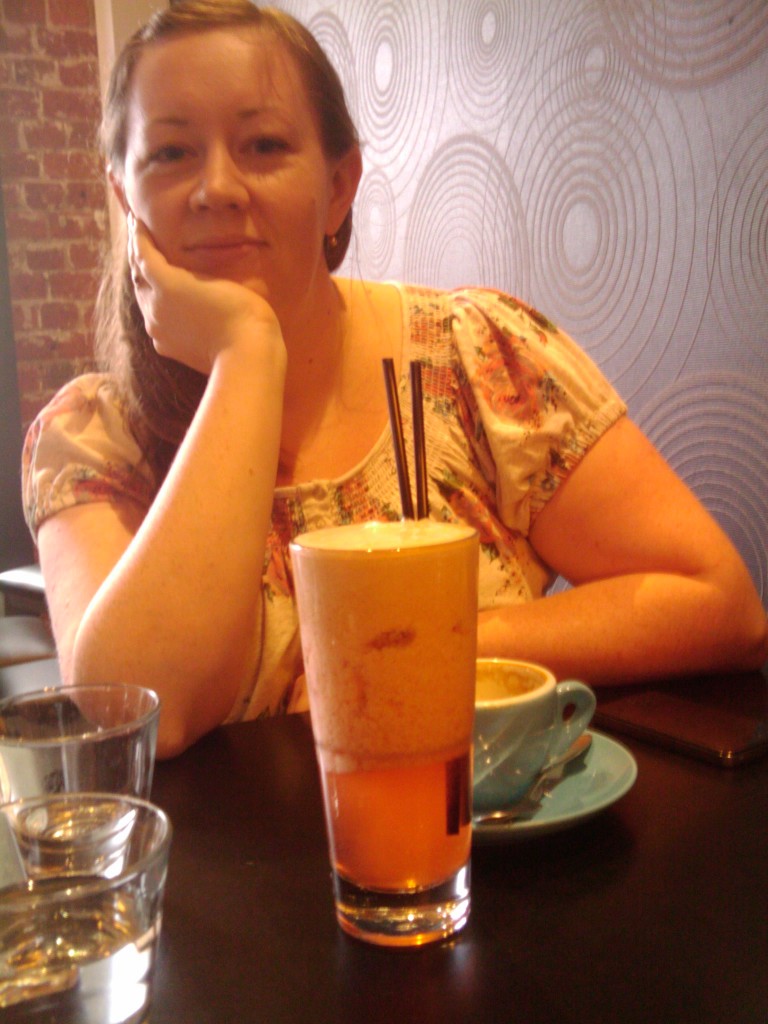 Despite having been in Melbourne about three times before, this is the first time I’ve actually gone and caught a tram – was a pretty neat experience, they’re basically like thin trains but going down the middle of the street – much speedier and less annoying that Wellington’s buses since they don’t need to pull in and out every few minutes, they have mostly straight runs and primary right of way for all traffic. 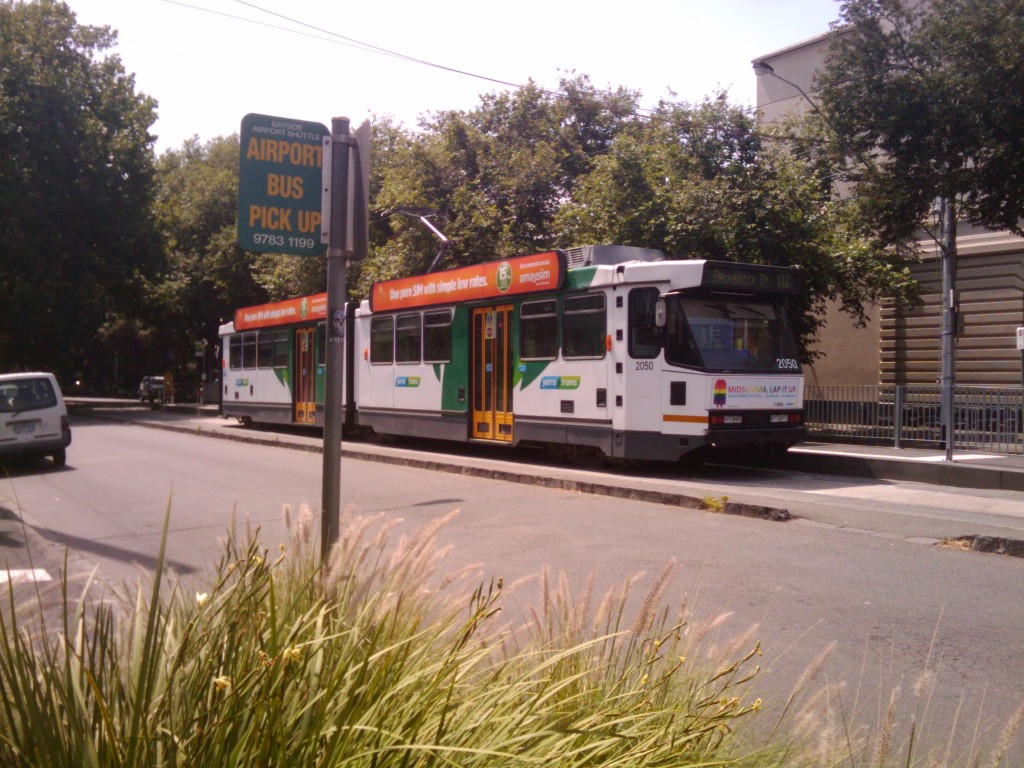 One of the older trams, the newer ones are articulated into four sections and ride lower to the ground. If you're lucky, they have aircon and if you're very lucky, there's not too many people on it. :-)

After dropping off all my junk at her flat, we headed out for dinner at an awesome vegetarian only restaurant just block from her flat.

The thing I love most about Melbourne is it’s food – there’s a massive amount of selection, it’s like taking Cuba St and scaling it up by a factor of 20x whilst still retaining that small and cosy feel.

Whilst I was there, I must have passed about 4 different vegetarian only restaurants, including one particularly large one on the Thursday evening which was extremely popular and large enough to justify about 6 staff.

Didn’t get up to much as I was pretty worn out from Tasmania, so we had dinner, went along to a pub for a few drinks with a flatmate and then headed home to plan the next couple of days. 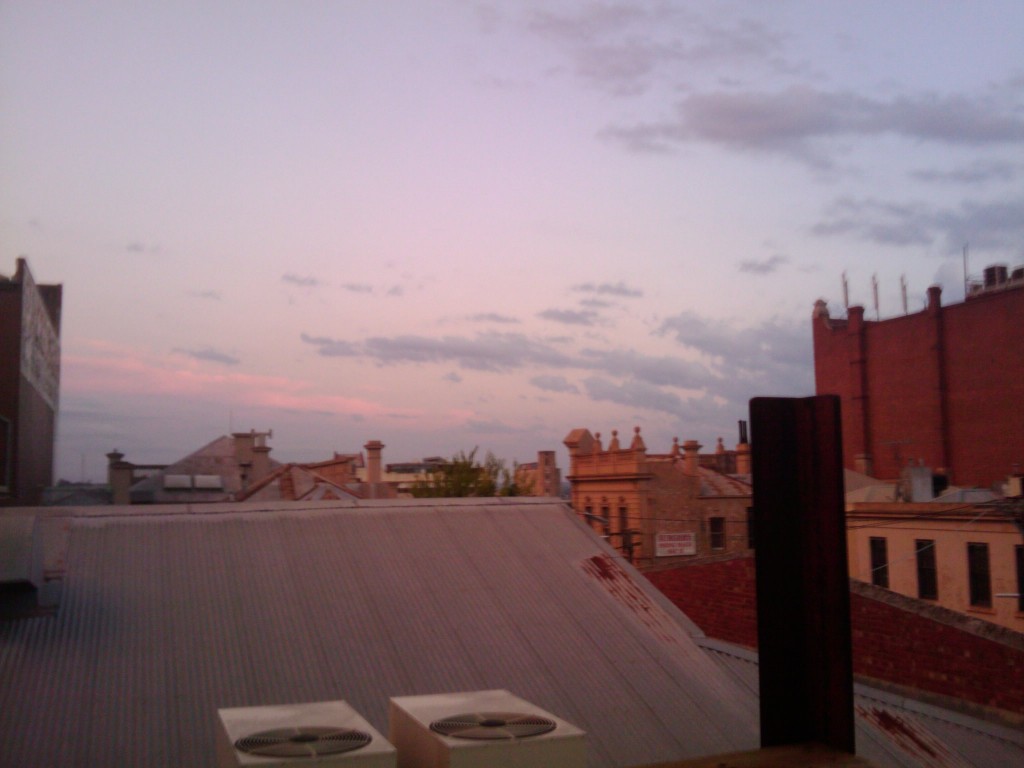 Looking out over part of Melbourne from a pub

This entry was posted in Uncategorized and tagged melbourne, travel. Bookmark the permalink.