Adventures in the lands of the north

As a loyal and frequent visitor to my blog (ha!) you will have noted that I went up North for a 4 day roadtrip – firstly to Auckland, then Rotorua and back to Wellington via Hawke’s Bay.

I didn’t take a whole heaps of pictures, since I was driving, but here’s a few for those interested in a bit of NZ. :-)

We stopped off briefly on the desert road to look at all the snow on Mt Ruapehu in the distance, as well as splatterings around near the roadside. 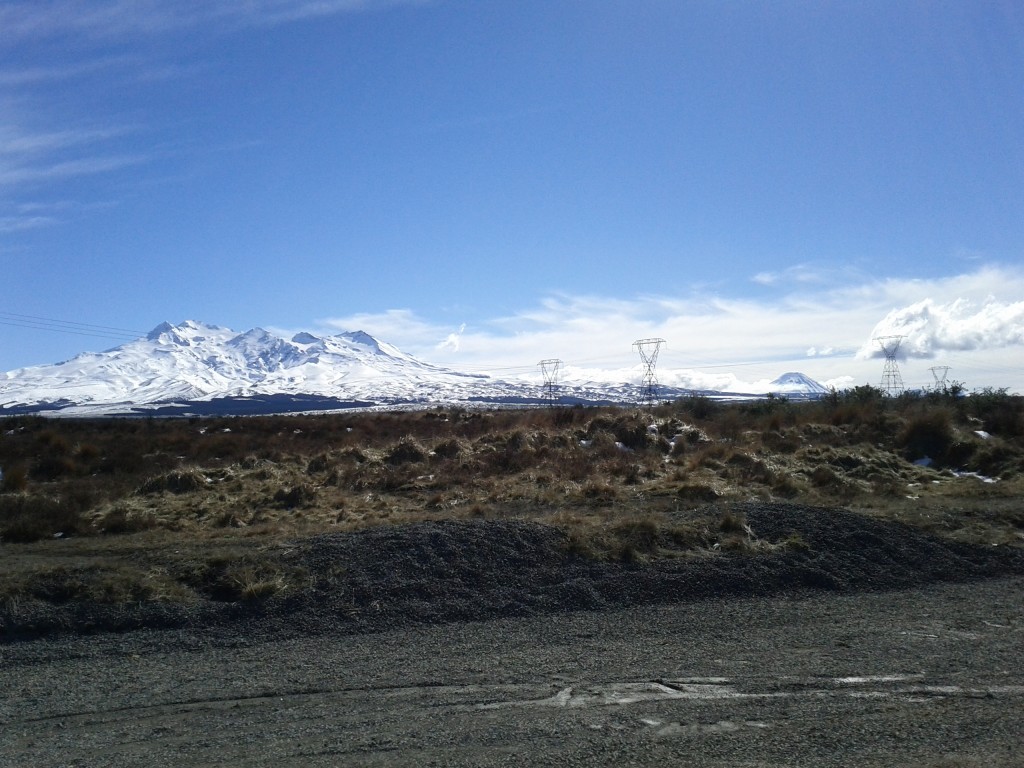 View of Mt Ruapehu from the Desert Road on the way to Taupo. 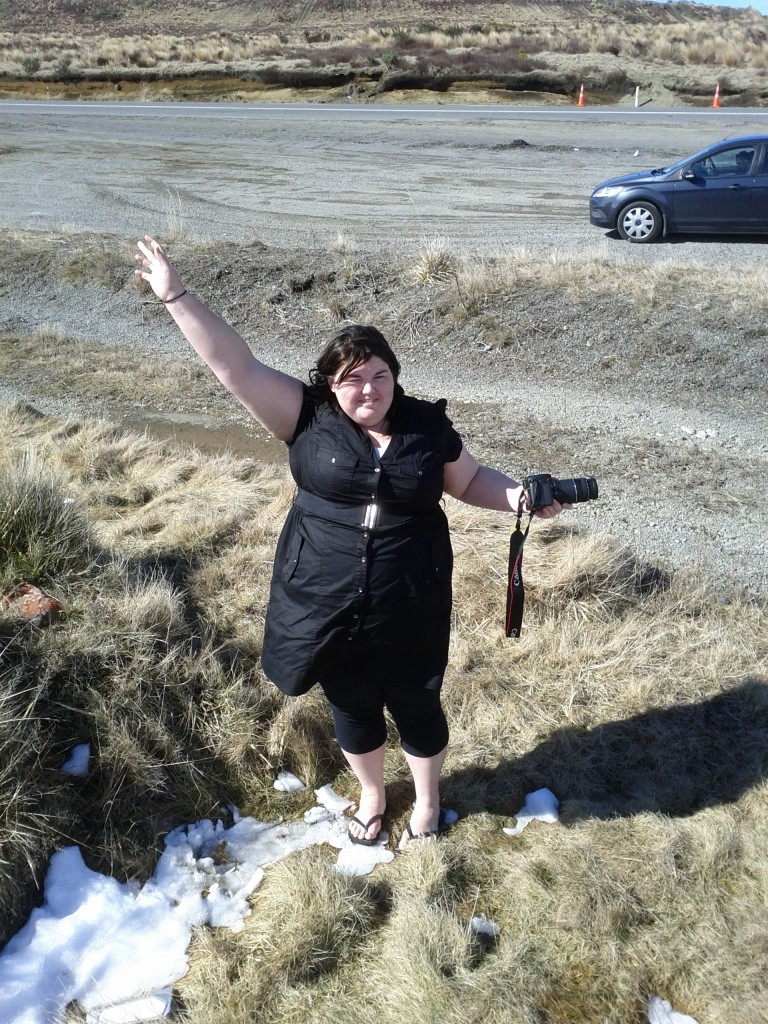 @splatdevil is excited by the presence of snow 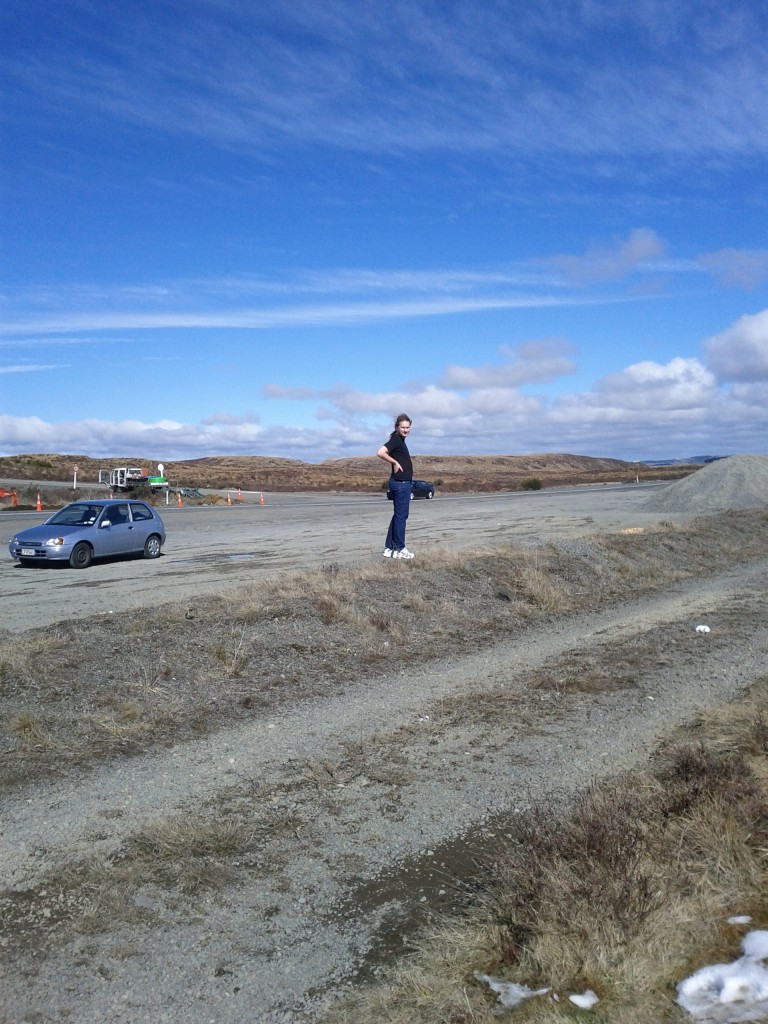 @chrisjrn stops to stretch his legs - in the background, a mighty Toyota Starlet, the powerful high speed beast that took us for around 1,400+KM trip in cost effective style. ;-)

After reaching Auckland, had evening catchups with friends, before spending the following day tripping about a bit and visiting a few places.

Stayed at the Quest on Nelson serviced apartments – a little worn, but good price, cheap car parking and spacious rooms with a lounge and clean and functional. :-) 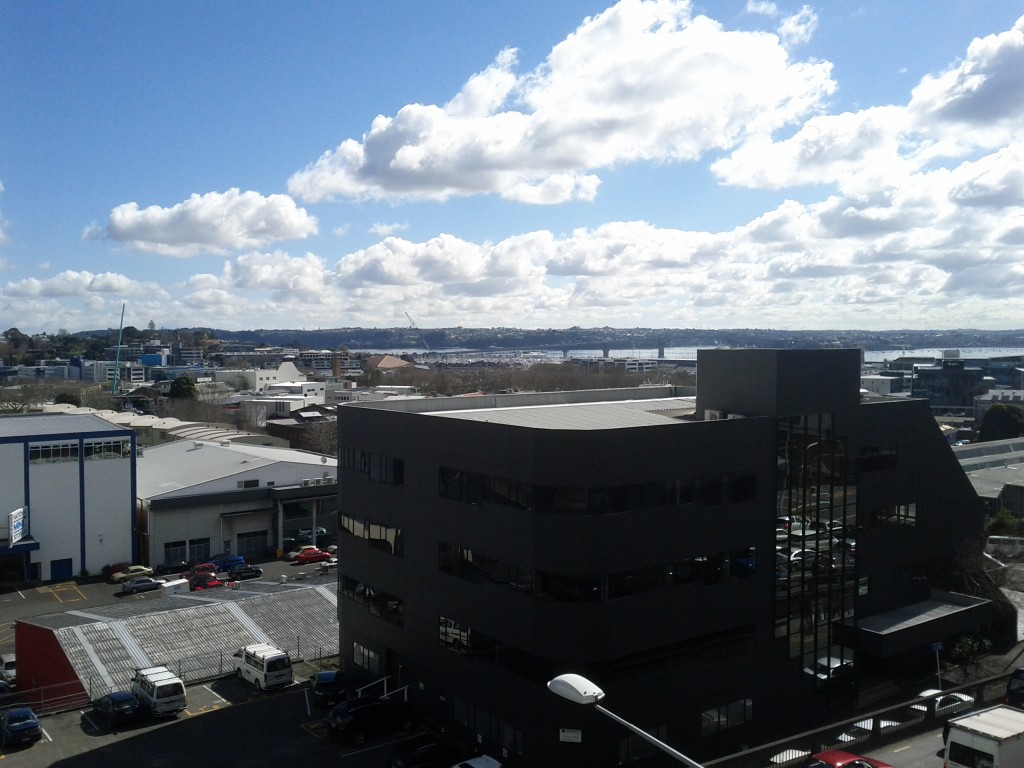 Looking out over Auckland from our hotel room - note the Auckland Harbor Bridge in the distance. The presence of a large carpark is a good summary of Auckland really. I don't have any pictures of me in Auckland, other than random camwhoring in the hotel room. Sorry ladies, this is the non-topless version. :-P Lunching at Mission Bay, looking out at Rangitoto Island 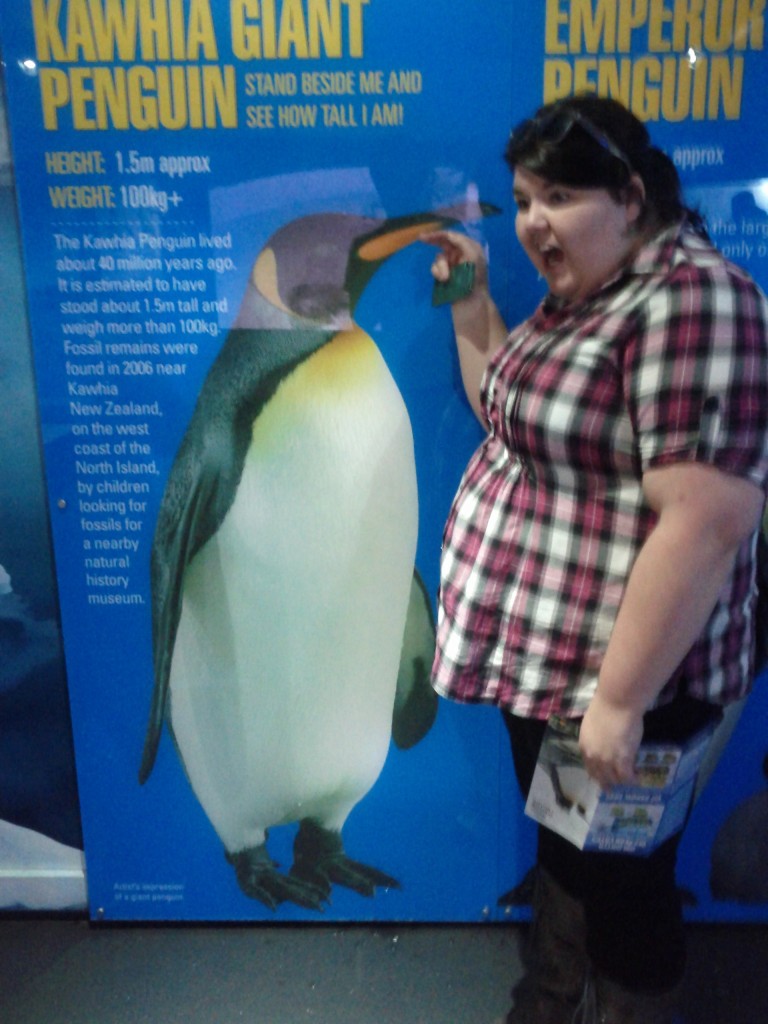 TBH, I wasn’t particularly impressed with Kelly Tarlton’s, I found it quite short and whilst the penguin area was good, the rest didn’t really impress.

Although I admit, I am spoilt by having gone to Melbourne’s Aquarium earlier this year which features a far more impressive selection of sea life, so maybe Kelly Tarlton’s is good if you haven’t been to one of the larger international aquariums before.

After Auckland, we headed down to Rotorua for one night – I had intended to detour via Tauranga, as I’ve never been there before, but missed the non-signposted turnoff (for reference, you need to take SH2 via Ponoko – but it’s not labeled as SH2, instead you actually need to turn off at Ponoko).

Stayed overnight at Rydges Rotorua – whilst it was a bit full of kids during our stay (kids hockey tournament on apparently), it was otherwise enjoyable and we got upgraded to a suite which was larger than all the rooms in my flat combined…

Started the morning off with a big hotel feed, then hit the road for a short drive to Wai-o-Tapu, one of the major thermal areas.

Started off the trip with the 10am eruption of the Lady Knox Geyser – it’s a naturalish eruption – essentially there’s a large pool of hot water and steam underneath, but the eruption isn’t controlled due to buildup of mineral deposits – so they add a chemical once a day that breaks down the deposits and allows the geyser to erupt. The rest of the thermal area is good too – we probably spent 2-3 hours wandering all the tracks and taking a look at the weird smelling steaming ground. ;-) 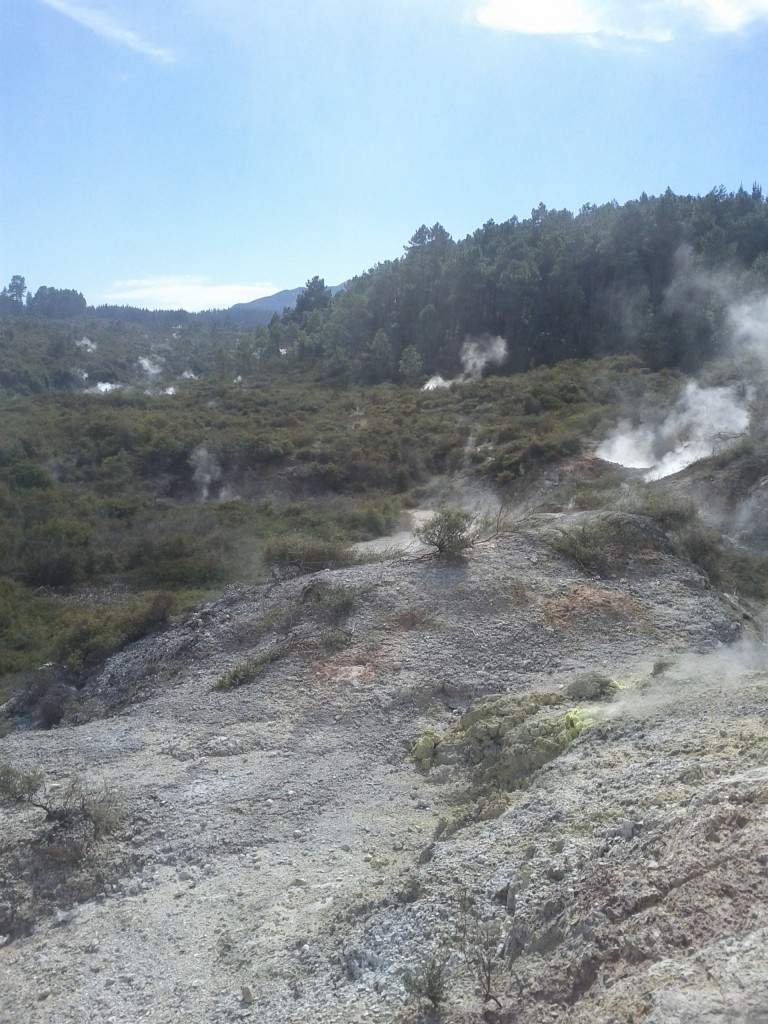 Imagine walking through the NZ bush as a settler and coming across that.... Large network of connected thermal pools - the tracks take you right around and through some of them. 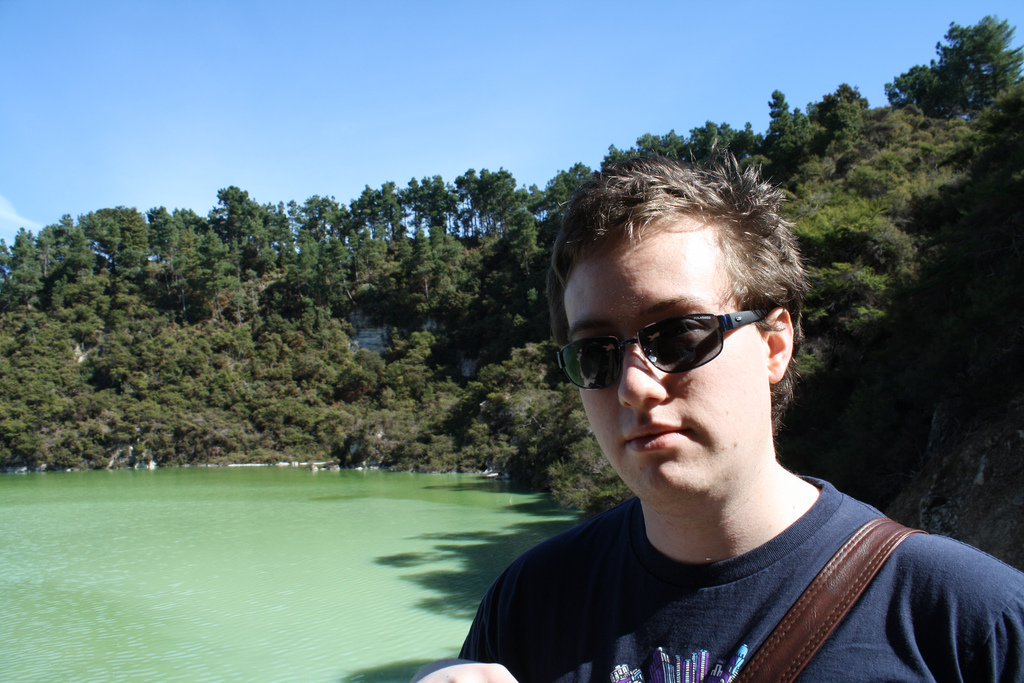 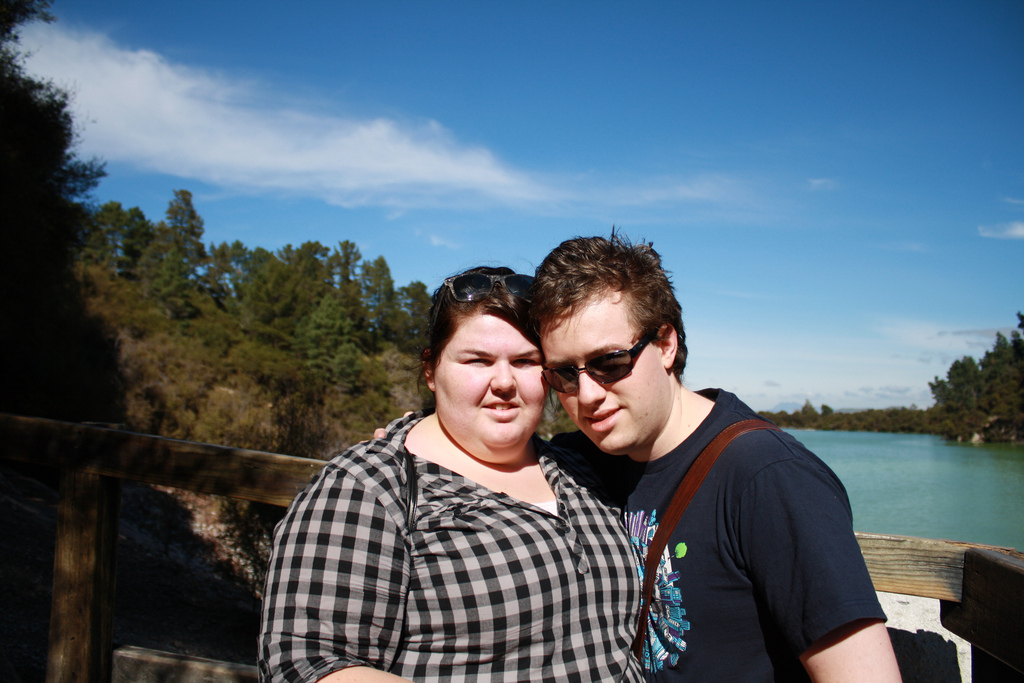 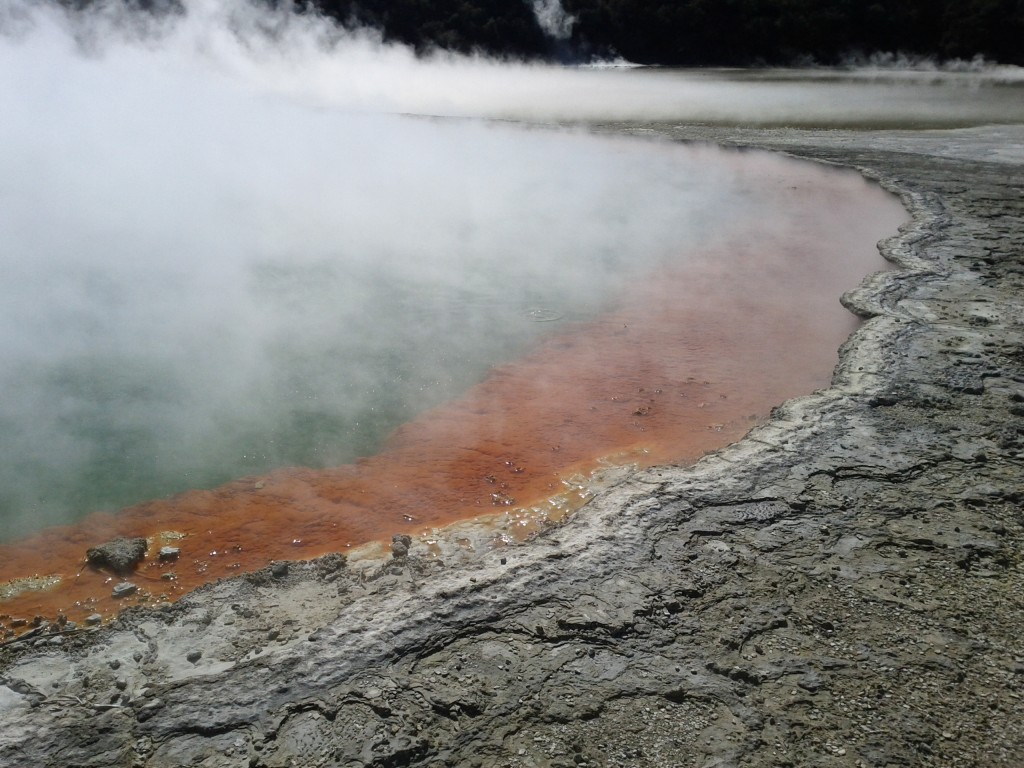 One of the most impressive pools, with clouds of billowing steam wafting off the water.

There are some more pictures taken by @splatdevil on her flicker page.

Apart from the catching up with friends, the thermal walk was one of the best features of the trip – next time I want to check out Waimangu Volcanic Valley too, which looked quite interesting.

There are also various natural hotpools around, would be quite neat to spend a bit of time finding a few and going to them, without the piles of tourists around as with the commercial areas.

Overall, was a great 4 days and an enjoyable drive, giving me a chance to see parts of NZ I’ve never seen before. :-)

This entry was posted in Uncategorized and tagged travel. Bookmark the permalink.