The weekend before linux.conf.au, I decided to go on a roadtrip with @chrisjrn down south of Melbourne for a roadtrip through the rural areas and along the Great Ocean Road.

I started the trip with a pickup from @chrisjrn from the Melbourne International Airport, after a short stopover at the Virgin lounge for some food, we headed out to drive through Melbourne CBD and along the coast to Sorrento. 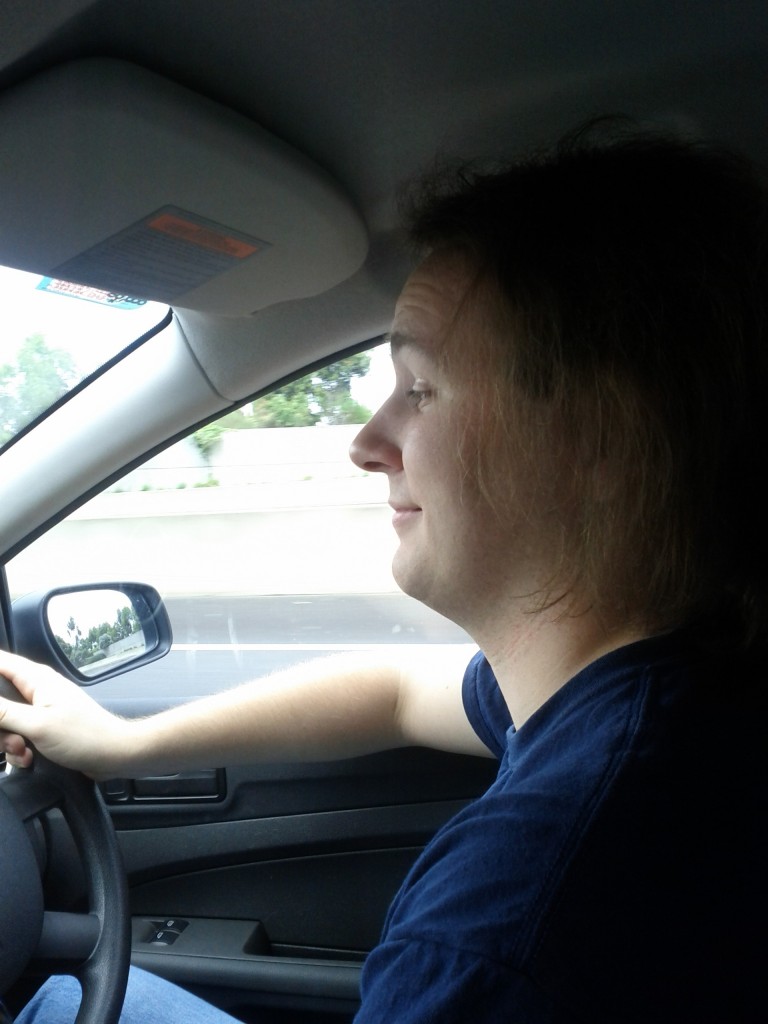 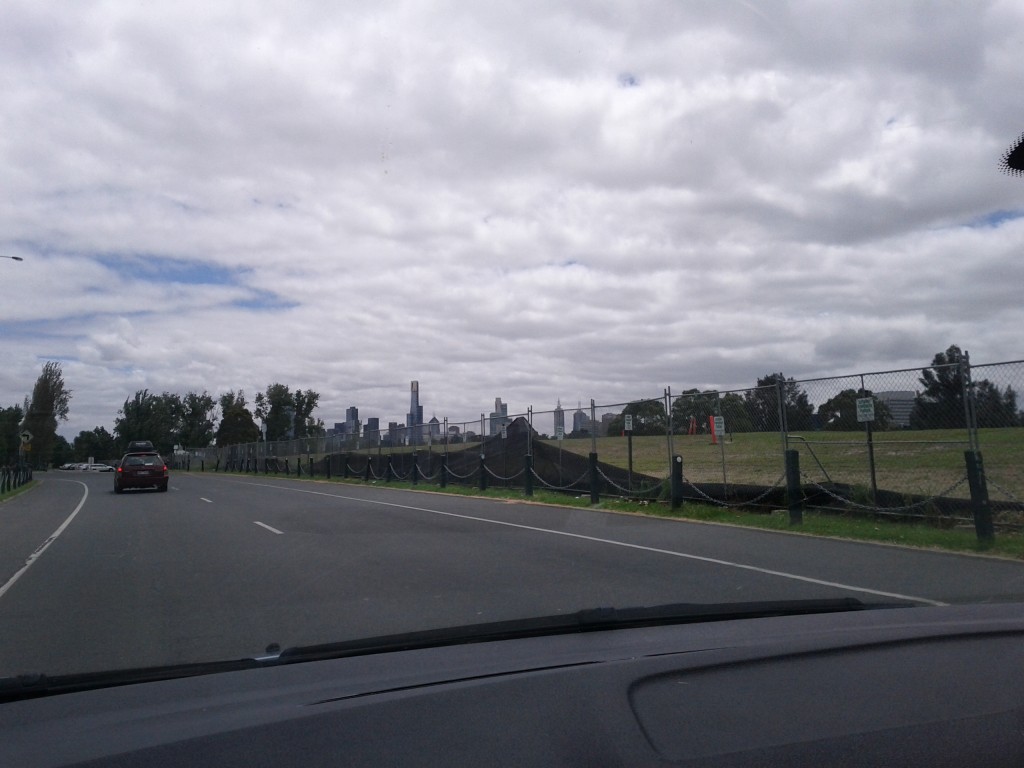 Melbourne CBD skyline in the distance

Once at Sorrento, we took the Sorrento-Queensclift ferry from Sorrento to Queenscliff with the car, around a 1 hour trip across the main shipping lane into Melbourne. 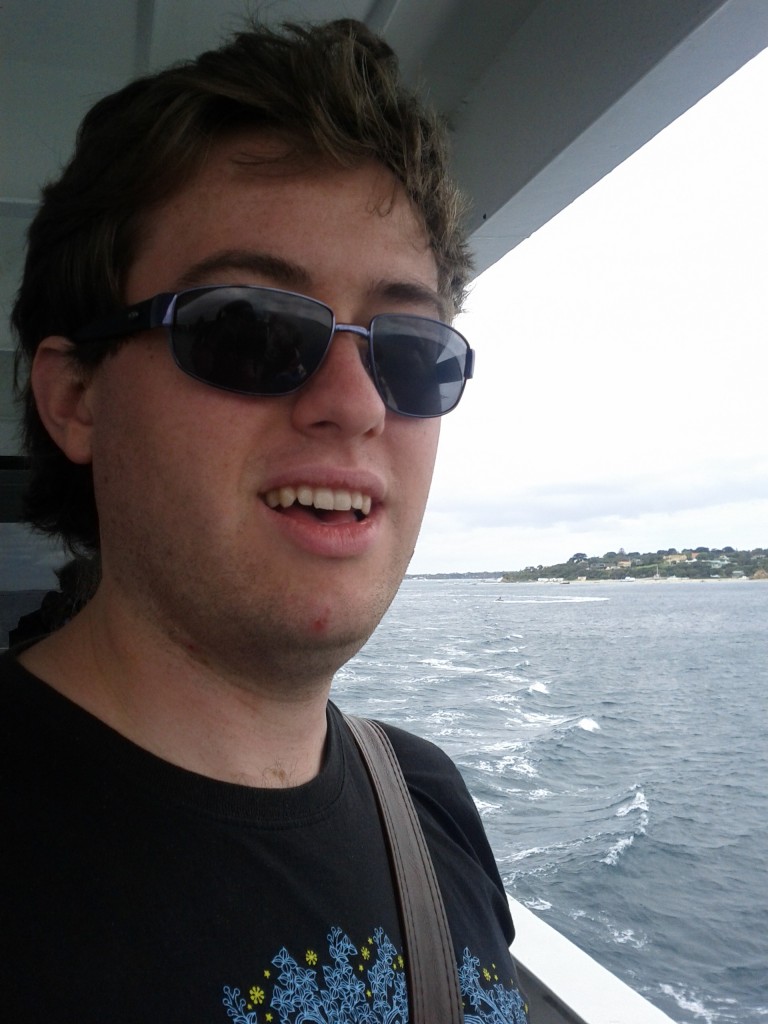 Yay, I'm on a boat! (Crossing the Melbourne harbour) 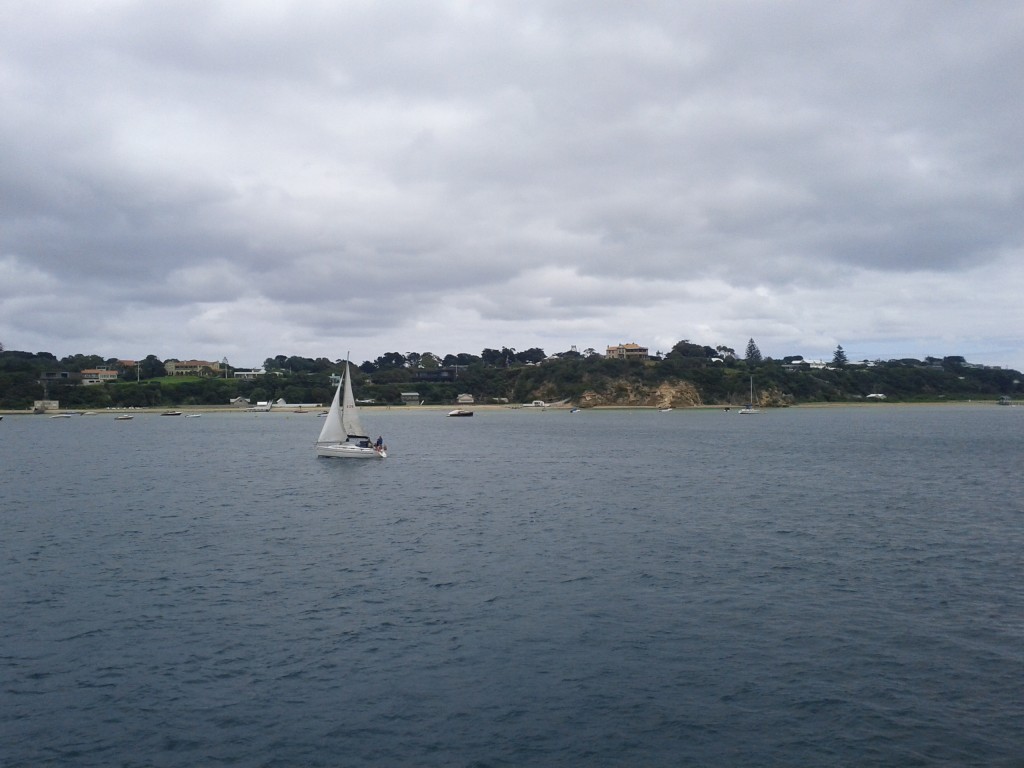 After getting off the ferry and negoiating deep fried deliciousness from a local takeaway joint (silly aussies not understanding NZder accents), we hit the road and got onto the Great Ocean Rd.

It’s a pretty neat drive with many twists, turns and other interesting bits. The amount of tourist-specific signs is amusing, with always a sign stating “In Australia, we drive on the left” after every major tourist turnoff.

It also appears that every Australian rural town is required to have a carnival on, I must have passed around 20 of them during this trip.

After driving for some time, we started getting our first views of the Australian coast line, shortly followed with a stop off at the Split Point lighthouse, offering expanded views over the coast. 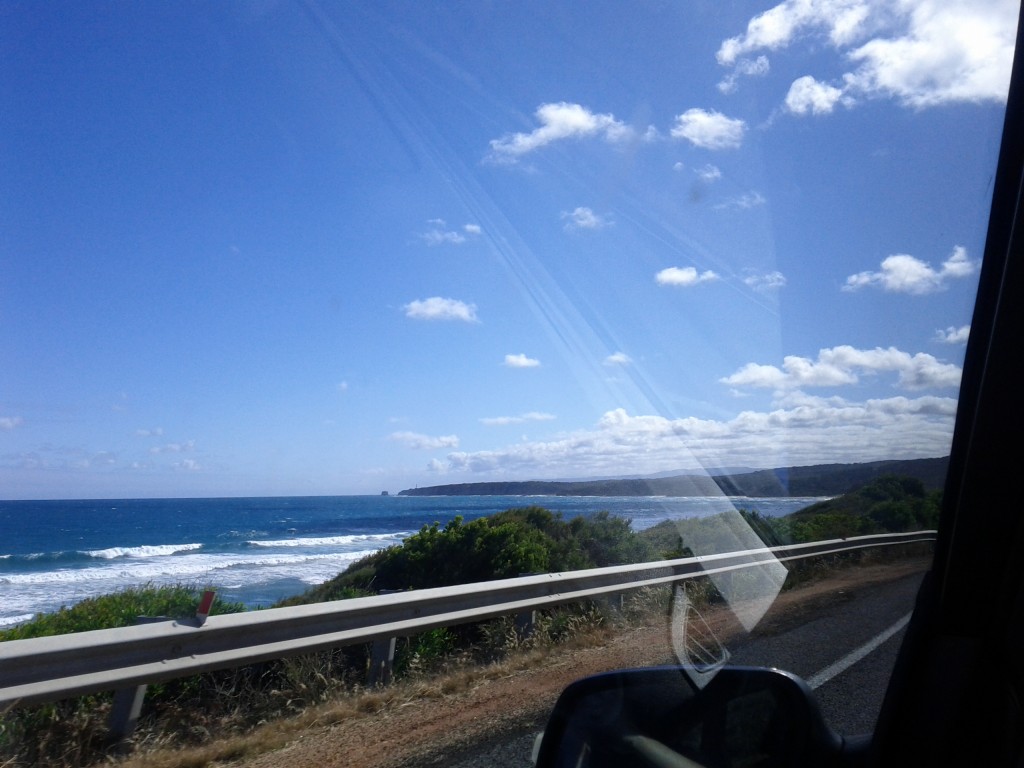 Start of the Ocean View Rd 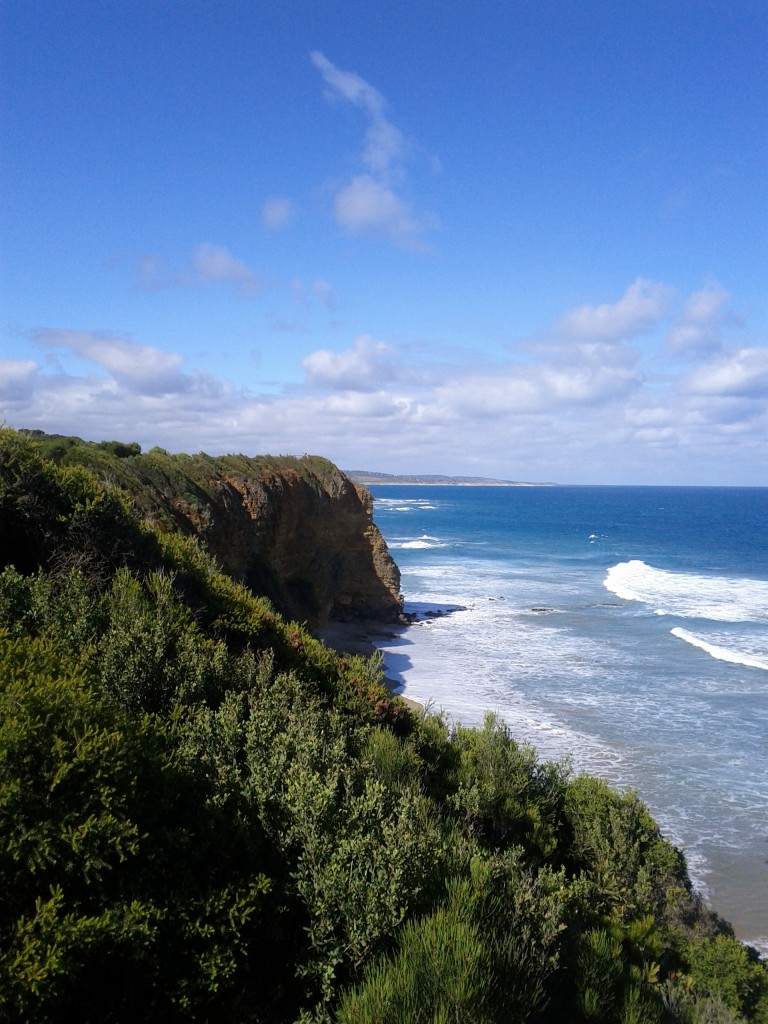 View along the coast line from Split Point lighthouse 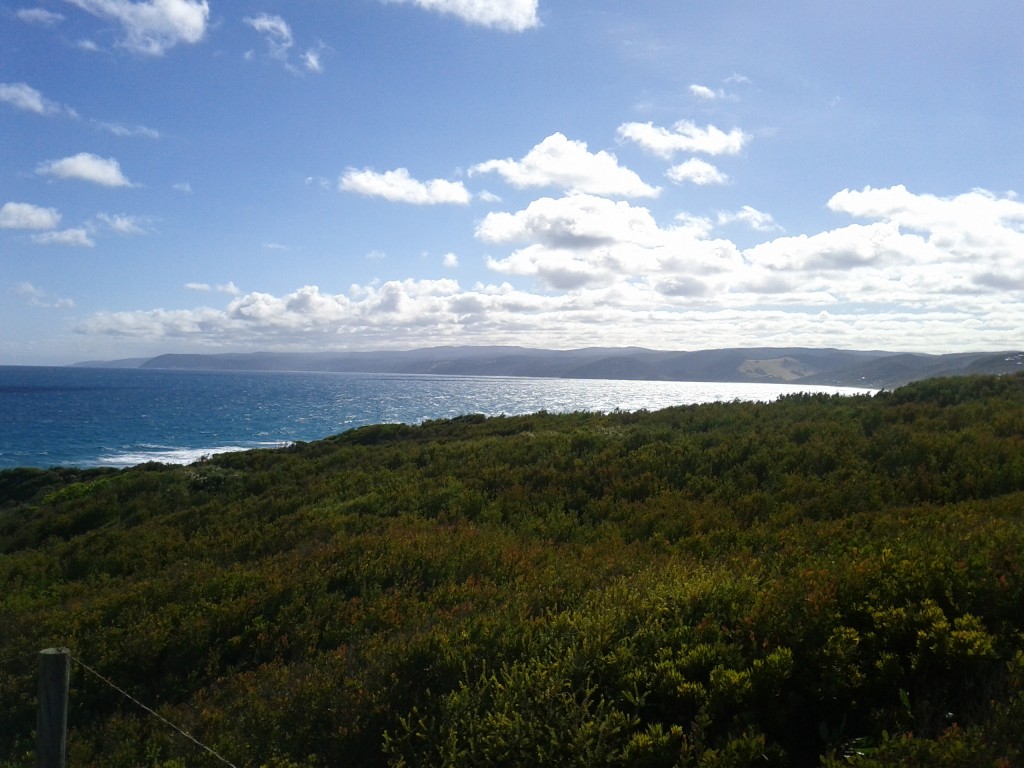 View out into the far distance from Split Point lighthouse 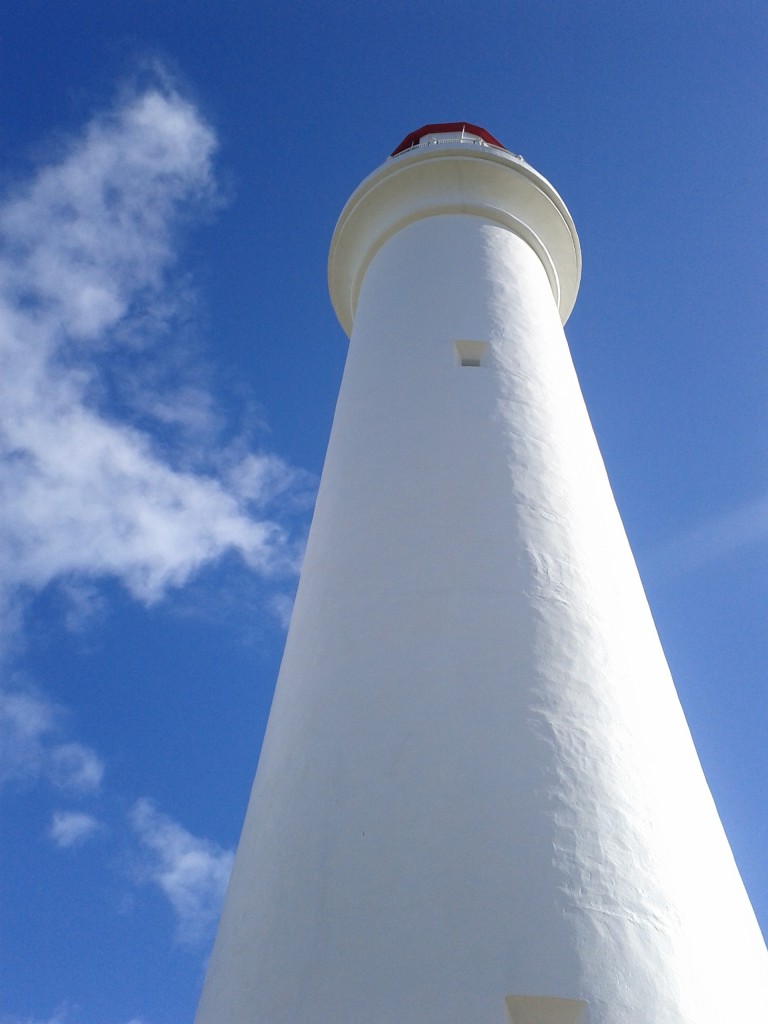 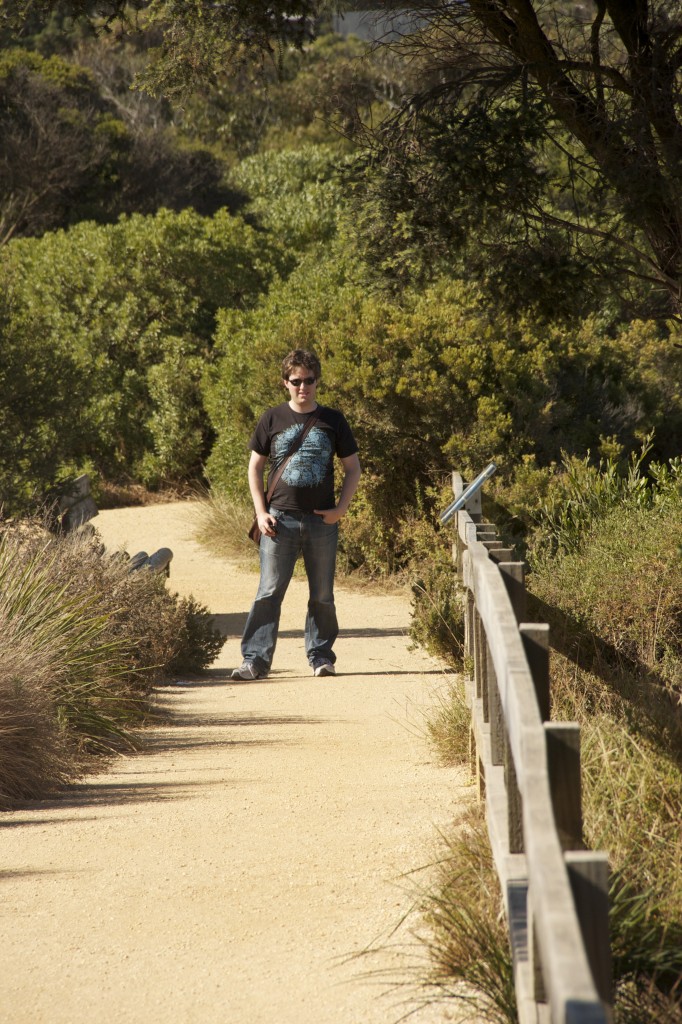 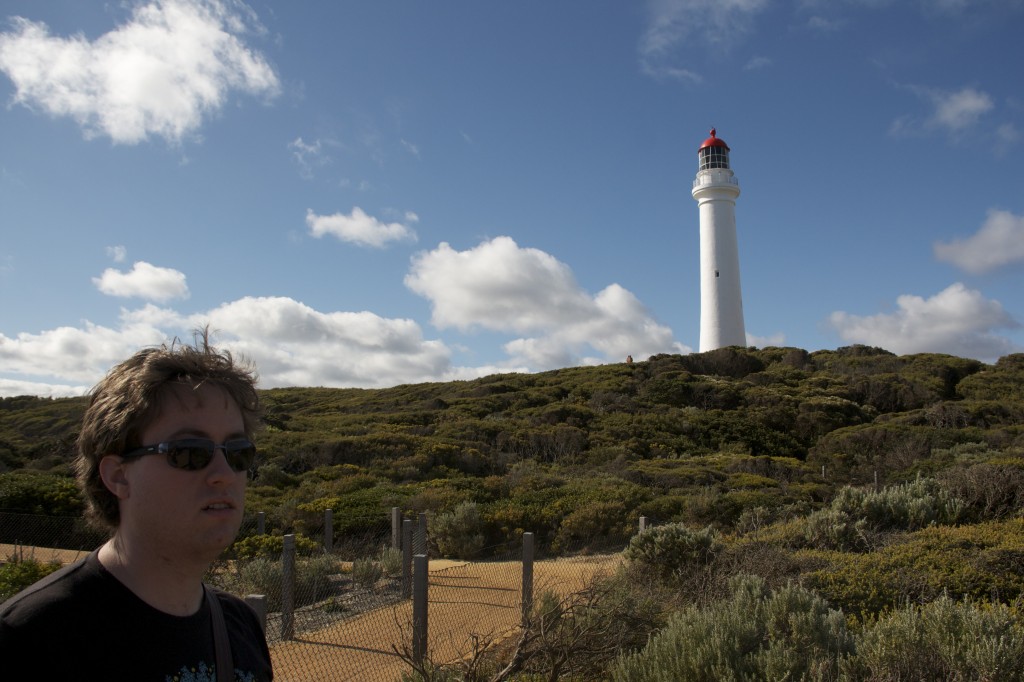 Me looking dorky by a lighthouse. These pillers are littered along the coast and form a major series attraction called the Twelve Apostles further along the road.

As it was getting late in the day (18:00+), we decided to pull in at Lorne and looked for some accommodation. After spending some time looking around, we determined nothing was open or available, before finding a cabin/motel online further along the road, towards Apollo Bay. Stopped to look for accommodation in Lorne, view from seating area.

We ended up in a cabin up on the hills, with a partial view out over the bay and lots and lots of wildlife around. 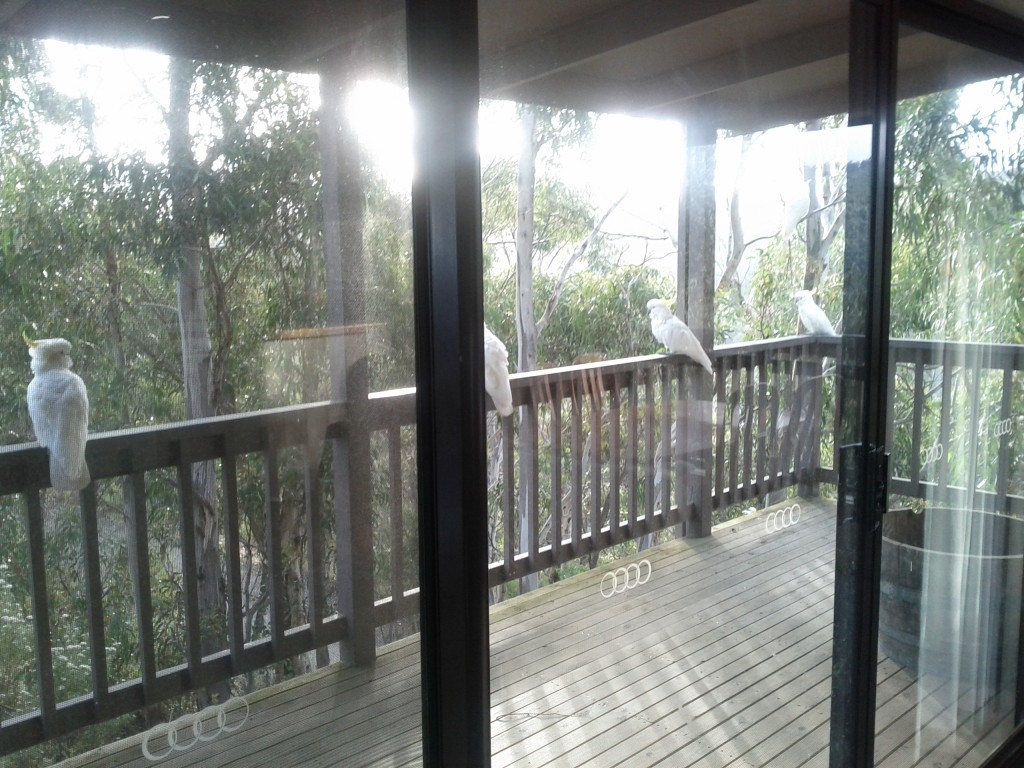 Pretty boys came to visit our motel - saw at least 8 at the same time and could hear them running over the roof. The next morning we set off to the Twelve Apostles, pillars of sandstone formed by erosion of the clift-face. I'm Jethro. These are the Twelve Apostles. (or actually 11.5, since one has kind of fallen down now) I think these huge clifts are to stop the New Zealanders from invading easily. View platform on exposed clift face that is slowly being worn away... will eventually be an additional apostle. After taking pictures of lots of rocks and my hair moving dreamily in the wind, we headed up to Ballarat for the conference on the rural roads of Victoria. Rolling through the outback. Well, kinda. Rural Victoria looks very much like a dry Auckland at times, but with the addition of eucalyptus trees.

And that completes my trip around rural Victoria – next up, LCA posts. :-)