I was in Wellington a week ago for several work projects and ended up on a train out to Johnsonville to help my good friend Tom with his wifi/cable modem issues at his new flat, now that #geekflat is over. :'(

It’s not a secret that I love trains, a good deal of my per-computing childhood was spent reading train books, visiting the Silverstream Railway in Wellington (I think I was the youngest member at the time) and when I was younger Dad would sometimes take me out on Wellington’s suburban trains for daytrips.

The fact that Wellington’s rolling stock was (and in many cases, still is) positively ancient made it fantastic for a young train fan, since all the locomotives made such great noises, screeching and rattling around the place.

Until recently with the 2011 introduction of the Matangi FP Class trains, most of the Wellington region passenger trains were the NZ EM/ET class dating back to 1982 or even worse, the NZ DM/D class trains which date all the back to 1938. 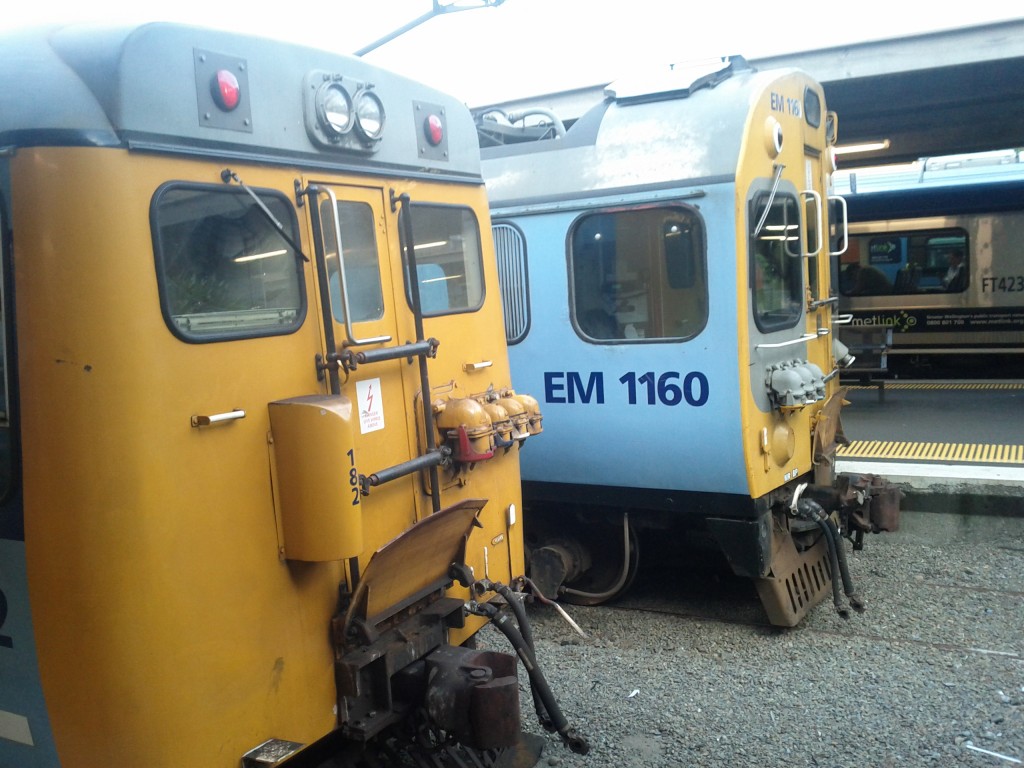 DM/D train running the Johnsonville Line in the foreground. An EM/ET class in the background.

This will be changing, new Matangi trains have been successfully tested on the Johnsonville Line and will be finally replacing the DM/D class – which whilst it will make for a smoother trip, will make it slightly less exciting for train fans. ;-)

There’s a great youtube video of the whole trip at about 23 minutes which gives you an idea of the noise, but if you’re just wanting a quick idea of the route and the number of tunnels, there’s a timelapse version. :-)