New Zealand has passed legalisation for allowing same-sex marriage this evening! I’m so happy for my many LGBT friends and love the fact that no matter whom any of us love, we can get the same recognition and rights in not just law, but also have society recognise these choices. 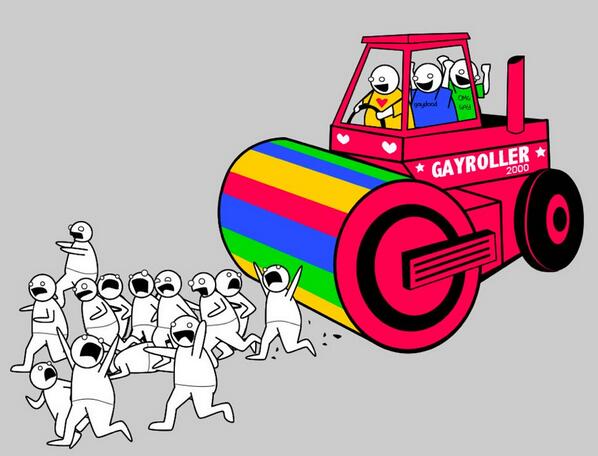 NZ has had civil unions for some time giving same-sex couples similar legal rights, but this removes the last barriers to equality and gives hetrosexual and homosexual relationships the same footing in society.

This may sound like a small thing, but it has huge ramifications – it removes the distinction of same-sex relationships as being different in some negative sense. In the eyes of the law, there is no difference in any marriage no matter what genders the participants are and this will reflect over time in society as well

It’s also solved the same-sex adoption issue, with the legalisation opening the door for the first gay adoptions to take place.

Generally New Zealand is very liberal – our government is almost entirely secular, generally mentioning and promoting religious views in government is the realm of fringe 1 or 2 MP parties, which has really helped with this legalisation as it hasn’t gotten so tangled up with religious arguments.

Whilst there were still a few disturbed individuals who voted against the bill, the support has been strong across the entire house and across parties.

I’ve personally noted that the younger generations are the most open and comfortable around same-sex relationships, whereas the older generations tend to support their rights in general, but still raise their eyebrows when they see a same-sex couple, a hangover from decades of stigma where they still feel the need to point it out as something unusual.

There’s still some stigma and fights remaining – the law still won’t recognise polygamous marriage and government departments still tend to vary a lot on the gender question (although the new marriage laws allow you to be Partner/Partner rather than Husband/Husband, Wife/Wife or Husband/Wife; and NZ passports now have a X/Other gender option, so it’s getting better.).

There’s also some more understanding needed in society around the fluid nature of sexuality – if I sleep with guys and then settle down with a lady (or vice versa), it’s not a case of going through a phase before setting on straight or gay – there’s a whole range of gray areas in between which are very hard to define, yet I feel that society in general is very quick to label and categorise people into specific categories when the reality is that we’re just undefinable.

But despite a lot of remaining work, I’m extremely happy with this legalisation and happy that I voted for a party that supported it 100% as an undeniable human rights issue. Maybe even had a momentary twinge of patriotism for NZ. :-)

This entry was posted in Uncategorized and tagged lgbt, new zealand, opinions, politics. Bookmark the permalink.