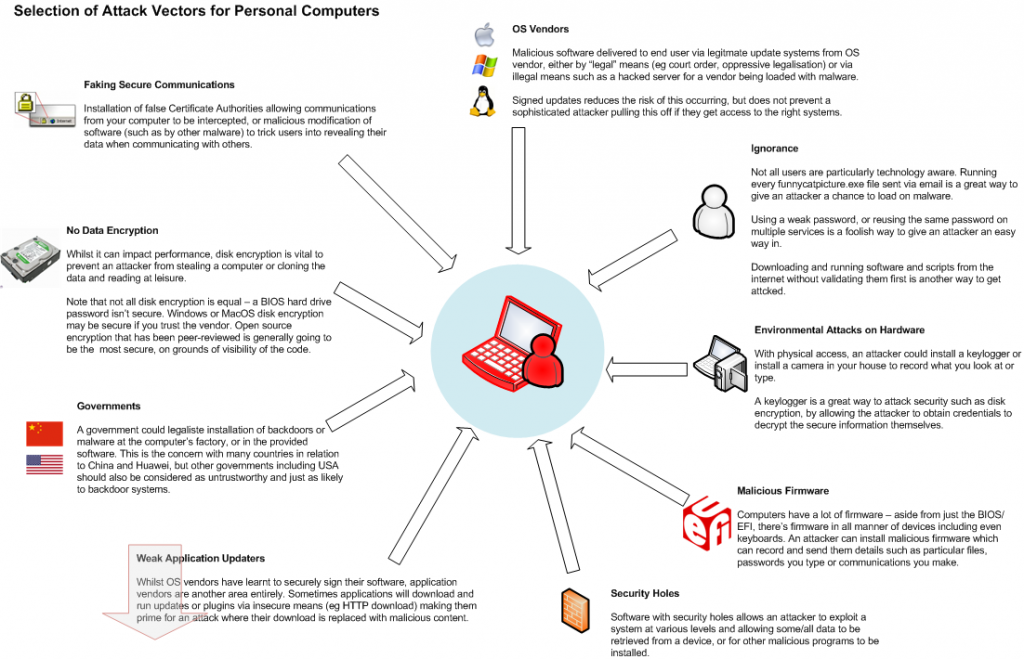 I’ve put together a (very) simplified overview of various attack vectors for an end user’s personal computer. For a determined attacker with the right resources, all of the above is potentially possible, although whether an attacker would go to this much effort, would depend on the value of the data you have vs the cost of obtaining it.

By far the biggest risk is you, the end user – strong, unique passwords and following practices such as disk encryption and not installing software from questionable vendors is the biggest protection from a malicious attacker and will protect against most of the common attacks including physical theft and remote attacks via the internet.

Where is gets nasty is when you’re up against a more determined attacker who can get hardware access to install keyloggers, can force a software vendor to push a backdoored software patch to your system via an update channel (ever wondered what the US government could make Microsoft distribute via Windows Update for them?), or has the knowledge on how to pull of an advanced attack such as putting your entire OS inside a hypervisor by attacking UEFI itself.

Of course never forget the biggest weakness – beating a user with a wrench until they give up their password is a lot cheaper than developing a sophisticated exploit if someone just wants access to some existing data.