I’ve just returned from my annual pilgrimage to linux.conf.au, which was held in Perth this year. It’s the first time I’ve been over to West Australia, it’s a whole 5 hour flight from Sydney –  longer than it takes to fly to New Zealand.

Perth’s climate is a very dry heat compared to Sydney, so although it was actually hotter than Sydney for most of the week, it didn’t feel quite as unpleasant – other than the final day which hit 45 degrees and was baking hot…

It’s also a very clean/tidy city, the well maintained nature was very noticeable with the city and gardens being immaculately trimmed – not sure if it’s always been like this, or if it’s a side effect of the mining wealth in the economy allowing the local government to afford it more effectively. 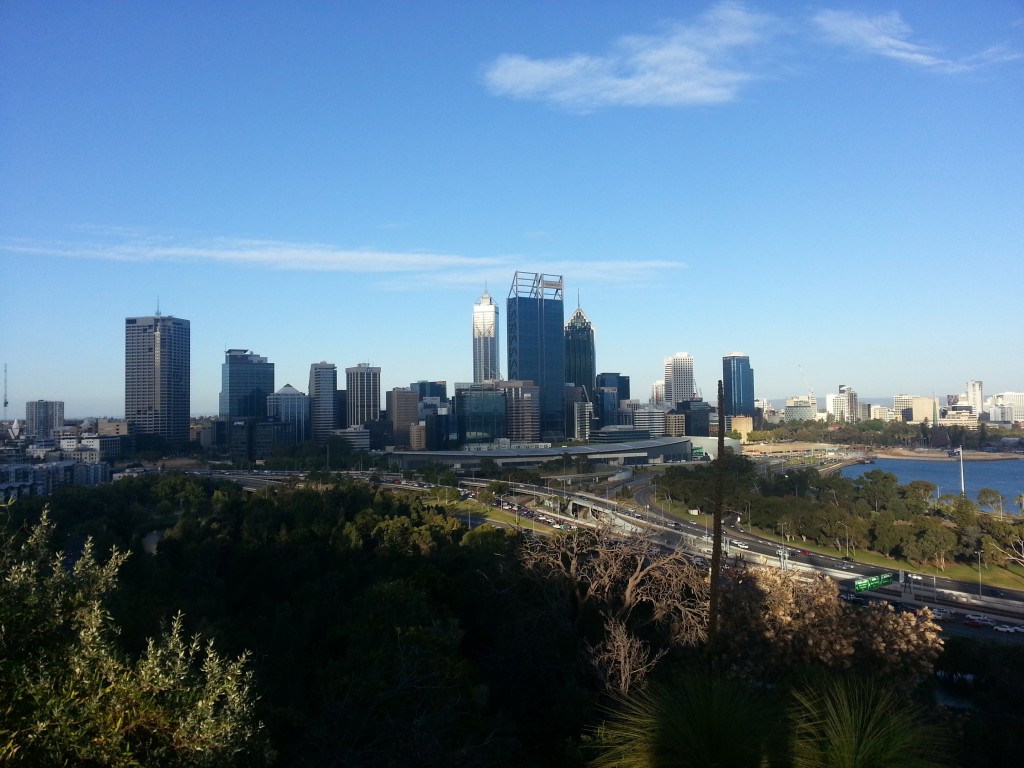 The towering metropolis of mining wealth.

As usual, the conference ran for 5 full days and featured 4-5 concurrent streams of talks during the week. The quality was generally high as always, although I feel that content selection has shifted away from a lot of deep dive technical talks to more high level talks, and that OpenStack (whilst awesome) is taking up far too much of the conference and really deserves it’s own dedicated conference now.

I’ve prepared my personal shortlist of the talks I enjoyed most of all for anyone who wants to spend a bit of time watching some of the recorded sessions.