Ending up living in Sydney rather than Melbourne has brought one unfortunate side effect – a lack of awesome trams spread around the city. Thankfully it turns out one doesn’t have to go all the way to Melbourne just to get a light rail fix.

Sydney has two forms of light rails – the monorail which is to be decommissioned in 2013 and the more recent tram link that runs from Central station, through Pyrmont and out into Glebe. 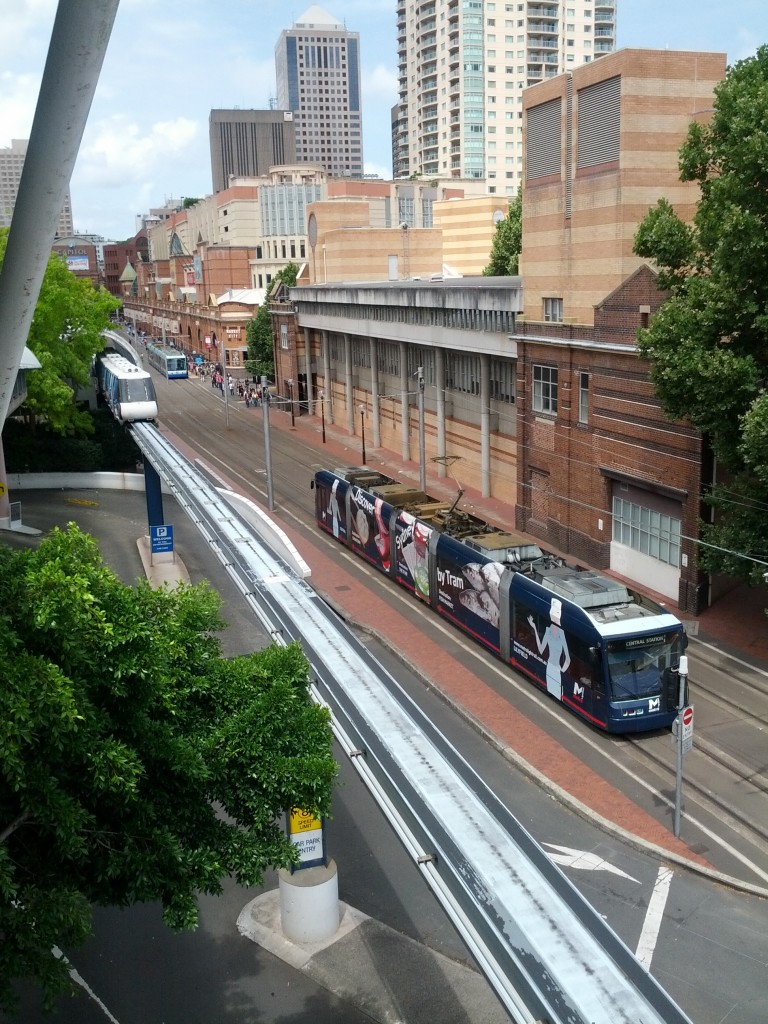 I haven’t been on the Sydney trams yet, based on the location of my apartment, central station and my office in Pyrmont, the tram tends to take me away from the direction I want to actually travel in – although that being said it may be useful if I ever want to go quickly from work to Central station and then transit onto the commuter rail network.

I’m hoping that Sydney considers adopting more light rail – whilst the commuter rail network is very effective at linking main centers, there’s a lot of Sydney that’s only linked by buses, which aren’t particularly fast and seem to be at their limits in regards to capacity.

Extending the tram lines out to places like Surry Hills and Bondi would be a huge plus, the linking of commuter rail and light rail has been very successful for Melbourne and there’s no reason why it couldn’t be replicated here as well.