With the recent move to Sydney, I’ve had to leave my beloved IBM Model M keyboards back in New Zealand – sadly they’re a bit heavy and large to effectively pack into my luggage without sacrificing some much needed clothes.

Even if I was to bring them over here to Australia with me, the Model M’s are too loud for me to use in a shared office environment – my Model M was previously banned from my last employers office after they could hear it through two walls and down a phone at the other end….

Instead I’ve brought a Das Keyboard Ultimate Silent. I’ve been a fan of the Das Keyboard idea for a while – just like the IBM Model M they’re traditional clicky mechanical keyboards, but have modern features such as USB, lighter bodies and (love them or hate them) Windows keys that are useful for both Windows and MacOS users.

Das Keyboards come in both labelled (Professional) and unlabelled (Ultimate) revisions, and the option of either standard loud clicky keys or the “silent” model – considering I’m working in a shared office space, I elected to go for the silent edition. 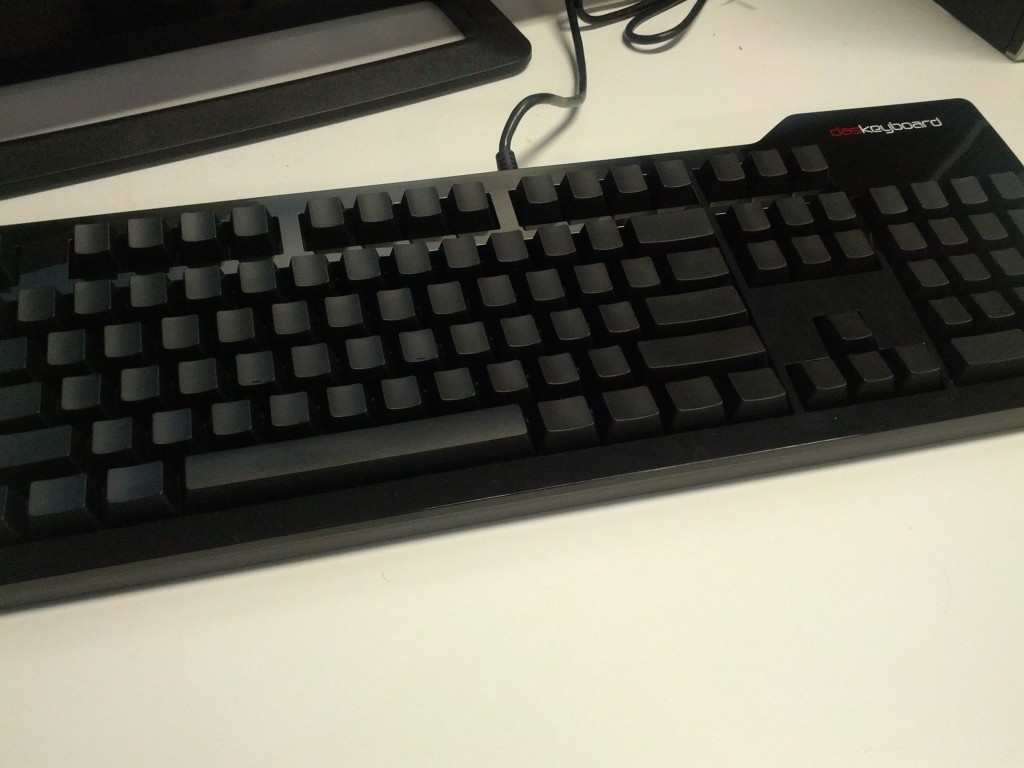 I’ve been using the Ultimate Silent for about two months now, general impressions are:

Personally I’ll keep using the IBM Model Ms as my personal keyboard, they’re great quality keyboards and I love the fact I can keep using something designed in 1980s (mine were manufactured in 1994) on my computer for possible the rest of my life, but I’d be very content with using a Das Keyboard personally as well as professionally if I didn’t already have the Model M.

It always amazes me how often geeks will spend huge money on their computers and then neglect the keyboard or buy something that features lots of flashy lights and special keys, but ignore the most important requirement of good typing ergonomics and performance.

I haven’t tried the clicky version of the Das Keyboard myself so I can’t really compare it – I expect you’d find that the clicky version has a even nicer feedback (like the Model M) but the silent is the better investment if you work near anyone else.

I brought mine from AusPCMarket who have local stock and it arrived in a couple of working days without an issue, otherwise buy direct from Das Keyboards.