Leosticks are a gateway drug

At linux.conf.au earlier this year, the guys behind Freetronics gave every attendee a free Leostick Arduino compatible board.

As I predicted at the time, this quickly became the gateway drug – having been given an awesome 8-bit processor that can run off the USB port and can provide any possibility of input/output with both digital and analogue hardware, it was inevitable that I would want to actually acquire some hardware to connect to it! 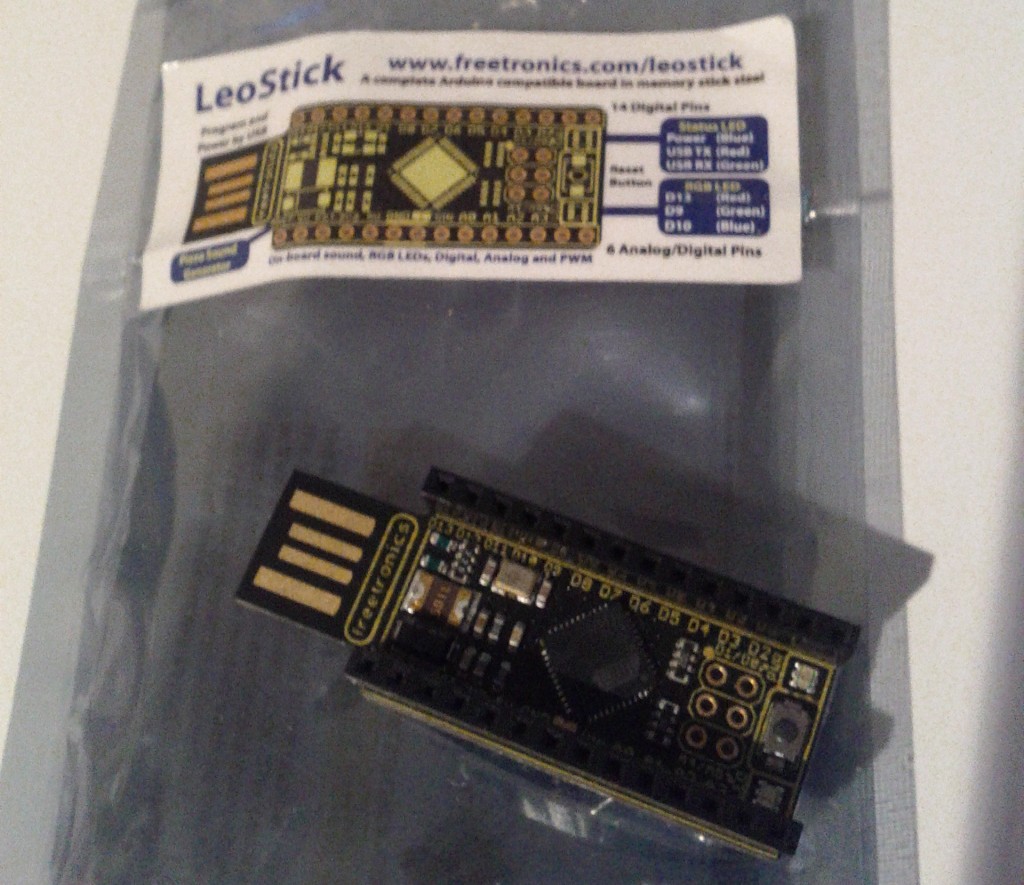 My background into actual electronics hasn’t been great, my parents kindly got me a Dick Smith starter kit when I was much younger (remember back in the day when DSE actually sold components! Now I feel old :-/) but I never quite managed to grasp all the concepts and a few attempts since then haven’t been that successful.

Part of the issue for me is I learn by doing and having good resources to refer to, back then it wasn’t so easy, however with internet connectivity and thousands of companies selling components to consumers offering tutorials and circuit design information, it’s never been easier.

Interestingly I found it hard to get a real good “you’re a complete novice with no clue about any of this” guide, but the Arduino learning resources are very good at detailing how their digital circuits work and with a bit of wikipediaing, got me on the right track so far.

Also not having the right tools and components for the job is an issue, so I made a decision to get a proper range of components, tools, hookup wire and some Arduino units to make a few fun projects to learn how to make this stuff work.

I settled on 3 main projects:

These cover a few main areas – to learn how to talk with one wire sensor devices, to earn how to use transistors to act as switches, to learn different forms of serial communication and to learn some new programming languages.

Having next to no current electronic parts (soldering iron, breadboard and my general PC tools were about it) I went down the path of ordering a full set of different bits to make sure I had a good selection of tools and parts to make most circuits I want.

Ended up sourcing most of my electronic components (resister packs, prototyping boards, hookup wire, general capacitors & ICs) from Mindkits in NZ, who also import a lot of Sparkfun stuff giving them a pretty awesome range.

Whilst the Arduinos I ordered supply 5V and 3.3V, I grabbed a separate USB-powered supply kit for projects needing their own feed – much easier running off USB (of which I have an abundance of ports around) than adding yet-another-wallwart transformer. I haven’t tackled it yet, but I’m sure my soldering skills will be horrific and naturally worth blogging about in future to scare any competent electronics geek.

I also grabbed two Dallas 1-wire temperature sensors, which whilst expensive compared to the analog options are so damn simple to work with and can be daisy chained. Freetronics sell a breakout board model all pre-assembled, but they’re pricey and they’re so simple you can just wire the sensors straight back to your Arduino circuit anyway.

Next I decided to order some regular size Arduinos from Freetronics – if I start wanting to make my own shields (expansion boards for the Arduinos), I’d need a regular sized unit rather than the ultrasmall Leostick.

Ended up getting the classic Arduino Eleven/Uno and one of the Arduino USB Droids which provide a USB Host port so they can be used with Android phones to write software than can interface with hardware.

After a bit of time, all my bits have arrived from AU and the US and now I’m already to go – planning to blog my progress as I get on with my electronics discovery – hopefully before long I’ll have some neat circuit designs up on here. :-)

Once I actually have a clue what I’m doing, I’ll probably go and prepare a useful resource on learning from scratch, to cover all the gaps that I found hard to fill, since learning this stuff opens up so many exciting projects once you get past the initial barrier. 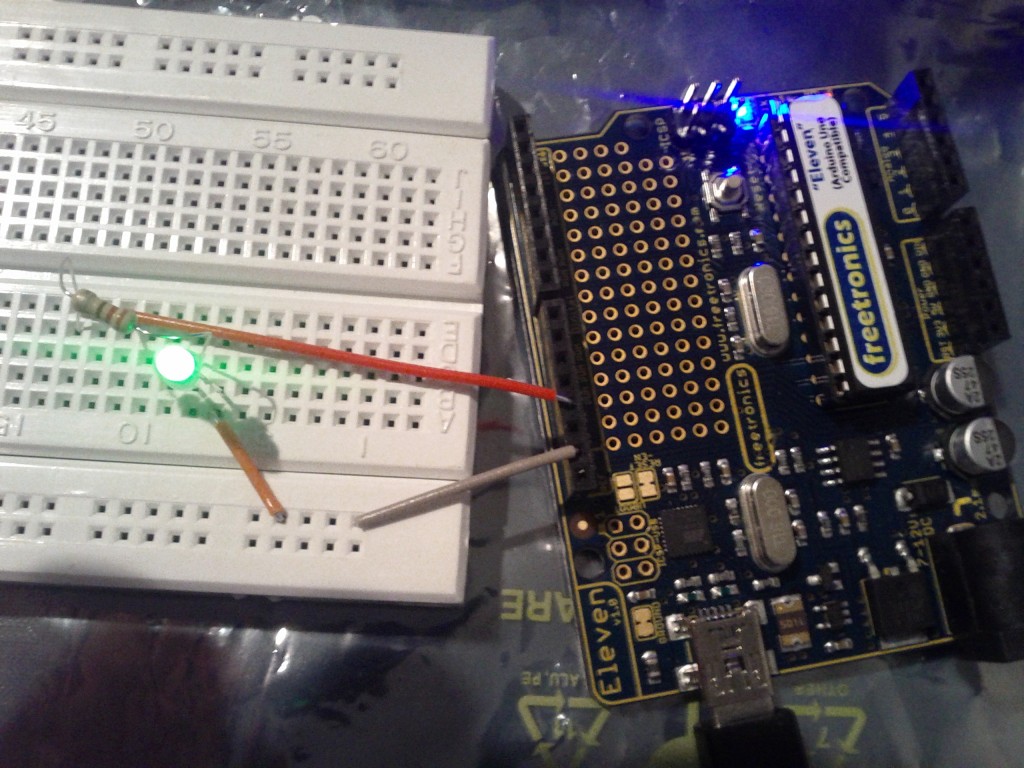 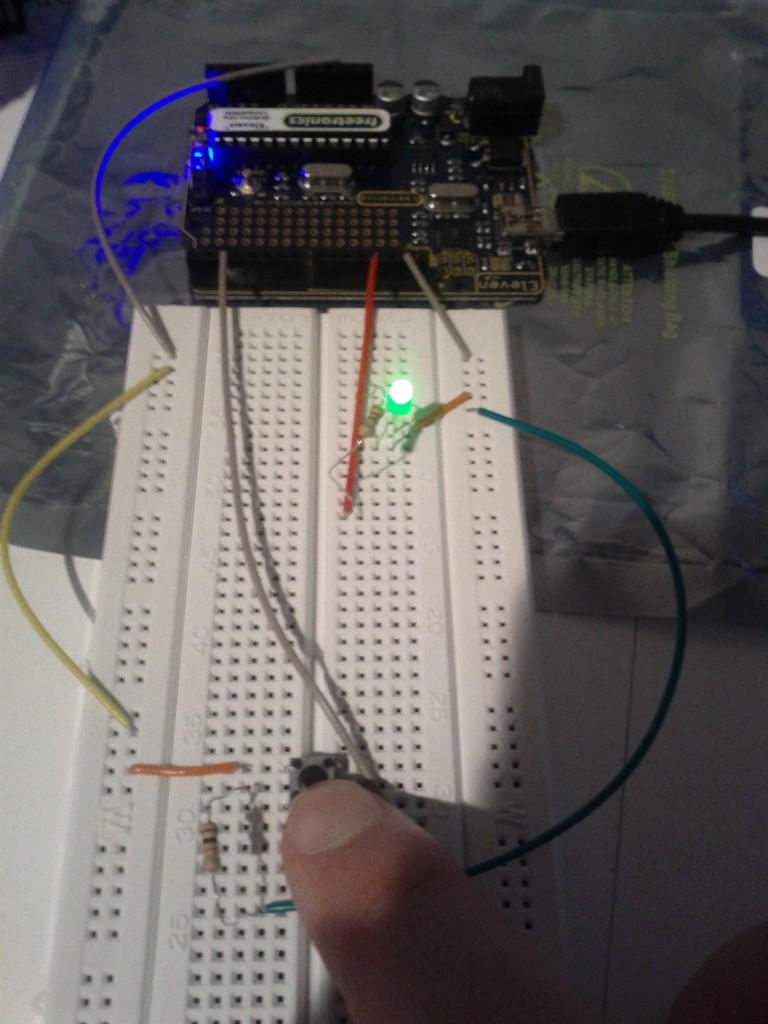 Push a button to make the LED blink! Sure you can do this with just a battery, switch and LED, but using a whole CPU to read the button state and switch on the LED is much geekier! ;-) 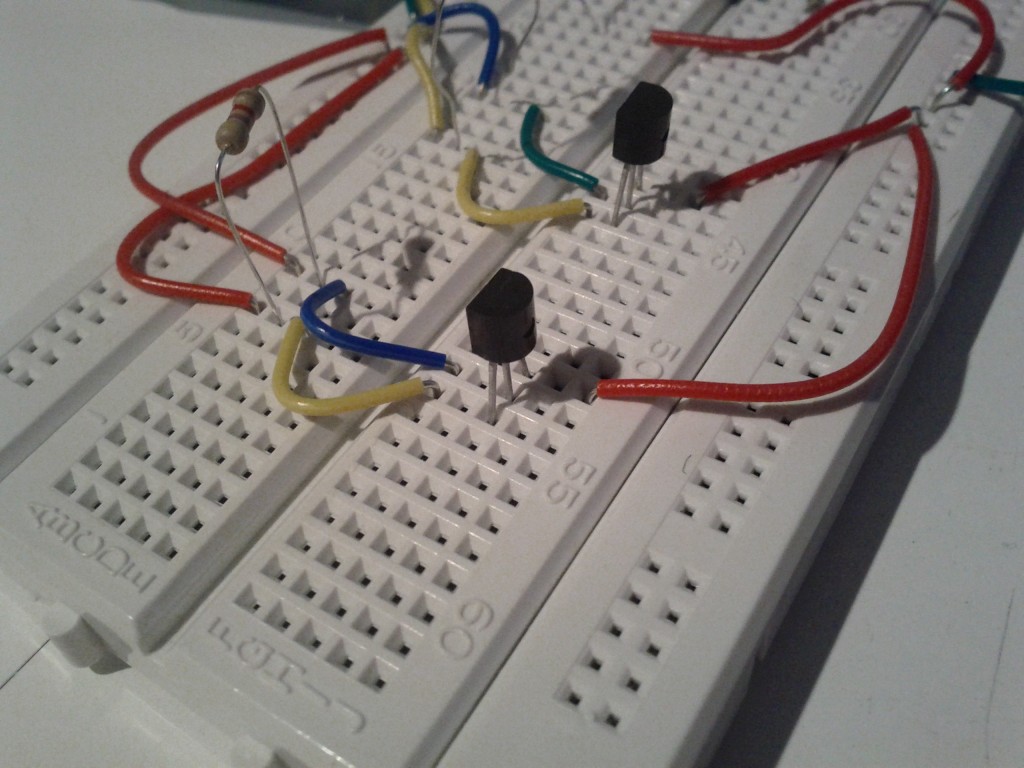 1-wire temperature sensors. Notably with a few more than one wire. ;-)

I’ll keep posting my adventures as I get further into the development of different designs, I expect this is going to become a fun new hobby that ties into my other two main interests – computers and things with blinky lights. :-)

2 Responses to Leosticks are a gateway drug